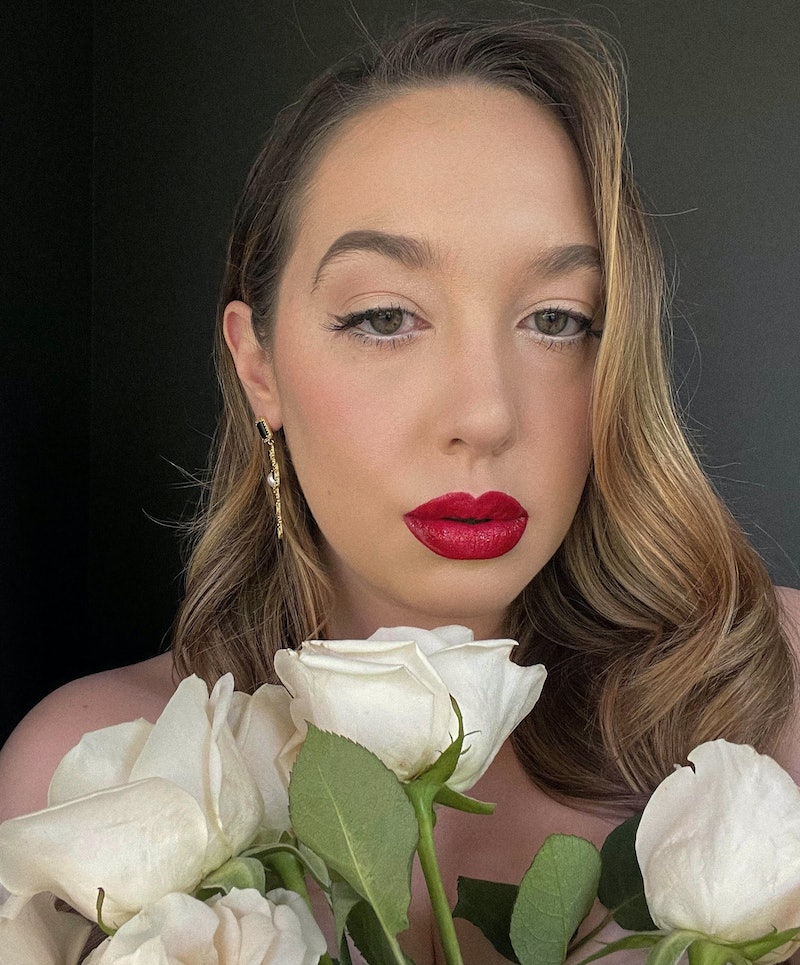 Marilyn Monroe, even today, is widely considered one of the most beautiful faces and figures to ever be captured by a lens. And though she sadly passed away in her Hollywood home in 1962, her impact can still be felt, as even today, her likeness is referred to at length in pop culture.

Most recently, Kim Kardashian famously got her hands on the most expensive dress in the world for the 2022 Met Gala — which just so happened to be the skintight, glittering naked dress she wore when singing ‘happy birthday’ to the former president, John F. Kennedy. What’s more, a new documentary exploring the occurrences before her final fateful night, The Mystery of Marilyn Monroe: The Unheard Tapes, popped up on Netflix, while a fictionalized biopic officially entitled Blonde is set to debut in the coming months, with the actor Ana de Armas portraying Monroe.

While a number of blonde bombshells with ruby red lips were influential in the heyday of Old Hollywood (like Jayne Mansfield and Jean Harlow, to name a few) — it’s really Marilyn most associated with that legendary era and particular look. And though many of her beauty hacks were kept hush-hush by her personal makeup artist, there is a lot that fans do know about her glam secrets ...

I’ve gathered some of the makeup techniques used to achieve her screen-ready skin, sensual eyes, and beautifully contoured lips — and tried them on myself with the products of today.

Long before slugging for bedtime was all the rage on TikTok — Norma Jean would coat her skin with a thick layer of either Aquaphor or Nivea cream just before applying the glamorous look so associated with Marilyn Monroe.

Today, however, there are other ways to achieve a healthy, lit-from-within glow when prepping the face for makeup ... So to tap into that dewy appearance the actor loved (especially when being filmed or photographed), I took a lot of time with the base layer for this MM-inspired look.

With a freshly cleansed face, I applied a serum, some dew drops, and a layer of moisturizing cream. I then added a bit of blurring primer only throughout my T-zone (I tend to get quite oily in those spots), before going in with a layer of medium to full coverage foundation with a radiant finish.

Monroe seldom powdered her face, opting for a sheen allover — though I went in with a light dusting of powder in those oily areas to tend to my specific skin’s needs.

Looking to achieve a heart-shaped look that would catch the light perfectly in black and white film, Monroe’s makeup artist, Allan “Whitey” Snyder, would lightly contour her nose (along the sides, with a heavier amount on the tip), cheekbones, and jawline — without adding any warmth by way of bronzing hues. She then would layer a pinkish-coral blush shade along her cheekbones, a touch on her nose, as well as in the space just above her brows on her temples for that healthy youthfulness.

To finish? Amp up the radiance with a dewy setting spray.

While Marilyn’s eyes looked quite simple in images, there were a lot of techniques she and her makeup artist would use to achieve those stunningly sleepy, bedroom eyes.

To start, her lids were coated in a matte, soft white eyeshadow. Adding some depth, she went in with a taupe-hued shadow to dramatize her crease (which would be a similar shade as she used to contour her complexion). Over top, and especially in the inner corners, she placed a shimmery white shade to add that extra sparkle.

Contrary to popular belief, her wing wasn’t penciled in black — but rather a brown shade that still offered contrast against her light complexion. It wasn’t very thick at all, and was carefully dragged tightly against her lashes to the mid-points of her eyes.

Marilyn would always wear a half lash on the outer edges of her eyes, only further creating that sleepily “weighted” look. And in an effort to make it seem all the more dramatic (no matter what the lighting situation may be), she created a false shadow just below her lashes, using a light brown eye pencil extending from her lower lash line. Lastly, she added a white eyeliner pencil between the top and bottom wings to create further contrast, also using the brightening shade along her entire lower waterline.

Add a bit of mascara, top and bottom, and the eyes are complete.

How Marilyn Monroe Contoured Her Lips

When Marilyn was dressed as her most glamorously Old Hollywood self — she certainly made sure to adorn her lips in the juiciest, ruby red shade ... And much like the rest of her makeup routine, it took a few steps to achieve the iconic look.

As a first step, her lips were lined with a darker red pencil, with the goal of making her lips as luscious and plump as possible. Once the shape was mapped, she then went in with a deep red hue similar to the liner shade, focusing the pigment on the outer edges for added depth. Next, a brighter (and lighter) red-hued lipstick was placed at the center of her pout, not dissimilar to subtle ombré effect. Next, Whitey would blot her lips, and begin the exact same lip routine contour routine, layering the same products once more for a pillowy, plumping effect. Sometimes, he may even repeat that same process a third time, building up the volume of product on her lips.

As the final finishing touches, a small amount of white powder was patted into the center of her lower lip for a highlight that stayed put no matter what lighting she happened to be in, and further enhanced the look of fullness. Then, a light layer of gloss topped the entire lip look for a truly perfect pout.

While quite meticulous, I must admit, I felt beautiful using the makeup techniques the starlet once wore.

As a lover of dewy skin, the routine wasn’t all that dissimilar to skin prep I’d use with a more full coverage foundation, or say for an event or night out. The eyes were surprisingly easy to achieve, and the faux shadowed wing on the lower lash line truly tricked the eye (even to those who saw me in person). The lip contouring and tireless layering felt somewhat excessive — though I do love the effect that a small amount of white shadow has on the lower lip, creating dimension and fullness.

Though certain aspects of her routine felt much like stage makeup (which makes sense for her, of course), the Old Hollywood-inspired look is surprisingly wearable, and I may just turn to her hacks in the future.