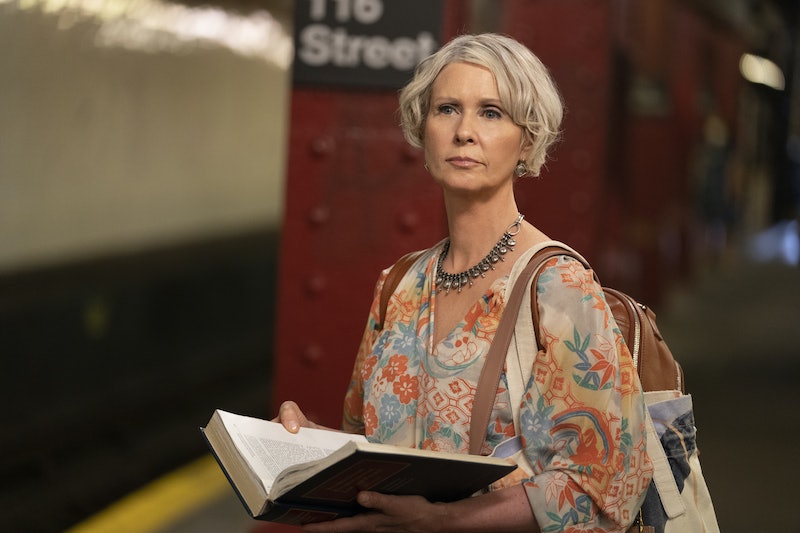 Drumroll, please. Miranda Hobbs is back, with Cynthia Nixon in the driver’s seat, for the much-anticipated Sex and the City re-boot, And Just Like That. For this 2021 iteration of the New York women-focused series, Miranda still maintains her slightly-disheveled, buttoned-up corporate appeal that the world remembers from the first decade of SATC. And she still dresses the part, though Miranda’s outfits on the Sex and the City reboot have been modified just a bit.

With AJLT, Miranda shows off her slightly softer side. She’s left the corporate lawyer world to study more humanitarian work and to use her degree to help others in need. She is going back to school and her buttoned-up appearance has been given a little bit of a colorful boho vibe that was a rarity before.

She’s mixing and matching tops with skirts for a modern take on the workwear suit, choosing dresses with a bit more color, and relying on accessories like platform sandals and 2000s-era belts to bridge the gap between the person she once was and the one who she is becoming.

From first-day-of-school looks to the suit she chose for a major funeral, see everything Miranda Hobbs has worn on And Just Like That so far. Spoilers ahead.