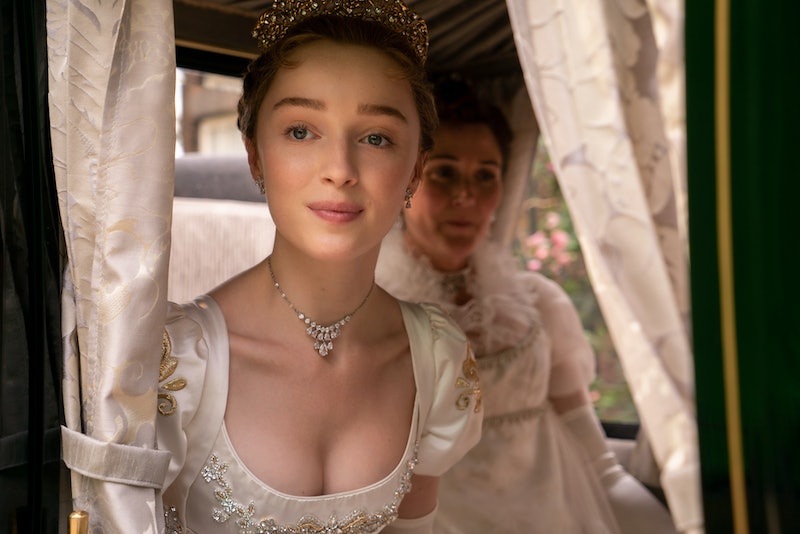 Phoebe Dynevor shot to fame during the first season of Bridgerton, in which she played lead Daphne Bridgerton. Her love story with The Duke captivated us all, and became the fixation of 2021’s lockdown. Dynevor herself also became a figure of fascination for her fashion and beauty credentials also, which many have followed from the onset. And those interested in her look may be intrigued to know that Phoebe Dynevor just dyed her hair red — and it looks totally epic.

The actress shared a quick sneak peek of her new ’do via Instagram, and it’s sure to send fans wild. The rich, fiery hue suits her perfectly, and what’s more, she’s also had fresh bangs cut in, giving her a new style as well as colour.

Dynevor got her colour and cut done at renowned London salon Josh Wood (by by Mads-Sune Lund and Nicholas Hardwick, I have been told), where many of the stars go for their perfect manes. We’re yet to see anymore snaps of the Bridgerton star’s hair, but it’s certainly a change from the lighter locks we’re used to seeing on her. During her time playing Daphne Bridgerton, Dynevor sported a golden blonde colour, which she’s stayed close to ever since she finished filming.

If you like the new look on Phoebe and fancy trying it for yourself, there are a few ways to achieve it. Those with light hair are best off going to the salon, but anyone with brown or red locks may be able to try some products at gome. For example, the Josh Wood Copper Gold Semi-Permanent Treatment Gloss is ideal, and for anyone wishing for a more vibrant orange, you could try Bleach London’s Tangerine Dream Super Cool Colour, which will transform hair to be brighter and bolder than before.