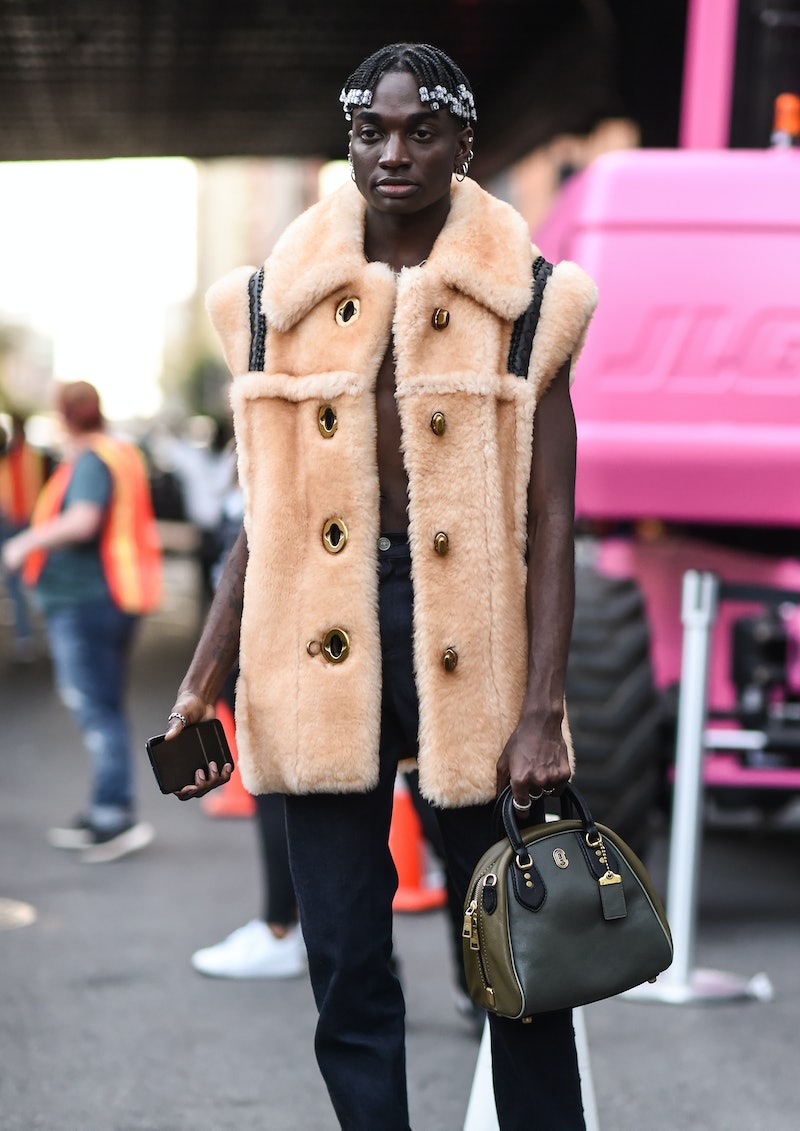 It’s virtually impossible to not break out in raucous laughter after watching one of Rickey Thompson’s comedy videos. Whether he’s sharing his skincare routine, dancing around his living room, or creating a makeshift fashion runway in his bedroom, Thompson has a knack for taking seemingly mundane activities and making them suddenly hilarious. His Twitter bio puts it simply: “I like to make people laugh, that’s all.”

But beyond the nonstop laughs, Thompson is also ⁠— in his own iconic words — booked and busy. Most recently, he teamed up with Axe to find a date to Teen Vogue’s virtual prom, which meant that he was on the receiving end of several epic, over-the-top promposals. “I was super excited about this because I’ve never gotten a promposal before,” Thompson tells Bustle. “It was so much fun. When I heard that Axe was giving me the opportunity to give back to students who weren’t able to enjoy prom this year, I was like, ‘Oh my gosh, I’m 100 percent down.’”

Another key item on his daily agenda? Maintaining his fitness regimen. “I’ve been working out a lot to get my mind off things,” he says. “I want to look my absolute best when we come out of quarantine. I get the blood flowing, and I feel so good right after.”

Exercise, he explains, also puts him in the right headspace to stay creatively motivated — something that’s essential when you’re a major internet personality who’s expected to churn out new content as frequently as possible. He says his inspiration comes from “literally anything.”

“I’ll be looking at a poster and I’m like, ‘That’s something to rant about,’” he shares. “Or I’ll just be bumping music, and I really want to put people onto a song, so I’ll make a cute dancing video to it. It’s that simple.”

And for Thompson, no scripts or pre-planning are involved in his production process. “I don’t ever plan my videos,” he reveals. “It’s always: prop the phone up, record, and that’s it. I’m like, ‘Whatever comes to mind, OK, cute.’”

He translates that free-flowing philosophy to his personal style as well. Below, Thompson walks Bustle through his favorite fashion trends of the moment, in addition to the look he says he wishes he could pull off (but, in all fairness, still manages to pull off anyway).

Easy breezy is the way to go, especially as temperatures start to rise. “I love, love, love wearing flowy things for summer,” he says. “I love a flowy shirt. I love a flowy pant.”

“They’re cute for summer because it’s hot,” Thompson says. “It’s so easy to put on the matching set. And I love bright summer colors: the oranges, the greens, the pinks.”

When he’s in a fashion funk, Thompson looks to his favorite decade. “Right now I have a very specific uniform, and that’s just anything from the ‘90s,” he shares. “I want people to look at me and be like, ‘Oh my God, you look like you’re from a ‘90s teen movie.’”

Thompson sometimes calls into question the denim staple that no one could escape in the early 2000s — even though they’re a fashion fixture on his IG. “[They’re] the concept that even I can’t rock,” he shares. “I wish I could, but I’m just not able to.”