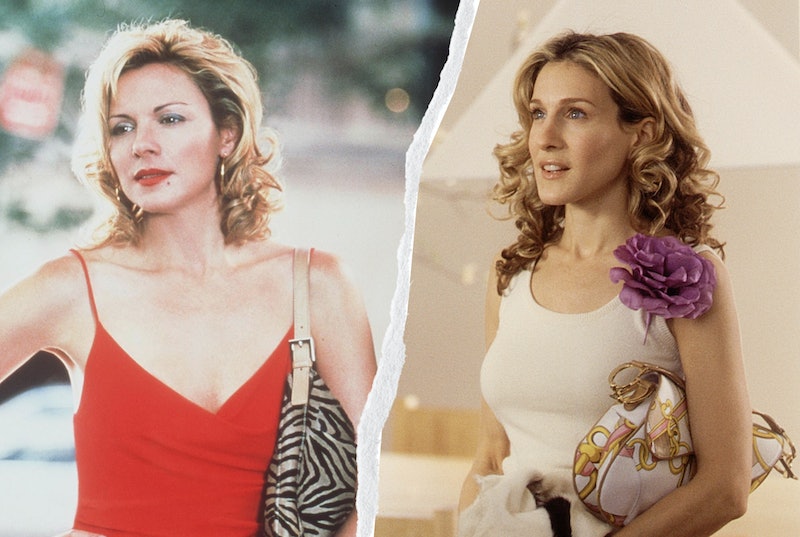 As fans wait in anticipation of the next chapter of Sex and the City in the upcoming series, And Just Like That…, it’s tempting to reacquaint yourself with all the stellar fashion from the original. All four of the besties — Carrie Bradshaw, Miranda Hobbes, Charlotte York, and Samantha Jones, the latter who won’t be returning — were known to pull out all the stops when it comes to their looks. They each had their own signature style. Charlotte was the Upper East Side princess in Kate Spade, A-line dresses, and casual preppy styles; Miranda was the chic, power dresser who loved suits, pencil skirts, and structured tops in smart colors; Samantha took a glamorous approach with sequin dresses, mini skirts, and plunging necklines. And Carrie was the most adventurous of the 3, who would try every single trend from wearing birds on her head to strapping a belt around her bare torso.

Patricia Fields was the genius behind the looks in the OG series, though she will not be returning to the re-boot due to a scheduling conflict, at least for the first season. And while she hit all the major trends of the era with fervor, she wound up creating some trends in the process. A whole generation of New York women flocking to their nearest department store to buy Manolo Blahniks is proof.

From overalls to slip dresses; print mixing to tube tops, here are 10 outfits from Sex and the City that you’ll never stop thinking about.