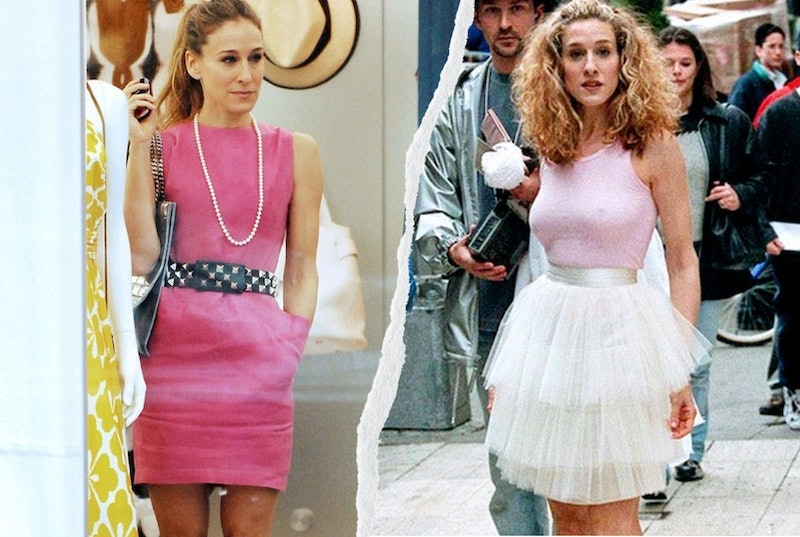 The Sex and the City reboot is on the way. With the help of HBO Max, producer and star Sarah Jessica Parker just announced that there will be another chapter to the SATC series, which originally debuted in 1998.

The Sex and the City reboot, titled "And Just Like That...," brings back the original cast members Sarah Jessica Parker, Cynthia Nixon, and Kristen Davis, sans Kim Cattrall, who won't be returning. The aforementioned 3 stars, along with the original writer Michael Patrick King, are also signing on as producers.

There's no word yet if costume designer Patricia Field will return, but fans are holding their breath in anticipation. After all, it was her extraordinary eye that made fashion the show's fifth main character. Field created for Bradshaw a wardrobe like none other. From thrift shop finds to high-fashion designer pieces — alongside a Manolo Blahnik collection that rivals the designer’s own archives — Field's work turned Carrie into a style icon who still dominates Pinterest boards today. (And fun fact: she was also the genius behind Emily's style on Emily In Paris).

Many of Carrie's signature looks are now timeless style staples, like her famed tutu skirt, her naked dress for her date with Mr. Big, her newspaper dress by John Galliano, and her aforementioned Manolo Blahnik collection.

For the coming HBO Max production, Bradshaw is sure to continue her head-turning approach to fashion. But perhaps, she'll trade in her Manolo's for Christian Louboutin pumps or shoes from her own SJP collection. And she would hunt through her closet for the '90s favorite Fendi baguette bag and Dior saddle bag which are style very much in style. And, while her signature tulle skirt is sure to make an appearance, she may also continue unexpected pairings like sequins with denim and lingerie for day.

Read on for fun and whimsical Carrie Bradshaw-inspired pieces you can shop right now, ahead of the Sex and the City reboot.