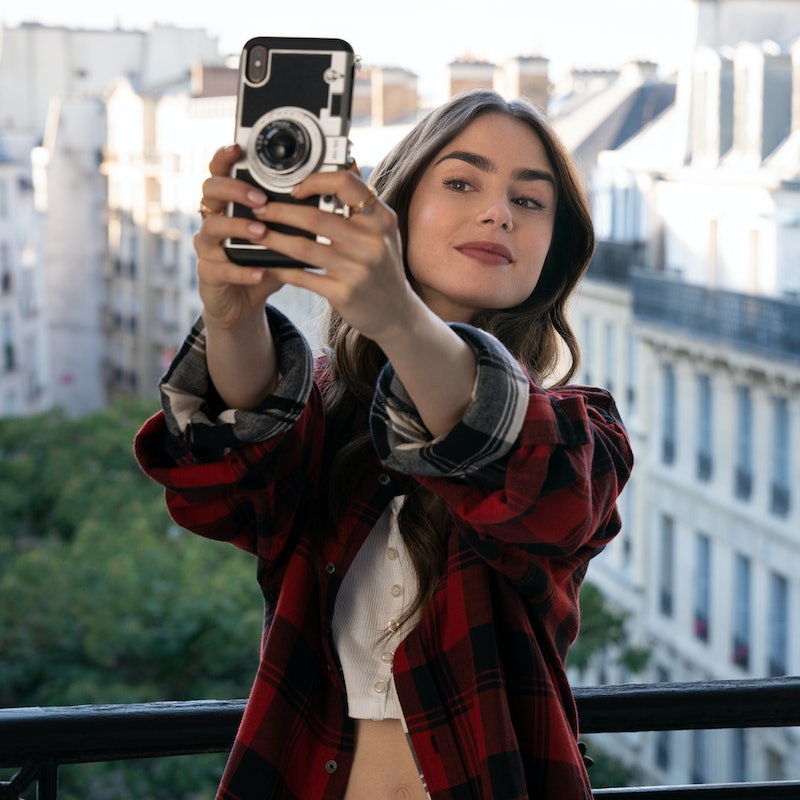 The latest Netflix sensation to take your laptops and televisions by storm is Emily in Paris, starring Lily Collins. It's inspired strong reactions on both sides of the spectrum, with some binge watchers booking trips to Paris to relive Emily's escapades, and others wanting to throw a heavy object at the screen. But independent of the storyline itself, Emily in Paris fashion seems to be a hit.

The series was set up for stylish stardom from the get-go. Costume designer Patricia Field (of Sex and the City fame) oversaw it all, including a massive partnership with Chanel, lending looks upon looks to be worn by the Netflix star.

Fashionista recently reported on numbers generated by shopping platform Lyst, which prove that Emily in Paris outfits are spiking on search. Lyst reports a 342% rise in Kangol bucket hats, an 100% rise in red berets, and a 92% rise in Marc Jacobs jelly snapshot camera bags, to name a few.

It seems that, no matter your opinion on the show itself, you're at least searching for some of the fashion. And, if you’re personally not, it’s likely that all of your friends are.