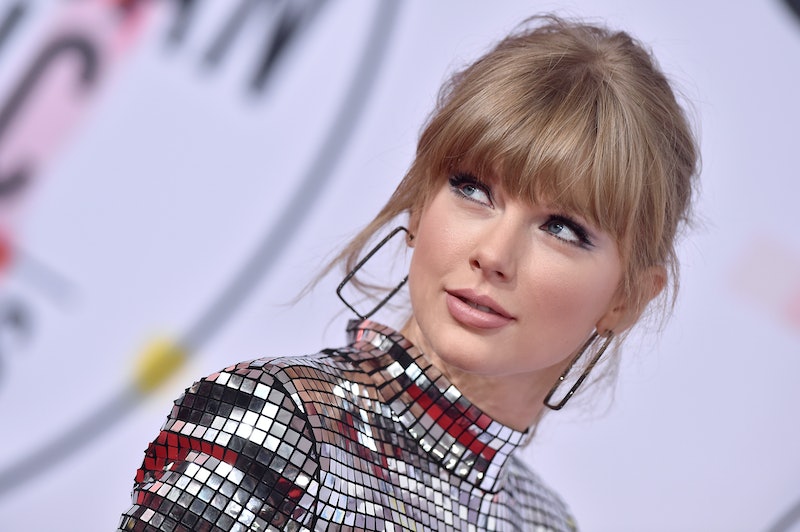 It looks like any potential bad blood between Taylor Swift and Amira Rasool, founder of the e-commerce site The Folklore, which sells high-end and emerging designer brands from Africa and the African diaspora, may be getting squashed.

Last week, Rasool took to social media to point out the similarities between her brand’s logo and the logo that was reportedly being used on forthcoming merchandise tied to the release of Swift’s surprise quarantine album called Folklore. The out-of-the-blue album drop sent Swift fans into a frenzy, with the hashtag #folklore trending for days on end.

When it comes to the merchandise, although the typefaces differed, Swift’s team used similar design treatment of “the” being off to one side in a smaller font. Some discerning observers wondered why “the” was being used in the first place, especially given that Swift’s album title is simply “folklore.”

Rasool, on the other hand, has been using her logo since launching The Folklore in 2018. After she went public with this discovery, Swift’s team said they would remove “the” from the merchandise, which hasn’t been produced or sent out yet.

“I commend Taylor’s team for recognizing the damage the merchandise caused to my company @TheFolklore’s brand,” Rasool said on Twitter. “I recognize that she has been a strong advocate for women protecting their creative rights, so it was good to see her team is on the same page. It was a great first step and we are in conversation right now with Taylor’s team about the next steps to make this situation right.”

Earlier today, Swift responded directly to Rasool, saying that she plans to contribute to her company and to the Black in Fashion Council, which is officially launching next week. “Amira, I admire the work you’re doing and I’m happy to make a contribution to your company and to support the Black in Fashion Council (launching on 8/3) with a donation,” she said.

Rasool responded by thanking the singer and wishing her all the best.

More like this
Kendall Jenner Wore A $38 Sweater & Sports Bra For A Chic Workout Fit
By Allie Fasanella
Prada’s Cleo Bag Is Deliciously ‘90s & Celebrities Are Obsessed
By Allie Fasanella
Khloe Kardashian & Emma Grede Promise Inclusive Fitting Rooms In New Store
By Allie Fasanella
4 Chic Outfits To Wear With Loafers, According To A Fashion Editor
By Bella Gerard
Get Even More From Bustle — Sign Up For The Newsletter