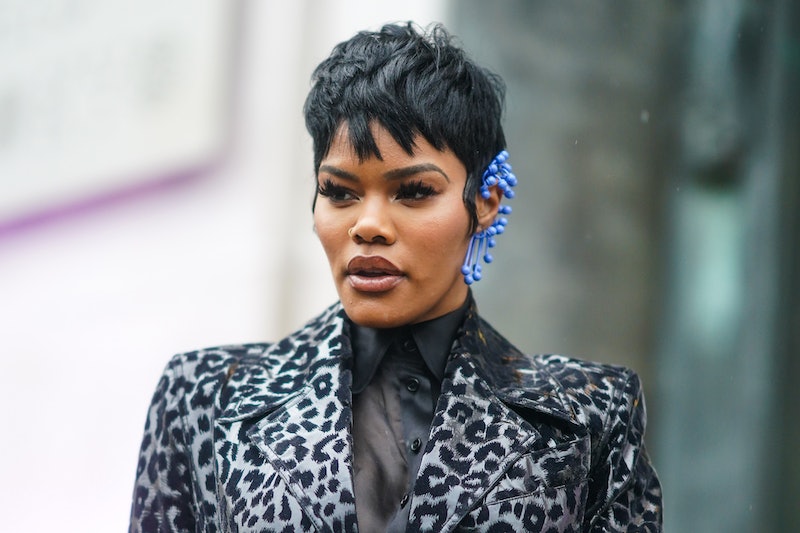 Teyana Taylor is continuing her evolution. The singer-songwriter, actress, dancer, choreographer, and model is adding a new title to her already lengthy and impressive résumé: fashion brand executive. In December, the 30-year-old multi-hyphenate joined PrettyLittleThing as its creative director in a yearlong partnership deal. It’s a role she’s been working toward for quite some time.

“As a kid, I was always the one walking around, dancing, and saying, ‘Y’all know how to dance but I’m going to choreograph,’” Taylor tells Bustle. “You know I always had a boss mentality. I always felt like my journey — what I was here to do — was to help others bring their visions to life. I’ve always been an overseer, just wanting to be 100 percent creatively involved in everything I do.”

Taylor will creatively direct upcoming campaigns for the brand, in addition to launching two of her own collections. The first will launch in January 2021 and feature styles influenced by Taylor’s Brooklyn roots.

“Being a creative director, it isn’t just sitting down at the board,” she says. “I won’t be sitting at a table just designing. You get to really explore your ideas. There’s so much you get to do — it’s really exciting.”

Considering Taylor’s new role at the fashion e-tailer and the fact that she’s a quintessential ‘90s kid, shoppers can expect to see a lot of sartorial influences from that decade in her forthcoming collections. So, which ‘90s fashion trends are some of Taylor’s absolute favorites? Read on to find out.