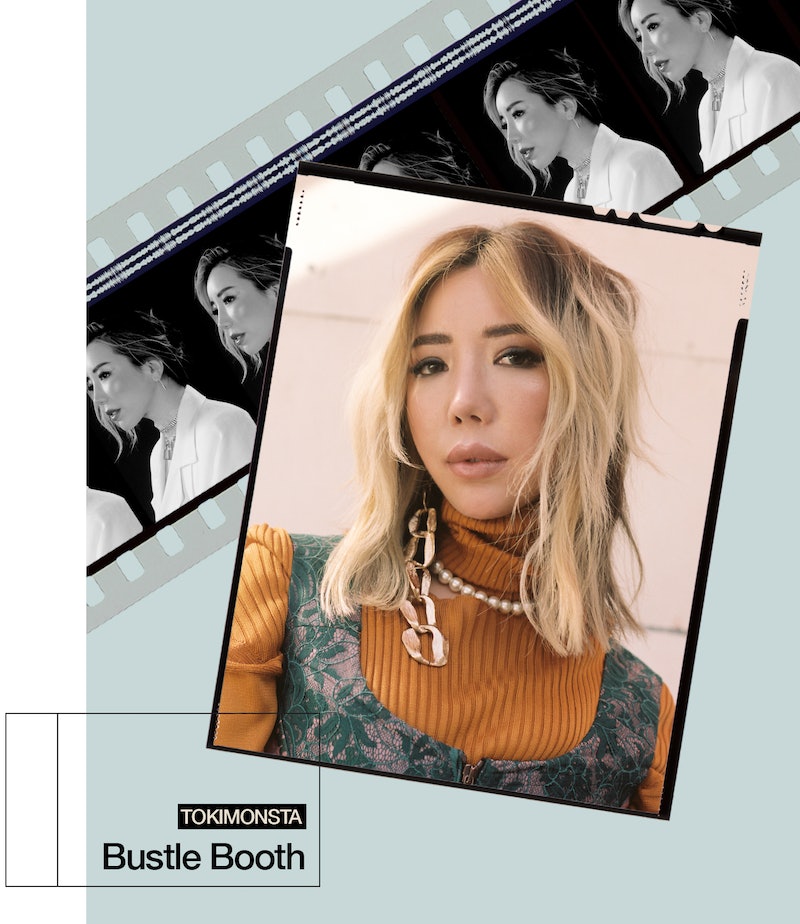 Jennifer Lee isn’t new to the festival scene. The Grammy-nominated musician and founder of Young Art Records, whose songs and mixes regularly rack up hundreds of thousands of views on YouTube, has played her fair share of crowded venues.

The 33-year-old producer and DJ is gearing up for yet another appearance at Splash House, a festival series in sunny Palm Springs, California that showcases house and disco music. This year, it’s taking place over two weekends in August, and Lee is among the headliners for the first weekend.

While the California desert is indeed euphoric, in the middle of August, it can also be scorching hot. Lee takes that into consideration when prepping her wardrobe for festival performances.

“There’s always this balance of, ‘I want to look really dope, but I also can’t wear sweats or a leather jacket if it’s going to be 110 degrees outside,’” she says. “I want to be comfortable and as chic as I can, but in functional fashion.”

That could mean an oversized silk blouse, silk shorts, and even long robes. “Matching sets are something that I’m also really into right now,” Lee says.

Lately, her overall style includes funkier prints and pops of unexpected colors. It’s a departure from her early days coming up in the music scene, when she wore a lot of black and went for more muted looks.

“Now, I’m trying to go for a psychedelic professional,” she says. “That’s where I’m at at the moment — a little edge of a tiny mushroom trip. How can I do color in a fun way that is also chic and has some component of structure to balance out the wildness?”

Get to know Lee — from the TV show she got obsessed with during quarantine to what’s inspiring her lately — in the Bustle Booth Q&A below.

Maybe “I’ll be back.” At some point, that’s something that always comes up in my vocabulary.

90-Day Fiancé. I’m so obsessed. It’s so bad-good. I got into it during the pandemic. Me and my boyfriend would just sit at home, watch 90-Day Fiancé, and take shots. It was pretty fun.

Maybe I could do Chopped.

“No Scrubs” by TLC. I just did karaoke with my friends the day before yesterday.

I’m inspired by being present and going out a little again. Obviously I’m very conscientious about COVID because it’s especially bad over here. But just being outside and enjoying summer has been inspiring to me, being around the outdoor energy. Everyone else being outside has put me in a creative space.

I would hope they would think I make good music. That would be my major number one. Honestly, I try not to think about other people’s opinions too much. But hopefully, if people like music, that would be the nicest thing I could hear from someone.

More like this
Bella Hadid's Flare Jeans Under A Dress Outfit Is So Nostalgic
By Allie Fasanella
Genius T.J.Maxx Shopping Hacks For Sales On (Almost) Everything
By Kelsey Stiegman
These Are Kylie Jenner's Best Paris Fashion Week Looks... So Far
By Dominique Norman
10 Corsets That *Actually* Work For Big Boobs
By Bella Gerard
Get Even More From Bustle — Sign Up For The Newsletter