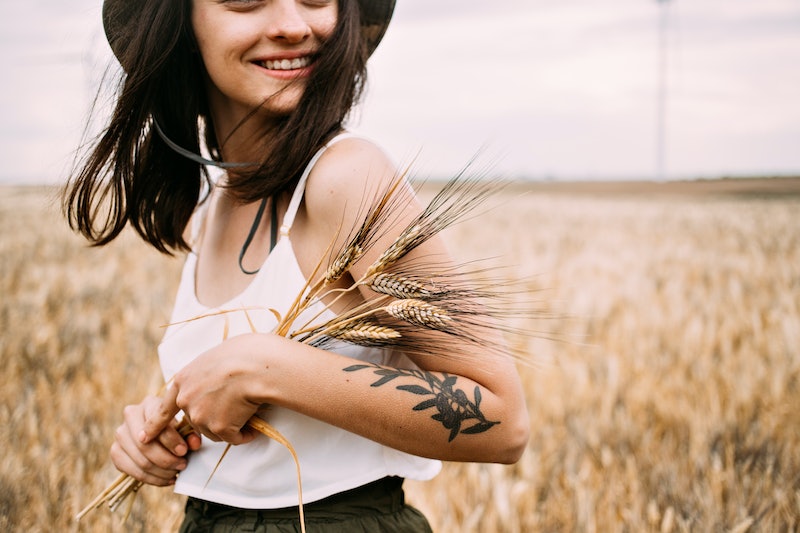 At least a few times each year one or two of my tattoos become raised at the same time. For at least a decade, I’ve wondered ‘Why does my tattoo feel raised?’ It took some careful observation and process of elimination to determine it was the same two tattoos that would become raised at the same time. My first suspect was, of course, my favorite tattoo artist from New Hampshire who had done me the favor of numerous piercings and tattoos throughout my life.

Before I launched into a full investigation filled with accusations and betrayal, I had to do some digging on my own. Since my tattoos rarely become raised, it was pretty much years before I got in a routine of looking at outside factors. What was I doing when my tattoo became raised? What was the temperature during the alleged tattoo raising? I realized that it always occurred during the summertime, but I still couldn’t figure out why my tattoos raised.

Jaz Paulino, key tattoo artist at Fleur Noire Tattoo in New York City, says it can happen due to a variety of factors. “Think everything from sensitive skin, allergic reaction, scratching, a heavy-handed artist, placement, the density of design, and ink concentration,” she says. “All of these could be a reason as to why your tattoo rises.” Paulino continues, explaining that “the pigments [in your tattoo] are considered an alien agent to the skin. Sometimes skin will react to such intrusion as a harmful agent, and therefore, produce hormones to try to break down the pigments causing the skin to be extra sensitive and react.”

If you're also feeling baffled by your tattoo's random raising — or your planning to get new ink and want to be prepared — Bustle’s got you covered. Read on for three main factors that can cause tattoos to rise, according to experts.

1. An Allergy To The Ink

While it doesn’t happen often, you may find yourself suffering from an itchy, inflamed tattoo shortly after your appointment because you are allergic to the ink. “Allergic reaction causes the skin to inflame due to certain pigments not agreeing with the body,” Paulino explains. “And different inks have different cellular structures which can lead to blockage and inflammation.” If you’re getting a black or white ink tattoo, you’ll most likely be fine. It’s red and yellow inks that tend to be the most common irritating pigments according to many tattoo forums.

An allergic reaction to the pigment(s) used on your tattoo may also occur if you have a skin condition. If you have sensitive skin, or more serious conditions like eczema or psoriasis, make sure you talk to your tattoo artist and dermatologist prior to tattooing and during the healing process.

The good news is if the random raising is due to an allergic reaction, isn’t painful, and doesn’t happen frequently than you don’t need to panic. Aloe vera, coconut oil, and even a mild topical allergy medication can bring down the bumps instead.

Hot and humid weather can be a sneaky culprit. “Denser tattooed areas as well as scarred areas will sometimes get swollen and itchy on rainy days because the humidity in the skin can’t ventilate properly,” Paulino explains.

Other environmental stressors can wreak havoc on your ink as well, so make sure you think about sun exposure when considering where to get your new ink. If you live in more humid climates (or just spend a ton of time outside around the summer months), always use an SPF or try to keep your ink covered by clothing.

If your tattoo is raised because of the weather, make sure you do NOT itch your tattoo. Scratching and picking at your tattoo can cause irrevocable damage to both the tat and your skin, which you definitely don’t want. Help treat the irritation by applying a nice emollient to keep your sooth and preserve your ink.

Yes, you could be the culprit behind your raised tattoo. Even if you didn’t have eczema or another skin condition that could dry out your skin before, it's always possible to develop them later in life — after you've added some ink to your skin. If your tattoo is painful, itchy, or inflamed for long periods of time, it’s best to seek a doctor’s advice ASAP.

Most often than not, your tattoo will return to its normal self in no time even if you don’t apply a topical anti-itch solution. If your tat is not already healed, check with your artist and make sure you aren’t suffering from an infection or a seriously botched work of art. Otherwise, a little bit of bumpiness is no reason to fret.

This article was originally published on July 14, 2015