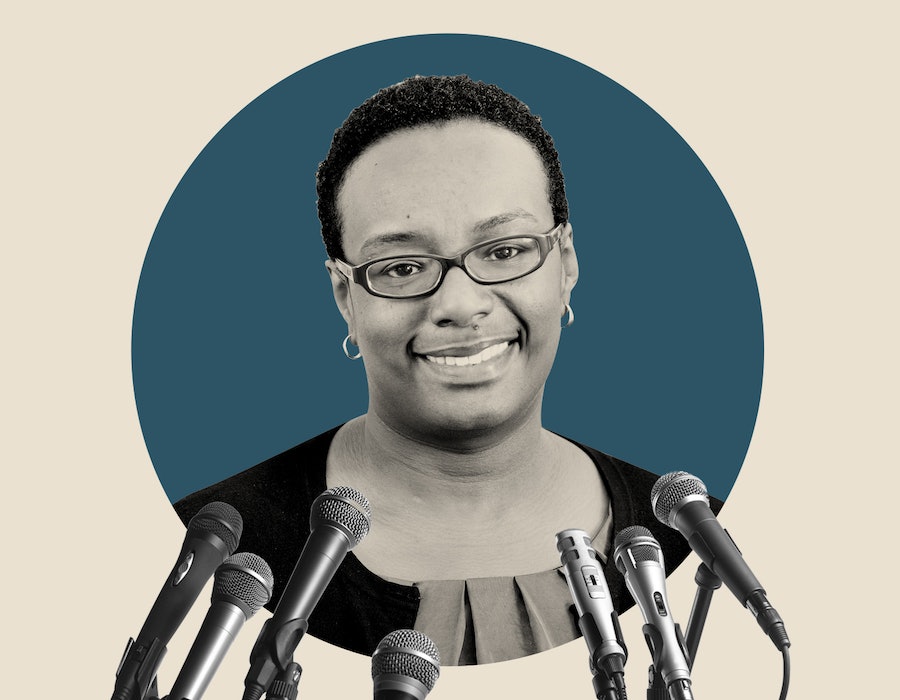 Beronda Montgomery is an award-winning biologist and professor at Michigan State University whose debut book dives into the world of plants. Often seen as something static, plants are actually able to perfectly adapt to their surroundings, even without senses like our own.

In Lessons From Plants Montgomery shows the knowledge gained from nature can be adapted to help humans in our own lives and wider society. Speaking to Bustle, she explains that some of the best life lessons can be learned from plants. “We are who we are [...] primarily because of the environments in which we find ourselves,” she says.

Biology has always been something Montgomery has been enthusiastic about, yet women are still underrepresented in the field. According to a 2015 report by the National Center for Education Statistics Black women only made up 2.9% attending higher education institutions who earned STEM degrees. And while Black women are underrepresented in STEM, it’s less about encouraging girls into science, Montgomery says, and more about adults believing in them and supporting their passions. “ I think Black girls have an interest in science naturally,” she says.

We spoke about overcoming obstacles in science, being in spaces where you are the minority, and the cathartic joy of writing.

Niellah Arboine: What drew you to biology and plants specifically?

Beronda Montgomery: I developed an early interest in biology, probably in middle school. For a long time, I was going to be a lawyer. It was taking a plant physiology class that got me really excited about plants because, until class, I didn't think plants were as exciting as other biological organisms. It was first my love for biology and then a class on plants.

NA: How can we get more girls and specifically Black girls into STEM and biology?

BM: The biggest challenge is to see them as scientists. You see Black girls, like any children, playing in nature and enjoying being out in nature. I think it's often the adults who don't see them as scientists. That becomes a barrier for them. I think most of the work is on adults and teachers and scientists to see the excitement of Black girls the way they see the excitement of others and actively invite them in.

NA: You’ve written a book Lessons From Plants. What advice do you have for anyone who wants to get into writing?

BM: I think that the easiest way into writing is to see writing as a path for documenting our self-reflections. Most of my writing started when I was young, keeping diaries and journals as a way to just document my reflections on the world. I think over time that became a really important tool for me to process the world.

NA: What was the process like for writing this book, in particular?

BM: I'm a practising scientist so I'm writing lots of other things. Writing books is not normally a part of many practising scientists’ lives, but I got the invitation to write it. It became actually a kind of haven to get away from the writing that's required for my primary scientific work, so it started to become really a nice place just to sit within and process my thoughts about plants.

NA: What’s the best lesson you have learned from plants?

BM: I think as humans we place so much pressure on ourselves for how we came to be. And it's really also about the environments that are around us and the other beings with which we live. I think once you understand that it allows you to open up seeing yourself as an individual but also see yourself in community and understand the importance of that.

NA: Have you faced any obstacles within your profession and how did you overcome them?

BM: There are these dual obstacles of working in spaces that are primarily very much built for white people and also built for men. Entering that space as a Black woman, I come from a challenge of being from a group that is minoritised racially, but also from my gender. Part of the way that I've dealt with that is to just understand the systems as they are to understand how to exist in the system.

NA: What’s the best career advice you have been given?

NA: Who have been some of your biggest inspirations?

BM: My mom grew up in the southern part of the U.S. during a time where they were still legal restriction between races, and to see all that she's accomplished despite having that kind of start — her perseverance has really inspired me over the years.

NA: And what advice would you have specifically for young Black people who want to get into science and biology as a career path?