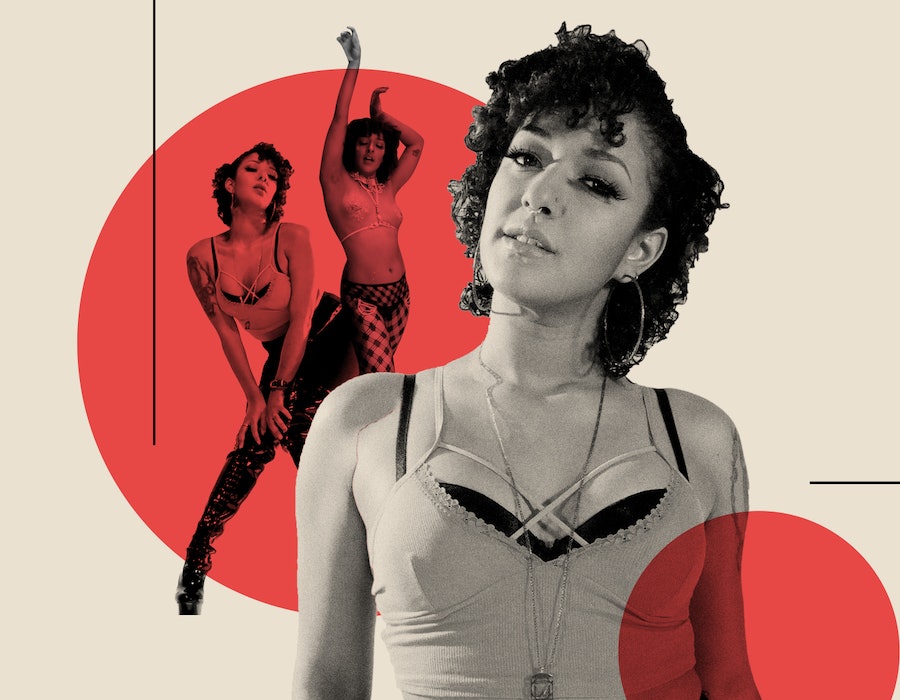 The interracial tag absolutely perpetuates racist stereotypes — there’s no question about that. It perpetuates the concept that there’s something taboo about interracial sex; that it’s not normal or culturally acceptable. It’s racism, plain and simple.

In sex-positive communities, there’s an idea that as long as everyone involved is a consenting adult, then any fantasy is OK. But one problem with racist interracial scenes is that they’re not always consensual. I very vocally don’t consent to these kinds of scenes, but they’re still tagged that way after the fact.

One time, I got called to LA for a standard boy/girl scene. It was a fun scene, went smoothly, and my partner — a white male — was great. I thought everything went well, but when the scene came out DVD a week or two later, the title was “Black Wives Matter.” I had no prior knowledge of that until I saw myself on the box. Later, I found out that no other performers knew. Even the director didn’t know — the company that produced it just titled it on their own. Sh*t like that happens all the time. Things are given racist titles and promoted in a way I don’t agree with.

There’s a whole stereotype of 'ghetto' or unsophisticated Black women, and, for a lot of performers, those are the only opportunities on offer.

For example, a lot of sites don’t allow rape fantasies. If the site doesn’t allow rape fantasies, why should they allow racist fantasies? Scenes with interracial performers are great, but the companies and sites need to reconsider how they title, tag, and direct them. They don't have to include the same tired stereotypes.

One argument against taking away the interracial tag is that customers won’t know what to search for. But we train our customers on how to search for things by how we tag and title them. So, whatever terminology we collectively choose to use is how they learn to do their searches. It’s actually pretty simple to change how we speak about sex between people of different races and to train our fans to use non-racist terminology.

If you’re a darker-skinned woman, then you have even fewer opportunities. I’ve definitely had more opportunities than other performers because my skin is lighter. It’s infuriating. Some of the best performers that I know are not given the same opportunity. It’s not based on experience or talent — it’s purely based on the color of their skin.

In any other industry, if you were dealing with the overt racism and pay disparities that we’re dealing with, it would be illegal. And it’s not like it’s hush-hush — it’s openly talked about. Directors are not afraid to tell a Black performer they’re being paid less than a white performer. They try to say it’s because there’s a lower demand for black performers, but that’s just not true.

We’re really seeing how untrue that is since the whole industry has shut down for a few months, and people have started producing their own scenes at home. In a way, the lockdown has kind of shifted the power dynamic of the industry. Performers in general — including Black performers — are realizing that the studios aren’t even necessary anymore. We can go out and make a pretty good living without them.

Then, of course, there's the current Civil Rights Movement that was sparked by the killing of Black people by police and vigilantes. This movement is pointing out the inherent racism in our country as a whole, because a lot of people try to deny it exists. An important side effect is it’s forcing a lot of companies to acknowledge their own racist practices.

I want to see performers of color integrated into the greater industry, not just subject to racial stereotypes.

The COVID-19 lockdown and the current Civil Rights Movement are coming together to help performers realize we don’t need anybody but ourselves. We’re just fed up. We’ve all been dealing with this for far too long, and we’ve reached a point of tension in the industry where not only do we not want to take their shit anymore — we don’t have to.

Moving forward, I’d like to see performers get jobs based on their merit and ability, not the color of their skin or the color of the skin of who they’re performing with. I want to see performers of color being hired for scenes that are not specifically about their race. I want to see performers of color integrated into the greater industry, not just subject to racial stereotypes. And I personally would like to get rid of the “interracial” category entirely. It’s time all of our work was integrated into the rest of the industry.