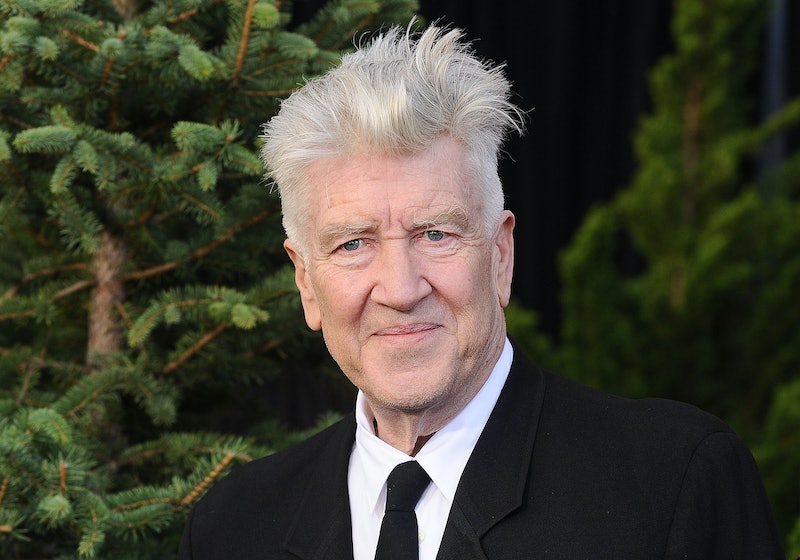 I have spent probably 30 percent of my time on this planet thinking about or watching David Lynch and his artwork. The eclectic film director and creative genius behind cult faves like Blue Velvet and the Twin Peaks series is one of a handful of people that makes my face hurt from smiling. The sad thing is he only gifts the world with his art every so often — this is a man who’s released 10 films since 1977. But sometime during the endless pitter-patter of COVID and quarantine, everyone got to reap the joy of David Lynch’s daily weather reports.

The weather updates started in May of 2020, two months after most lockdowns began in the U.S. His roughly one-and-a-half-minute-long videos, which are shared on both his YouTube page and his Instagram, follow the same basic format: Lynch says “Good morning,” before sharing the date and the day’s weather forecast for Los Angeles. Every single one is uniform, and you wouldn’t know by just glancing at his account that they’re each filmed on different days. Lynch is always wearing a black button-down shirt, his iconic thick white hair is perfectly coiffed, and he’s donning dark sunglasses.

When every day brings a barrage of changing info about the pandemic and consequent uncertainty about a return to normalcy, many people find solace knowing that there will be a new David Lynch video when they wake up. “At no other point in time would ‘routine’ and ‘the weather’ feel so inspiring in their consistency,” Lily, an avid fan in her 20s, tells Bustle. “But he’s made these mundane things comforting and grounding during a time of immense dread.” They break up the cloudiness of the days.

With his daily videos reaching up to 350 thousand views on YouTube alone, it’s clear that a good chunk of people has been turning to Lynch’s weather reports for a source of levity and comfort. There was a scare on February 1 when the director shared that he had planned on taking a break from the daily videos until he read video comments and remembered why he likes to do this. “We’re going to continue on,” he said in the post, which garnered over 3,000 celebratory comments about his decision. That was a huge relief, considering the fact that over 296,000 followers rely on these minute-and-a-half breaks that offer both normalcy and kindness. “Lynch’s militaristic and obsessive daily updates provide a soothing blanket of nostalgia during one of the more challenging years of human existence,” Matt, 28, says of why he’s one of his followers.

“He’s made these mundane things comforting and grounding during a time of immense dread.”

There are constant comforts within the videos, which are even more touching for devotees of Lynch’s films: His phrases are signature and in a way that is heart-warming and familiar. He always describes a clear day as bringing “golden sunshine” and “beautiful blue skies.” Even the way he pronounces the days of the week — Mondee, Tuesdee — has a specific cadence to it. The only way I know the workweek is ending is when I hear him say, “And if you can believe it, it’s a Friday once again!”

Each new post is hope and light amidst a monotonous life in quarantine. “Lynch sitting down and recording this daily video has made me remember that even when the future feels bleak, and when the present isn’t somewhere I want to be, I’m still here,” Jessica, 27, says. “The weather is still here, and humans have plagued the planet far longer than this pandemic has plagued humans.”

Every morning, when I pick up my phone and scroll straight to Lynch’s account, I excitedly await what I will learn about my idol that day. Sometimes, sprinkled within his weather forecasts, followers get bits of joyful wisdom or anecdotes — like, “Today I’m thinking about the fulfillment of cherished dreams,” or “Today I’m thinking about tin cans. You take the label off and you’ve got what I consider a work of art.” These are rare pieces of information from a human who seems so otherworldly. Would people ever have been privy to hearing Lynch exclaim “by golly!” if it weren’t for the pandemic and the isolation that brought the world down a few notches? Lynch has the secret of the world hidden in his essence, and with every video everyone gets a sliver of its sunshine.

Despite everything 2020 has brought, Lynch’s posts are a gentle reminder that although everyone seems to be experiencing the simultaneous passage and inertia of time, tomorrow is a different day with a new weather report.

More like this
Why We Love Investigating Friendship Breakups
By Carolyn Steber
5 Signs You Have A Toxic Relationship With Yourself
By Lexi Inks
Ashamed Of Your Screen Time Stats? Here's How To Change That
By Alexis Morillo
Learning To Love, Not Judge, The Lunchbox Wives Of TikTok
By Esther Zuckerman
Get Even More From Bustle — Sign Up For The Newsletter
From hair trends to relationship advice, our daily newsletter has everything you need to sound like a person who’s on TikTok, even if you aren’t.