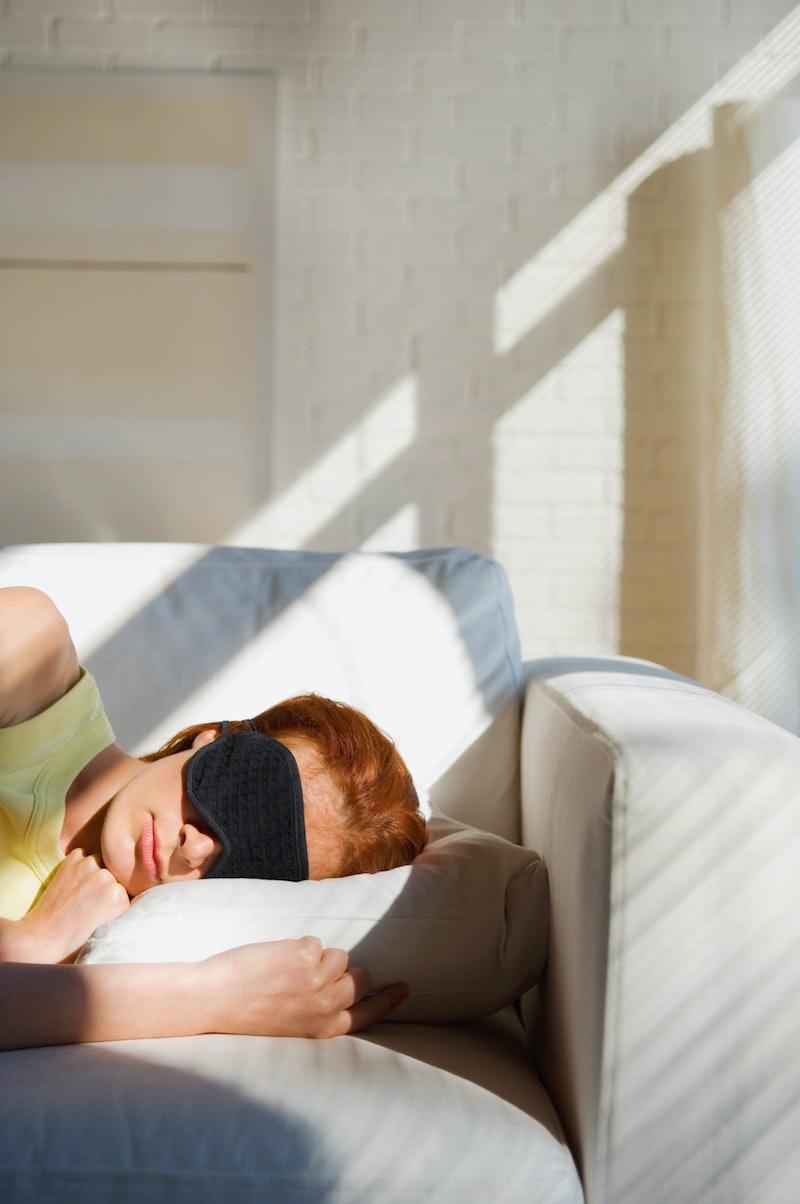 When someone is actively suicidal, it's important to get them support as fast as possible. Now, there's a medication that might help. The Food and Drug Administration (FDA) has approved a nasal spray to help people experiencing suicidal ideation.

The drug, esketamine, is a fast-acting nasal spray version of the anesthetic ketamine. In March 2019, the FDA approved esketamine, sold as Spravato, for treatment-resistant depression, becoming the first new depression treatment in years, The New York Times reported at the time. The new approval allows Spravato to be administered to people with major depressive disorder actively experiencing suicidal thoughts and intentions.

The nasal spray acts very quickly (within 24 hours) to reduce feelings of sadness and hopelessness, according to a press release from Janssen Pharmaceutical, which makes the drug. According to the release, the spray can also help regulate sleeping patterns. It wasn't shown to reduce suicidal thoughts compared to people who took a placebo, but by helping ease the other symptoms of depression associated with suicide (like hopelessness), Spravato can hopefully reduce suicidal behaviors until "a longer-term, comprehensive treatment plan can take effect."

“Traditional oral antidepressants need weeks or more to take effect, so the availability of a medicine that can begin providing relief within a day is potentially life changing,” said Theresa Nguyen, chief program officer of Mental Health America, in the press release.

Treatments specific to suicidal thoughts are rare, because people who experience suicidal ideation have generally been excluded from medical trials, health policy site STAT reports. Since it has the potential to provide such quick relief, Spravato may be a useful addition to the mental health toolboxes of people who are contemplating suicide. As The Cut notes, the timing of the FDA approval might be particularly important, because the coronavirus pandemic has been exacerbating mental health stressors.

Over the past few years, ketamine has arisen as a promising treatment for a wide variety of physical and mental health issues, but the long-term side effects of ketamine treatments are unknown. (Ketamine and esketamine are chemically the same.) According to Yale Medicine, ketamine is currently not an FDA-approved treatment option for depression, but it has proven to be successful for many people with treatment-resistant depression — with studies reporting ketamine was 40 to 60% effective in participants.

Essentially, esketamine has the potential to deliver the same benefits as ketamine, with fewer health risks, now for both treatment-resistant depression and acute suicidal feelings. In double-blind study whose results were published by Janssen in 2018, the esketamine spray increased the amount of time between study participants' relapse of depressive symptoms. A quarter of adults given the esketamine nasal spray had a relapse in depression over a 16-week period, compared to 57.6% people placed on a placebo spray. While the research was positive overall, the study discovered common side effects of the spray included dissociation, nausea, metallic taste, headaches, vertigo, and dizziness in some of the patients.

According to the World Health Organization (WHO), over 250 million people across the globe are believed to live with depression, and the mental illness is considered the leading cause of disability worldwide. The esketamine spray has the potential to dramatically change the lives of millions of people with depression and folks who experience suicidal ideation.

This article was originally published on Feb. 13, 2019