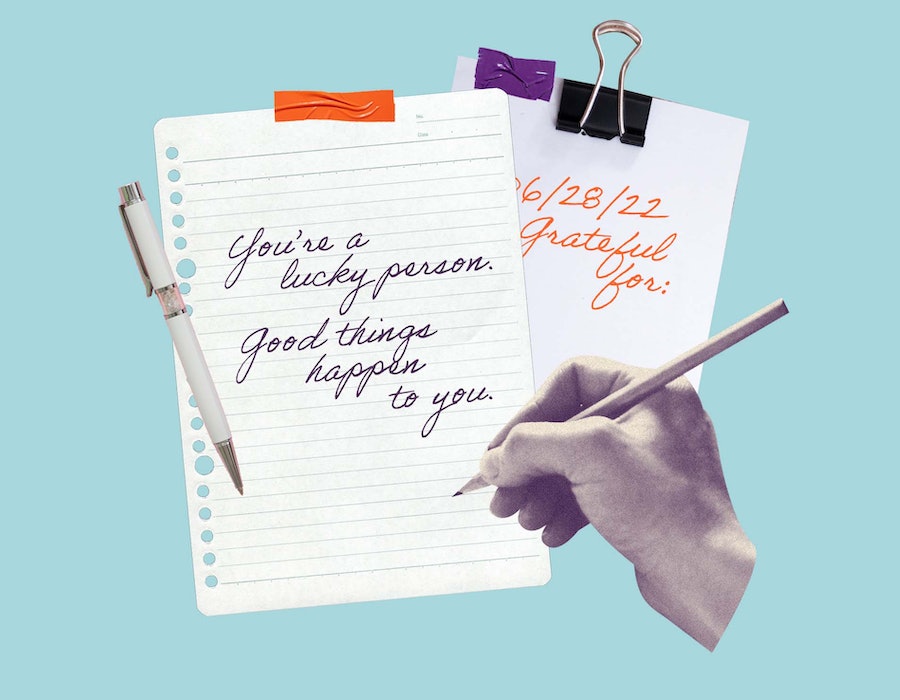 I’m always trying to get better at life. I’m certain there is a Future Sophia who does her dishes immediately, does a nighttime skin care routine, works out five days a week, never spends money on stupid sh*t she sees on Instagram, and has a fulfilling and well-paying career. I have read (although not finished) so many self-improvement books, and the common thread seems to be that getting better takes work.

But the truth is I’m not ever going to wake up and get my workout done first thing in the morning. Even if I set my clothes out. Even if I put a stationary bike next to my bed.

And so earlier this year, to my great surprise, I felt drawn to manifestation. What if I didn’t have to work so hard? What if I could get everything I want by simply imagining myself getting everything I want? (It seems to be working out for the cast of Selling Sunset.) It’s not like I was about to drop a single dollar for help on how to visualize something. Instead, I did what everyone does when they’re lost: I went to Oprah. Actually, I just Googled “how to manifest,” and Oprah’s website came up with an article, and I figured that was plenty of research for me.

Imagine my surprise when I found out that one of the seven prescribed steps to manifesting, after identifying your intentions and writing them down, was to actually work on them. I know! I know. I got halfway into the article and thought, Hell, I think we’ve all been manifesting if it’s just thinking about what you want and then working toward it. It’s like those weight loss ads where they tell you their product can help you lose weight if used in combination with diet and exercise.

To be fair, the rest of the steps help distinguish “manifesting” from “having a goal and working on it.” They include gratitude and appreciation, as well as mindfulness and something called “energy checks,” or the idea that you attract the energy you put out into the world. All of which — well, maybe not the energy checks — are things I’d like to be better about. When I work at being intentionally grateful, I’m usually a whole lot happier. It’s easy to get busy and let your focus shift from appreciation and gratitude to simply getting things done and being productive.

I started by writing down my goals, which was harder than I thought it would be. I kept it constrained to goals for the next three months, which forced me to be honest about what I could and couldn’t do within that timeframe. Some of the goals were professional, which I think we’ve been taught to focus on when we think of ambition. But I also wrote down personal goals (like working out more) and relationship goals (like working on my friendships with certain people). I also set a daily goal: Every day, I’d write down three things I was grateful for.

As I began the process, I realized there are some things that I already do that fall under the manifestation umbrella. My dad, who grew up very poor, has always spent his money very… freely, sure that more money will come. And it’s something that I’ve tried to emulate, the belief that giving money away — specifically, spending it on other people — will work out. That money will come back.

I realized there are some things that I already do that fall under the manifestation umbrella.

When my boyfriend and I were applying for an apartment, he was certain that everything would fall through and was prepared for the worst. He didn’t want to get his hopes up. I, on the other hand, kept up the refrain of “We’re lucky people!” We did end up getting the apartment, for a whole host of reasons, including a bit of privilege and, probably, bit of luck. But I got to spend the weeks we waited to hear back feeling optimistic and happy, instead of bracing myself for the worst. I used to try harder to not get my hopes up for things, but the reality is I get disappointed when bad stuff happens even if I did try to keep my expectations in check, so I might as well be hopeful and open and optimistic.

Just kidding. (But I did get someone else’s Sephora order in the mail.) It’s not like I’m knocking it out of the park all the time. But I’m doing a lot better at focusing on what actually matters, and noticing the good things that come my way. To me, manifesting has been more like a focus shifter, rather than a cheat code to life.

But also, if you send this article to 10 people, you will meet the love of your life.