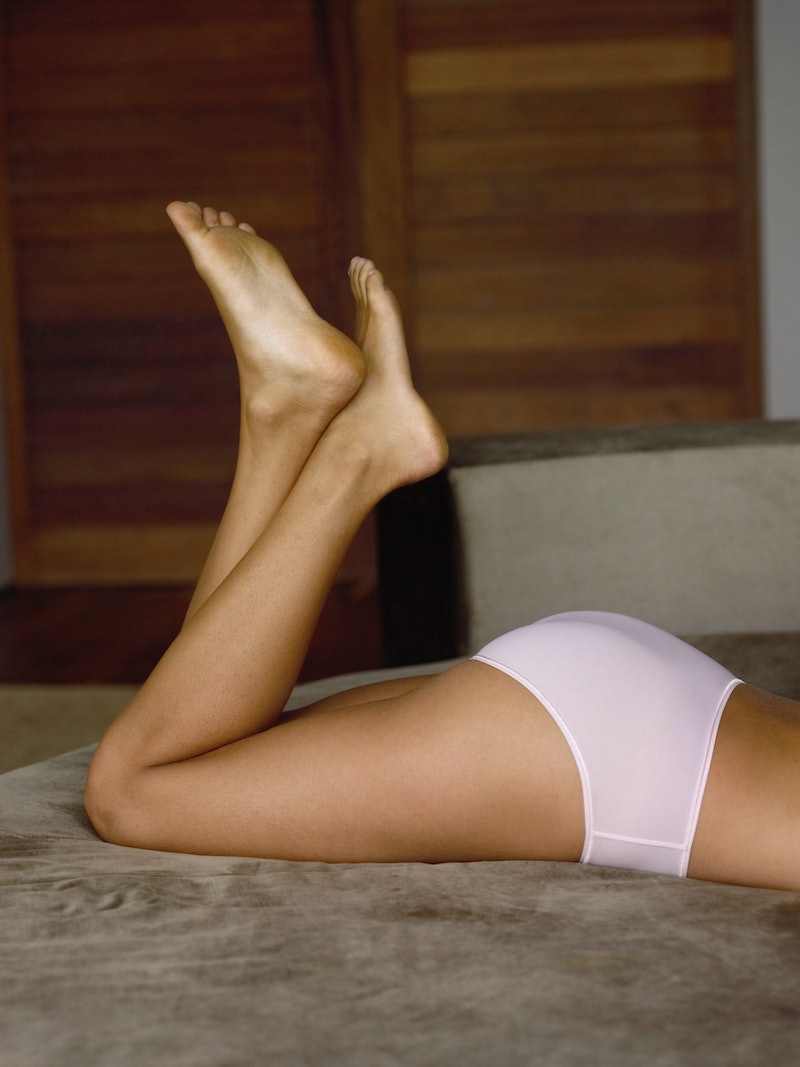 2. Understand What’s Going On Down There

The butt also has two sphincter muscles, “ring-like oval structures that help to hold the canal in shape,” O’Reilly explains. She suggests sliding a lubed finger inside during a shower to really see what it feels like in there.

“You’ll feel the external sphincter, which you can contract and release at will — the way you might flex and relax your biceps — less than an inch beyond the opening,” O’Reilly says. “The internal sphincter is just a little deeper, but because this smooth muscle ring is controlled by the autonomic nervous system — which manages automatic bodily functions like heartbeat and perspiration — it remains in a state of contraction.”

Although you can’t exercise complete control over this internal sphincter, as O’Reilly explains, “just as you can slow your heart rate through breathing and mindfulness, so too can you help relax this sensitive muscle through relaxation and deep breaths.”

3. Squeeze Your Sphincter Muscles To Loosen Up

“As a general rule, the best way to venture into unchartered sexual territory is to experiment on your own before bringing a partner into the equation,” O’Reilly says. “This is because solo sex helps to detract from performance pressure, and when we’re alone we often allow our natural bodily responses to flow more freely.”

She recommends playing with your butt, teasing yourself, and using lube as you explore different sensations.

And let’s be honest — if there was a rule book that said sex needed to include penetration, well, how boring that would be? There’s so much more to explore.

6. Focus On Your Desire

“What’s often left out of the discussion is the sense of desire,” according to Melancon. “For the receiver in particular, if you get too focused on the mechanics of it, you’re going to step out of what makes your body feel aroused.”

7. Don’t Focus Too Much On The Butt

Whether you’re using your tongue or fingers or a toy to stimulate your partner, you probably have a hand or two free you can use: “Double their pleasure and rub their clitoris or stroke their penis to produce arousal patterns with which your brain and body are already familiar,” O'Reilly says.

“Start with the smallest one, holding it completely still at first and notice the way your body responds as you allow your muscles to relax around its girth,” she says.

From there, slowly work your way up to different lengths and girths. Let it take days, weeks, or even months — you’re not in a rush. As O’Reilly puts it, “incremental experimentation can lead to mind-blowing results.”

O'Reilly suggests getting yourself all riled up with other body parts — and also don’t forget the other things you like to do in bed.

“Once you’ve incorporated butt play into the mix, don’t abandon your tried-and-true routines entirely,” O’Reilly says. “Instead, start by making backdoor pleasure an addendum to your regular repertoire, as opposed to an alternative.”

10. Try A Position Other Than Doggy Style

This article was originally published on Jan. 28, 2016