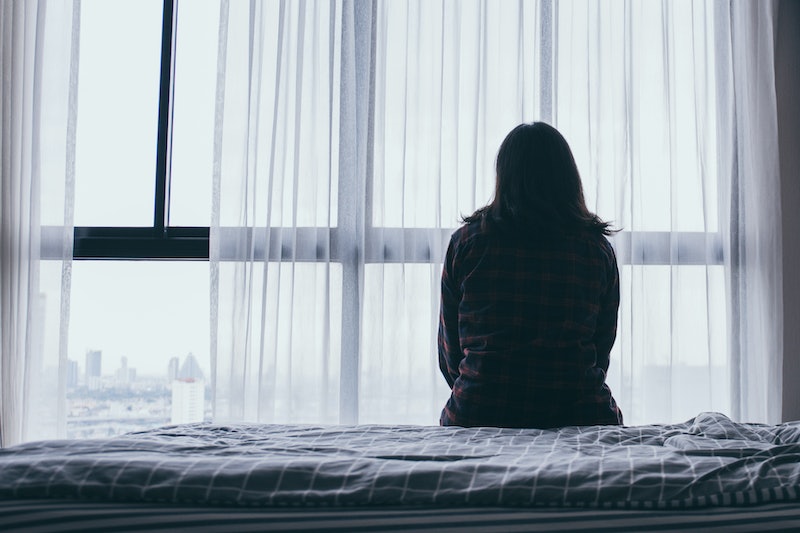 During lockdown, UK domestic abuse charities saw a significant rise in the number of women seeking refuge from their abusers, BBC News reports. Calls to the National Abuse Helpline have gone up by 80%, while Respect Men’s Advice Line saw calls increase “by 65% during the first three months of restrictions,” with victims as a whole calling the police “every 30 seconds” during the first seven weeks of lockdown.

Victoria Derbyshire, who grew up with a violent father, recently reported on how “the intensity of abuse escalated in lockdown” for a BBC Panorama special, which will air tonight (August 17). Derbyshire cites a survey conducted by charity Women’s Aid, which found that “almost two-thirds of those living with their abuser said the violence got worse [during lockdown], and three-quarters said lockdown made it harder for them to escape".

In the three weeks between the introduction of lockdown and the government launching the You Are Not Alone campaign, “11 women, two children, and one man were killed in alleged domestic abuse cases,” Derbyshire reports.

In a statement given to the BBC by the Home Office, the government has said "it prioritised help for domestic abuse victims in lockdown," announcing around £30 million of extra funding. But as restrictions ease and life returns to a so-called "normal", charities such as Refuge (who run the National Abuse Helpline) are calling for a "longer-term funding strategy".

Whether or not the government provide further action on this remains to be seen, but in the meantime, there are plenty of ways you can support domestic abuse charities in the UK.

Donate To A Domestic Abuse Charity

Domestic abuse charities rely on donations to keep their services running for victims. Many organisations like Refuge encourage monthly or one-off donations to help support women and children, whether that's by providing "employment and financial advice" or "toiletries, food, and clothing."

Donating items specifically to local refuges is also a huge help, whether that's by picking up an extra item on your weekly shop or finding something you don't need anymore at home. There are currently restrictions from some charities with this form of donation due to COVID-19, but there are ways around this. For example, charity Solace partners with Thrift and Ziffit, who will sell your second-hand items like clothes, books, and CDs donate the money raised to a charity of your choice.

While some charities such as Refuge are unable to accept volunteers due to the ongoing pandemic, there are vacancies waiting to be filled across hundreds of shelter and call centres in the UK. Job board CharityJob is a great place to start looking for volunteer work in domestic abuse charities.

Starting a fundraiser is a great way to raise money in a collective effort, but it's also another vital way of spreading awareness about domestic abuse. There are so many ways to fundraise and thanks to social media it's become so much easier. For example, if you or someone you know has a birthday coming up Facebook has implemented a fundraising feature so that your friends and family can donate to a charity rather than give presents.

Donating money isn't the only way you can make a significant change. Signing petitions is just as impactful, and there are plenty that need support. Women's Aid has a whole section of their site dedicated to becoming a "Campaign Champion", providing links to petitions for important issues such as providing protection and support for migrant women in the Domestic Abuse Bill, organised by Amnesty International.

By searching 'Domestic Abuse UK' on Change.org, you'll find over 100 petitions in need of support, including the defence of victims during the lockdown.

Write To Your Local MP

As Bustle previously reported, you can contact your local MP "to request their support for a particular cause or campaign that you feel should be discussed in the House of Commons or to ask them to present a petition on your behalf — or both."

This is exactly what is being done for the Domestic Abuse bill, which many fear will not protect the lives of migrant women who "are frequently not entitled to financial help from the state," per BBC News. Women's Aid have provided a template letter to fill out, which calls on local MPs "to attend the report stage of the debate of the domestic abuse bill and support amendments on migrant women."

Use Social Media To Raise Awareness

Above all else, using your platform on social media to spread information and start a discussion is vital. Whether that's from sharing a petition, fundraiser or just simply research for people to learn from, domestic abuse victims and the charities that support them need to be heard, and they need your help.

This article was originally published on July 23, 2020