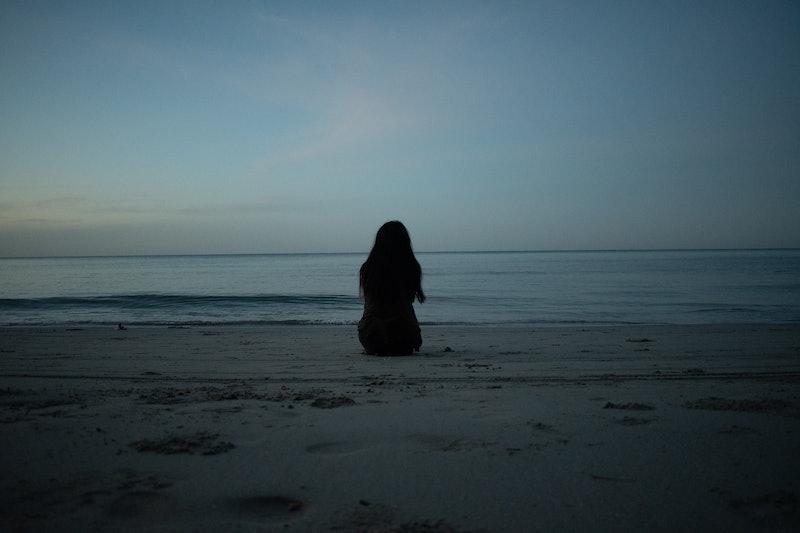 Traumatic events can do a number on all aspects of your health, from appetite to sleep to mental health. But it’s less well known that trauma can affect the brain. From the parts that regulate fear and anger to the sections that hold onto memories, traumatic events can leave scars in several key areas of the brain, with long-term effects for its health and functioning.

“Psychological trauma is not only mentally and physically exhausting; it can also have long-lasting effects on the victim’s brain,” Dr. Sanam Hafeez Psy.D., a neuropsychologist, tells Bustle. “When a person experiences severe trauma, several parts of the brain can be impacted negatively and take extended periods of time to recover.”

A study of trauma and the brain published in Revue Neurologique in 2021 found that there are two main neurological areas where trauma rears its head: the defensive part of the brain, and the cognitive part. That can affect how your brain views threats, how your memory works, and how you regulate your emotions.

“The amygdala is the part of the brain that controls emotions — in particular, fear and anger,” Dr. Hafeez says. “A person who has experienced intense psychological trauma is likely to have an amygdala that is hyperactive.” That means that even if there isn’t any danger around, the amygdala might still activate a “fight or flight” response, and cause the person to react as if they’re under imminent threat.

Whenever you face danger, the fight or flight response kick-starts a host of reactions throughout your parasympathetic nervous system — your blood starts pumping, your muscles tense, and you become highly alert. The amygdala takes a leading role in this wave of responses, sending out hormones and signals throughout the body. Overactive amygdalas may start this process without warning, or when triggered by something that feels vaguely reminiscent of the original trauma, such as being in a similar setting. Some experts call this amygdala hijacking.

The result may be a panic attack, a flood of emotion, feelings of aggression, or constant stress. “People with overactive amygdalas are perpetually stressed and this can lead to debilitating anxiety,” Dr. Hafeez says. It can also physically change your brain structure. A 2020 study published in The Journal of Head Trauma Rehabilitation found that military veterans with post-traumatic stress disorder were more likely to have enlarged amygdalas than veterans who didn’t have trauma.

The Prefrontal Cortex Stops Working As It Should

“Trauma can have a significant impact on the neurochemical system and lead to long-term changes in the way that an individual’s brain functions,” Kira Vredenburg LMSW, a therapist at addiction treatment center Sierra Tucson, tells Bustle. She points to the prefrontal cortex, which helps regulate your emotions, that ordinarily controls the amygdala’s reactions. In a traumatized brain, it’s less effective, which allows the amygdala to run riot. A 2015 study published in Neurobiology of Stress showed that chronic stress and trauma weaken the prefrontal cortex and reduce its numbers of active firing neurons.

“This can lead to difficulty concentrating, zoning out or not feeling fully present, and feeling there is a block or disconnect between intellectually recognizing an emotion, or identifying the expected emotion in a certain situation, and actually being able to experience that emotion,” Vredenburg says.

A study published in Nature Communications in 2020 found that trauma actually strengthens the links between the hippocampus and the amygdala, as a fear memory gets deeply embedded. Even if traumatized people can’t remember the event itself, their brains retain a clear record of potential triggers.

And trauma may also damage the hippocampus. “Some people with post-traumatic stress disorder may actually have smaller hippocampuses, due to damage from constant anxiety and stress,” Dr. Hafeez says.

“There is no specific way to deal with the damage done to the brain by psychological trauma,” Dr. Hafeez says. “It depends on the severity of the trauma, the type of trauma, and how damaged the brain has become.” If you’re experiencing any signs of post-traumatic stress, she says it’s really important to talk to a qualified mental health professional and work out a customized treatment plan, including therapy, medication, or a mix of the two.

“If psychological trauma goes untreated, the deterioration to the parts of the brain like the hippocampus and amygdala will become more and more difficult to heal,” Dr. Hafeez says. People who experienced trauma in childhood may see long-term effect on brain growth and mental health. But it’s never too late to get professional help and support.

More like this
14 Easy Ways To Find Joy During The Holidays
By Carolyn Steber
6 Unexpected Causes Of Post-Workout Fatigue
By Carolyn Steber
I Visited Remedy Place, The Social Club Transforming The Wellness Industry
By Rachel Lapidos
The 8 Best Pilates Exercises For Lower Back Pain
By Carolyn Steber
Get Even More From Bustle — Sign Up For The Newsletter