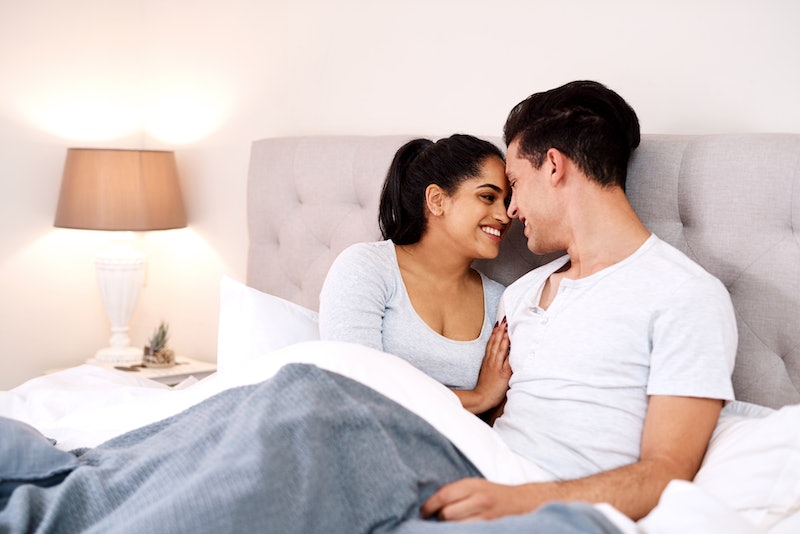 Though sperm is often associated with goings-on in the bedroom — spitting, swallowing, making babies — there are actually several uses for sperm that have nothing to do with sex. While it’s up to you how (and if) you enjoy semen, are a lot of people are out there testing what these little tadpole-shaped guys can do, and it’s pretty mind-blowing.

Evidence suggests there’s actually not enough protein in semen to make it good for your skin, but that doesn’t mean you can’t use it for other things. Take a look below at some of the pretty bizarre things you never knew you could do with sperm.

1. It May Help Prevent Tooth Decay

Semen doesn’t just contain sperm; it also contains vitamins like zinc and calcium, which is why some claim it may help prevent tooth decay. You definitely shouldn’t swap it out for toothpaste, though, seeing as the American Dental Association has never suggested semen has any significant effect on your dental health. While semen does have vitamins that help keep your teeth healthy, it might not contain those vitamins in concentrated enough amounts to actually make a difference. But hey, it can’t hurt!

2. You Can Get ‘Spermine Facials’

Though shows like Nip/Tuck have aired episodes about spermine “facials,” the supposed health benefits of rubbing semen on your face have been largely debunked. “While a healthy, balanced diet contains vitamins and minerals as well as protein, the potential benefits of a similar topical preparation and their relationship to healthy skin remain elusive,” Beverly Hills dermatologist Will Kirby told the Daily Beast in 2017. Not only does semen not help with skin; in fact, Kirby pointed out, rubbing it on skin’s mucous membranes can cause irritation and even spread STIs.

Plus, the spermine facial you’d get at a spa is not actually a semen facial. Any spa product containing spermine, an antioxidant found in semen, was undoubtedly derived from a version synthesized in a lab.

3. It Can Be Used As Invisible Ink

Secret agent sperm man! Or something. As it turns out, semen has had some odd usages throughout history. During World War I, the British Secret Intelligence Service (MI6) discovered semen could also work as invisible ink. (Apparently, their motto was, “Every man has his own stylo” — clever.)

You can find sperm-based recipes, from Irish coffee with extra cream (wink wink), to slightly saltier caviar, in the cookbook Natural Harvest written by Paul Photenhauer. If you’re in it for the nutritional value, though, know that you’d have to “gulp gallons” of semen each day to get any sufficient amount of protein.

5. You Can Fight Fire With It

Who knew that sperm — from fish, not human males — could fight fire? A 2015 study by researchers at the Polytechnic University of Turn in Italy found that fish sperm DNA has a protective coating that doesn’t burn, and therefore could be used to make a more environmentally-friendly flame retardant.

More like this
Are Quality Time & Gift-Receiving Love Languages Compatible?
By Lexi Inks
The 19 Best Tweets & Memes About Bisexual Awareness Week
By Lexi Inks
This Psychological Effect Might Be Keeping You From Hitting Your Goals
By Lexi Inks
On TikTok, "Cbat" Has Been Named The Worst Sex Song Ever
By Lexi Inks
Get Even More From Bustle — Sign Up For The Newsletter

This article was originally published on July 21, 2015