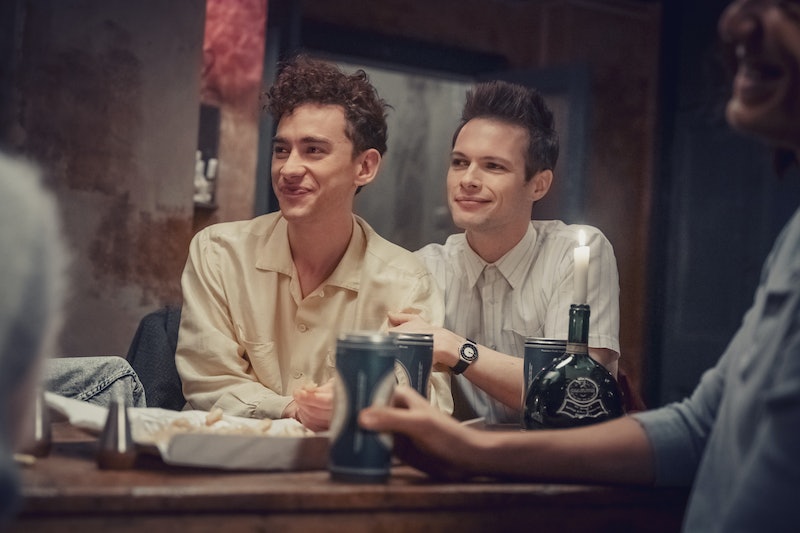 It’s A Sin has been one of the most popular series so far in 2021. Russell T Davies’ drama shines a light on the AIDS crisis and tells the story of those at the centre of it. Viewers have spoken about the profound effect it’s had on them now and one of its cast members, Nathaniel Hall, has opened up about his experience with HIV.

Hall, 34, plays Donald in the Channel 4 series, Ritchie’s love interest in episode three. In a particularly poignant scene, the two have sex without using a condom and, the morning after, Ritchie notices marks on Donald's back that appear to indicate he has HIV.

In the weeks since its release, It's A Sin has been at the centre of discussion online, in print, and on the radio, and on Jan. 31, Hall spoke to Vick Hope and Katie Thistleton on their show Radio 1's Life Hacks about his own experience of being diagnosed with HIV after the first time he has sex at age 16.

"When you're 16, you think you're an adult. You think you know the world. I'm from a nice, safe, middle-class background. I was head boy at my school, I was a straight-A student," he Hope and Thistleton. ''I think we all have something that's our act of rebellion and I started seeing this guy who was older than me and as a result I got that diagnosis just after I'd started college. It was like a slap in the face, it was like a wake-up call. All of a sudden I was like a child in an adult's world."

Hall has used his platform to encourage others to get tested and know their HIV status. Prior to It's A Sin, Hall had written, performed, and published a one-man theatre show, First Time, about his HIV diagnosis. The show has toured all around the country.

Despite finding out about his diagnosis in 2003, Hall said he didn’t tell anyone until 2017. He explained to Sky that the diagnosis had left him with "anxiety" and "trauma."

Speaking about It's A Sin, Hall told Sky that the series has provided a platform for campaigners to squash old myths about HIV ando "let people know that HIV is not a death sentence." It’s reported that 98% of people with HIV in the UK are on treatment, and 97% are virally suppressed. This means that levels of the virus in their blood are so low that they can’t pass it on. Hall told Sky News that he takes PrEP and is dating someone who is HIV negative. “If I think back to my younger adult years, I can't even imagine this being the case. It's a revelation,” he said.

Monday Feb. 1 marks the start of National HIV Testing Week, and Hall is currently working with the Terrence Higgins Trust "counter all the myths and scaremongering from the 1980s."

To find out more about Nathaniel Hall's work with Terrence Higgins Trust, check out his Twitter and to see here for a list of resources if you or someone you know has tested positive for HIV.