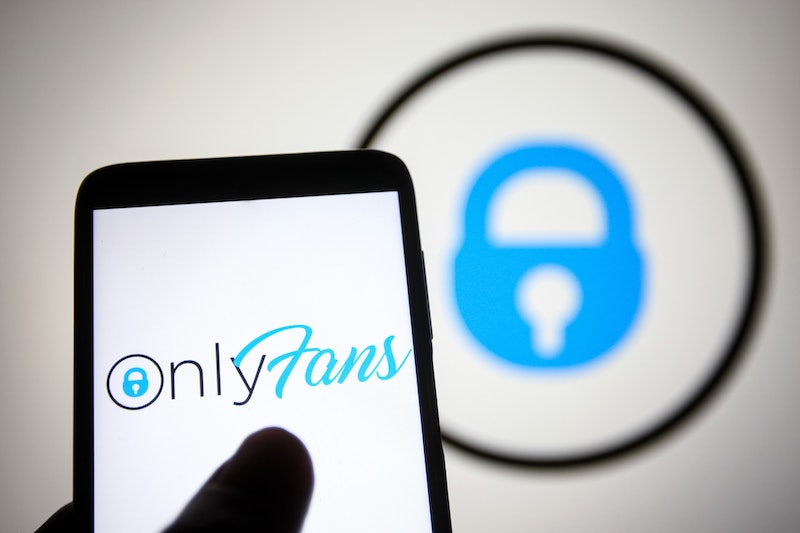 In a will-they-won’t-they saga that nobody saw coming, subscription-based content site OnlyFans announced Wednesday that actually, it isn’t banning porn — as least, not yet. After an Aug. 19 statement sharing new content restrictions that would ban “sexually explicit” material, the site faced an onslaught of backlash from sex workers, subscribers, and really anyone else with an active Twitter account. The announcement of these new restrictions came in light of rumors that OnlyFans was struggling to lock down investors. The new policy, which was supposed to take effect Oct. 1, was intended to “comply with the requests of our banking partners and payout providers.”

On Aug. 25, the site reversed course, tweeting from its own account that the company had “secured assurances necessary to support our diverse creator community.” Consequently, OnlyFans has “suspended” the upcoming policy change, though it remains unclear if the suspension will be permanent.

While the reversal came only a few days after the initial announcement, performers are still left to deal with the confusion it caused. “I call for a reduction in fees for all of us who have been affected by this,” OnlyFans performer Ruby, aka Hexx Girl, said on Twitter. “I’ve lost over 150 subscribers overnight but I’m still paying you the full 20% of my earnings? And that’s just last night. Overall I’ve lost about 500 subscribers.”

Ruby added that OnlyFans is her only source of income. “[OnlyFan’s] indecisiveness and poor communication has made models and subscribers scramble and caused chaos. Give us a temporary fee reduction to help us if you are actually sorry,” she tweeted.

Though this backpedaling episode is the most recent example, OnlyFans has never been particularly good at supporting the sex workers on its platform since its launch in the U.K. in 2016.

When a performer leaves the site, there’s no guarantee that their content leaves with them. (A stipulation in OnlyFans' terms of service agreement states that if you delete your account, but your content is still circulating, OnlyFans is not responsible.) The terms of service also state that OnlyFans is not responsible for pirated content or liable if performers’ identities are leaked, and that the platform can terminate an account “for any reason” with a 30-day notice. Consequently, if your account is terminated, you can lose access to all your content.

Because OnlyFans doesn't have an “explore” feature, performers have to drive their own traffic to the site, outing themselves as sex workers on other social media sites, and potentially putting themselves at risk for doxing or harassment. And, you guessed it, OnlyFans’ terms also restricts how performers can post about their pages on other social media. It’s also worth noting that OnlyFans has never promoted their sex workers on their social channels and bans them and their pages from their newly launched app. Yet the site takes about 20 percent of all performer’s earnings.

As Input reports, banks and investors are reluctant to get involved with porn-related sites, even if they’re profitable. Per Input, OnlyFans revenue is estimated to reach $2.5 billion in 2022, making $12.5 billion in total sales. In their statement, the site claims that adding anti-porn rules to their ‘Acceptable Use Policy’ will help the “130 million OnlyFans users and over 2 million OnlyFans creators that have earned over $5 billion on our platform.”

“Sex workers have fewer platforms to sell their content on, which leads to companies cornering the market,” Blunt tells Bustle.

According to Axios, over 50% of OnlyFans revenue in March 2021 came from monthly subscriptions, 30% came from private chats, where performers can send costume photos, videos, and voice memos to their subscribers, and the remainder came from tips.

More like this
30 Clever Ways To Slide Into Your Crush's DMs
By Griffin Wynne, Carolyn Steber and Lexi Inks
Wanna Try Hinge's New Video Prompt Feature? Here Are 7 Tips
By Lexi Inks
6 Dating App Tips To Try If You're Looking For A Serious Relationship
By Lexi Inks
The Differences Between Kinks & Fetishes, Explained
By Lexi Inks
Get Even More From Bustle — Sign Up For The Newsletter

This article was originally published on Aug. 19, 2021