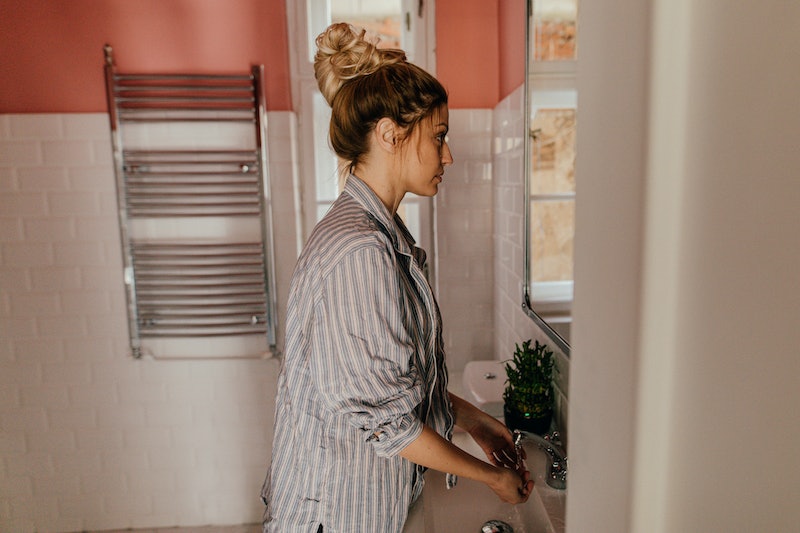 You may have heard about a certain professional treatment that clears everything out of your colon — but what is a colonic cleanse and what exactly happens during one? Is it super uncomfortable? Do scary, shocking things happen? While you may have been told it can be detoxifying for your system, colonics are not essential for your health. To put it simply, a colonic cleanse is when large amounts of water, or sometimes herbs or coffee, are flushed through the colon by inserting a tube into the rectum. As a result, this stimulates the bowels to help you go to the bathroom. While proponents of colonic cleanses believe it can help get rid of toxins, and even help you have more energy, there are some other things about the treatment you may want to know before searching “colonic near me” and booking an appointment.

First off, there are many medical professionals who advise against colonics. Because the body has its own organs to flush out toxins — the kidneys and the liver — many healthcare practitioners find colonic cleanses unnecessary. Although research is still inconclusive about whether colonics can be helpful or harmful, doctors often notice patients will experience side effects like dehydration, and in some cases, colonic cleanses have led to infections, and to bowel perforations. Doctors also warn that those with kidney or heart disease are at higher risk of health issues resulting from colonics.

Some people believe that colonics can be good for you, and say that generally getting one is a smooth process. "The session typically lasts around 45 minutes and is aimed at cleansing your large intestine," says Dr. Christopher Hollingsworth, M.D., a general surgeon based in New York City. "Someone might want this as a sort of detox/cleanse method. A colon hydrotherapy instrument will be inserted into your rectum and warm water will pass through your colon. When the water is transported in and out of your colon, your doctor will also employ abdominal massage techniques to eliminate wastes in your body that are sticking to the colon walls." And just like that, the procedure will be over.

Before you decide to get a colonic, you should definitely do your research ahead of time — and check with your primary care physician to see if it’s a good idea based on your health. It’s also important to make sure the practice where you make your appointment is reputable and clean. When getting a colonic, you should be sure to stay hydrated before and after the treatment. Other than that, here are a few things experts say might happen during and after a colonic, if you're curious.

More like this
What To Know About Taking More Than 1 Piriteze Per Day
By Bustle UK
11 Benefits Of Cross-Training
By Carolyn Steber
Lance Bass Says This Workout Machine Has Changed His Life
By Kaitlyn Wylde
6 Full-Body Tabata Workouts, Straight From Trainers
By Carolyn Steber
Get Even More From Bustle — Sign Up For The Newsletter