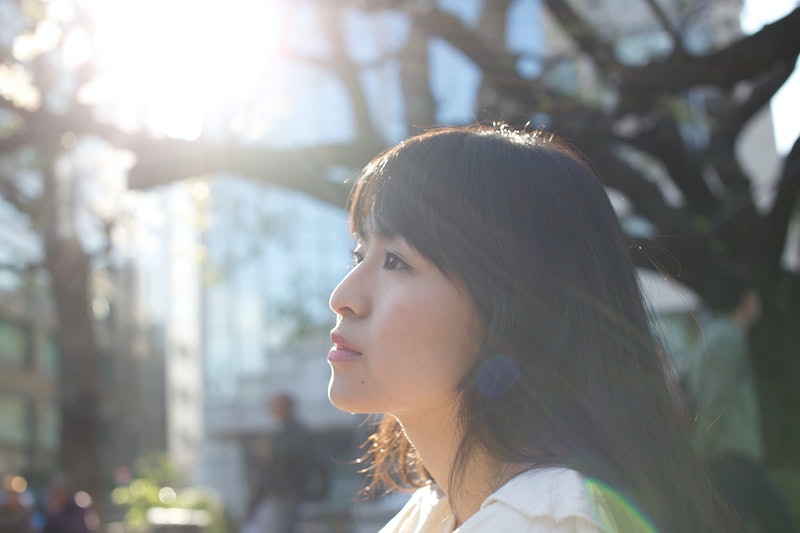 Although dissociative disorders affect two percent of the population, it's a category that tends to fly under the radar in pop psychology. As a result, it's easy to miss the signs of depersonalization disorder.

You may not have even encountered the term before: Dissociation tends to be a symptom of other, more well-known disorders than a disorder in its own right. However, that doesn't mean it can't be one. The National Alliance on Mental Illness estimates that nearly half of all adults in the United States experience depersonalization at least once in their lives — but, as always, an isolated episode is an entirely different matter from a psychiatric disorder, which impairs your everyday functioning.

So what is dissociation? According to the International Society for the Study of Trauma and Dissociation (ISSTD), dissociation describes the "disconnection or lack of connection between things usually associated with each other." In psychology, this refers to a disconnect between an experience and your sense of self — for instance, thinking back on a traumatic event and feeling no emotional reaction, or feeling as if the world around you isn't real. Depersonalization is a form of dissociation referring to feeling distanced from your body; in essence, it refers to an out-of-body experience. You don't have to be a paranormal fanatic to know that these are actually fairly common, and they don't necessarily indicate a larger psychiatric problem.

However, consistent episodes of depersonalization can develop into a disorder. Remember, the internet is not where you should be getting your mental health diagnoses — but if you regularly experience any of the following symptoms, and they interfere with your everyday functioning, you may want to see a professional psychologist for a depersonalization test.

1. You Feel Totally Detached From Your Body

According to the ISSTD, this sense of detachment can become so profound that people with the disorder feel alienated from their own reflection. It's not that they can't recognize themselves — that's prosopagnosia, usually a symptom of brain damage. Rather, people with depersonalization disorder simply don't feel a connection to who they see in the mirror.

Depersonalization is often accompanied by derealization, which refers to a sense of detachment from your surroundings. If you're experiencing derealization, you might feel like you're watching the world through a veil or on a movie screen.

Perhaps unsurprisingly, depersonalization is often accompanied by the feeling that you're living in a dream — and before you start making any Inception jokes, remember that movies are way less awesome in real life than they seem on the silver screen.

5. You Watch Yourself Go Through The Motions

Although out-of-body experiences don't necessarily mean you're literally watching yourself from afar, depersonalization is often characterized by a sense of watching yourself go through the motions of life. In fact, some people report feeling like a robot.

6. You're Able to Recognize Reality

It's important to note that depersonalization disorder isn't a delusion; people with the disorder recognize that there's something wrong.

7. Your Symptoms Aren't Caused By Anything Else