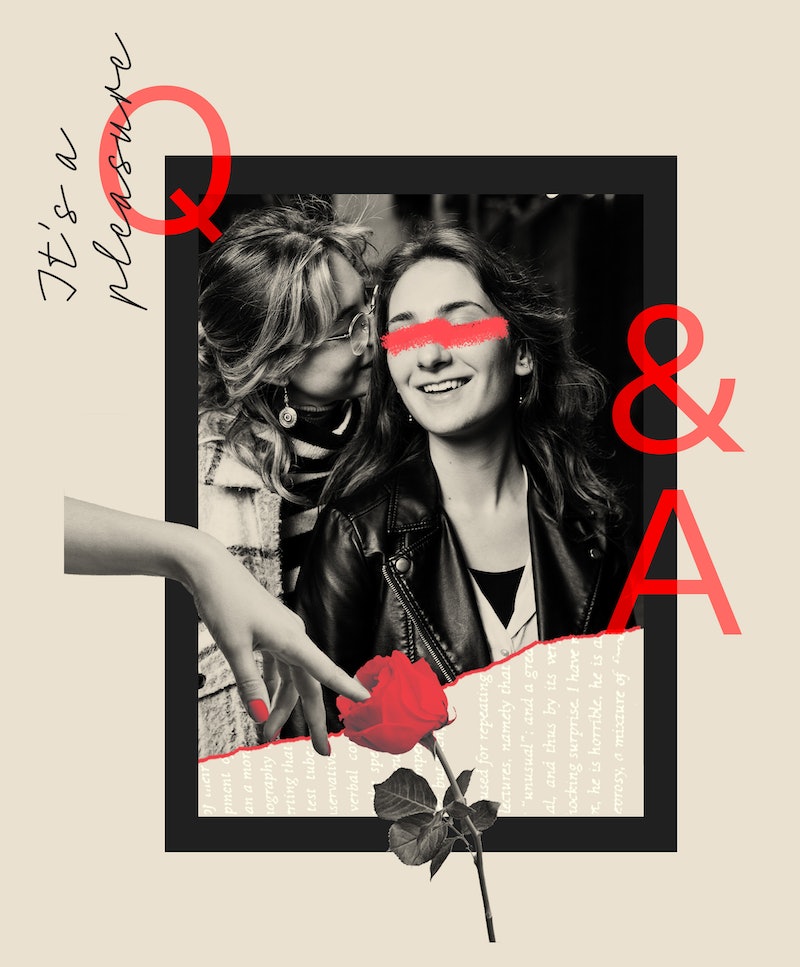 Jordi Salas/Getty Images
It's A Pleasure

Q: About half a year ago, I hooked up with a guy I’d been flirting with online for a while. We live in opposite parts of the world and he was not interested in long-distance, so things ended there. Recently, I’ve become friends with his ex-girlfriend and things are getting pretty flirty. She has no idea that I’ve hooked up with her ex. And he has no idea that I’m courting his ex-girlfriend. If it helps to know, I think the breakup was messy and they did not stay friends. Do I owe either of them the disclosure or is that none of their business?

A: There are very few things I think anyone “owes” someone when it comes to past dating information. What you “owe” someone when you date or flirt with them is, as a general rule, kindness and respect, which of course are some really wooly guidelines. Is it more respectful to clue them in? Is it kinder to just bury this info? I don’t think you have to tell either person about the fact that you were or are involved with their ex. And if this were any other person on Earth who wasn’t their ex, you probably wouldn’t bring up a hookup from half a world away half a year ago. However, I think in this situation, it’s worth it to share for a few reasons.

Firstly, it’s a lot easier to share things as early as possible so that it doesn’t seem like you’re hiding them. Imagine you start to have some kind of relationship with this woman and then months in, she finds out that you have known for a while that you used to hook up with her ex. (And I do think it’s likely that she’ll find out somehow.) At that point, if I were her, I’d feel less inclined to believe that the hookup with that guy actually was unimportant. My thinking, if I were her, would probably land somewhere along the lines of, “Maybe it was no big deal, but if that’s the case, why didn’t she just tell me?” Even if she does believe you on some level, your wait to tell her might plant a seed of doubt in her mind.

The other points in favor of telling her now are that you don’t have to do any lying in the meantime, even if it’s pretty innocuous lying by omission. Say she mentions her ex in passing. Are you going to pretend you don’t know him? Not telling her about this just puts you in an awkward position for the future.

When it comes to telling the woman you’re flirting with, I will give you the advice I give to everyone when it comes to having hard conversations. There is one very overlooked conversational superpower that most people neglect: setting the tone. This is true for almost every uncomfortable talk, whether it’s asking someone out or telling a boss you can’t do a certain task. You have the power to set the tone here — use it!

One thing I do a lot in delicate conversations like this is label how I’m feeling about having the conversation at the top. I might let the other person in on the fact that I’m nervous or I don’t actually want to have this discussion per se, but I think it’s necessary. That bit of vulnerability helps other people meet you on your level. I also often include clues or hints about ways someone could respond. For example, if I’m asking for a favor, I might add, “If you’re busy that day, it’s totally fine.” If a conversation is super uncomfortable, I add something like, “If you feel like I overstepped here, I totally understand, you can just say the word ‘blueberries’ and I’ll never bring it up again.” Which yes, is a joke, but it’s also an out if that person wants to take it. These mechanisms help the conversation to go more smoothly.

Since your conversation isn’t — from my perspective — a very big deal, nor is it a massive violation, I would say something like this, “Hey, what I’m about to tell you is a little awkward. I want to tell you this now because it’s not a big deal and I don’t want to hide anything from you or make you think I didn’t tell you for some reason. Six months ago, when I was in Bora Bora, I hooked up with your ex for a bit. I really didn’t know you two dated when we started talking. I only found out when I saw a photo of you two on Instagram. He and I don’t talk anymore or anything, but again, just wanted to put it out there. If there’s anything you and I need to talk about, we can.” (Obviously I added in some details, please fill in the actual truth.) The tone should be matter-of-fact and casual, while still leaving space for a discussion or questions if need be.

And one question she might have — which, from a gossip perspective, I would love to know myself — is how exactly did you happen to meet and start dating this guy’s ex halfway around the world? I mean, it’s a pretty big coincidence if it’s random. Are you all part of the same niche online fandom? Do you have mutual friends? When exactly did you find out that she dated your ex-hookup? The answers to these questions might change her perspective on the whole reveal.

As for letting him know that you’re flirting with his ex-girlfriend, I don’t think there’s any point. It doesn’t seem like you’re in contact with him anymore anyway, he lives across the world from you, and frankly, he’s an ex-hookup whom you “owe” nothing to. He has no need for this information on any level. What would he do with it anyway? (Other than be sad he missed out on two great partners.)

Ultimately, there is a chance that this conversation costs you a hookup or a relationship with your flirty friend. If you specifically made friends with her because you knew she had a connection to this guy you used to date, or if you’ve been withholding this info for a while, or if she finds it weird that you’ve both hooked up with the same guy, then this might be a dealbreaker. If, however, you’re no longer in contact with her ex-boyfriend, you have no interest in him, and you haven’t waited a long, long time to tell her about the situation, then there’s probably no reason for her to care. In that case, it could just end up being part of a funny story you tell people. Just not your mutual ex.