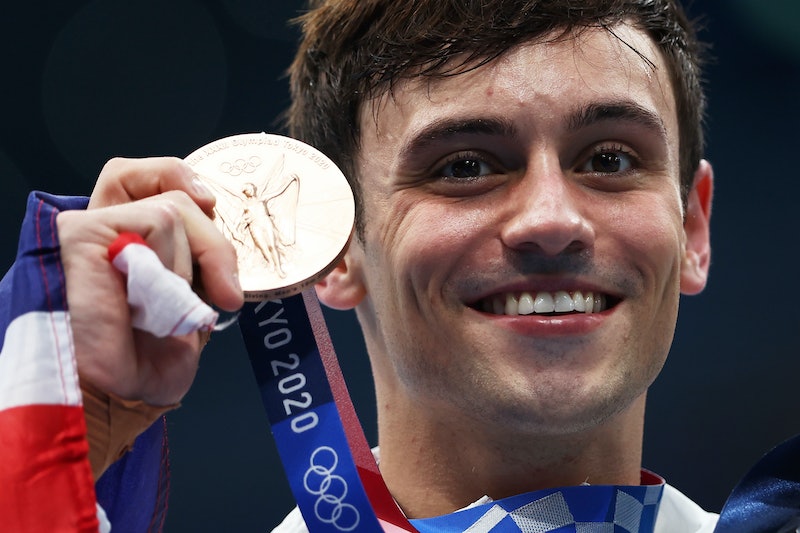 Trigger warning: This article discusses experiences of disordered eating, as do many of its outbound links.

In an excerpt from his new autobiography published in the Times this week, Olympic gold medalist Tom Daley detailed his experiences with disordered eating, saying that he would make himself sick and would go for days without eating after his coach said he needed to loose weight.

Coming Up For Air chronicles Daley’s personal and professional life, ranging from his Olympic career to his marriage with husband, Dustin Lance Black. In the Times excerpt, Daley wrote about alleged discussions between himself and his former coach Alexei Evangulov in which Evangulov encouraged the young diver to lose weight.

Evangulov has been diving leader for Team England since 1996 and coached Daley in the lead up to the London 2012 Olympics. It was recently announced he will be leading the Team England diving team in the 2022 Commonwealth Games. He currently acts as the performance director of British Diving.

Daley claimed that “there simply wasn’t anyone on the team who could give me proper nutritional advice.” Between the end of 2011 and the 2012 Olympics, Daley reportedly lost 9 kilos.

Although Daley revealed he “never made [himself] sick again after the London Olympics,” he said that he still receives comments on his weight from his current coach Jane Figueiredo.

On October 5, it was announced that British Swimming would be publishing new rules around weight management.

Bustle UK reached out to British Swimming for comment and a representative from the governing body said:

“Athlete welfare is at the heart of all our aquatic disciplines. Ensuring positive practices around areas such as nutrition is a constant priority and is part of a culture we have looked to develop over the past decade. Across British Swimming, and within each discipline specifically, groups comprising nutritionists, sports science and sports medicine experts have looked at the subject of weight management, at the particular nature of their discipline and what is required in terms of a dietary intake around periods of training and competition. This is a performance area that is individualised to the athlete, with valuable input from the athlete themselves.”

They added that there has been “an ongoing consultation on this with our Home Nations partners, with input from experts in a number of relevant fields including medicine, nutrition, sport psychology, safeguarding and coaching.” The final version of that policy will be published shortly, they said.

They finished by saying: “Throughout these processes, we remain very sensitive around any weighing or nutrition guidance with our athletes, and the potential physical and mental impacts that can result if not well managed. We are constantly alive to these issues.”