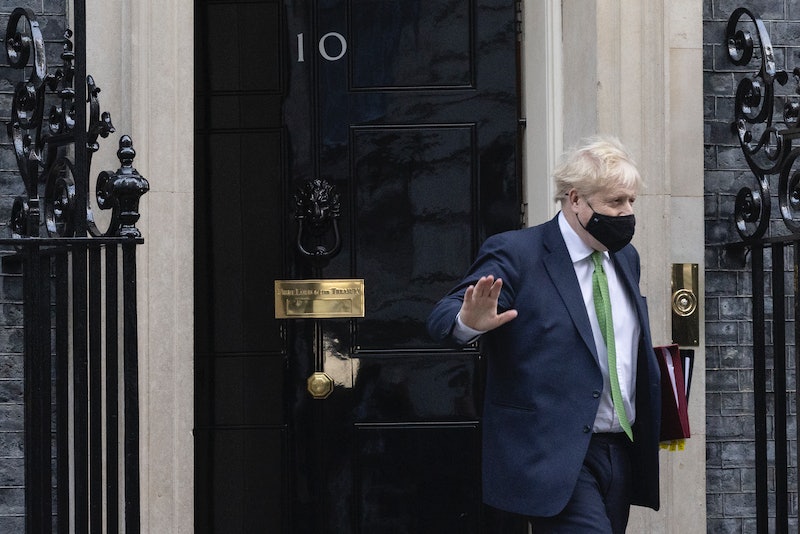 On May 12, 2021, Prime Minister Boris Johnson announced an independent public inquiry into the government’s response to and handling of the COVID-19 pandemic. Established under the Inquiries Act 2005, the COVID Inquiry will examine the government’s “actions as rigorously and candidly as possible,” according to the Prime Minister, and will aim to “learn every lesson for the future.” It will do so by summoning the production of documents and witnesses to give evidence under oath in order to examine the government’s response to the pandemic.

Rt Hon Baroness Heather Hallett DBE will act as Chair of the inquiry, which is set to begin “sometime in spring 2022”. In the meantime, here’s everything you need to know about the COVID Inquiry and what we can expect from the process.

How Will The COVID Inquiry Work?

According to BBC News, the Chair of the Inquiry can call whoever they want to give evidence, “whether they are witnesses to an event or people with particular expertise.” As barristers’ chambers Doughty Street Chambers notes, witnesses to an event will be asked to give evidence of their experience or direct knowledge of what took place. They speak on behalf of an organisation, like the NHS or the police.

Evidence sessions will be given in public and under oath, per BBC News, and most sessions will be available to watch on TV and online. There’s no time limit to the inquiry either, and they can often take years due to the “huge amount of evidence that needs to be read.”

What Will Be Included In The COVID Inquiry?

The exact aims, issues, and remits included won’t be announced until closer to the start of the inquiry, but the Prime Minister has said his government would work closely with the devolved administrations and governments in Scotland, Wales, and Northern Ireland before setting out what exactly will be included in the inquiry itself.

Shortly after announcing that an inquiry would take place, the Prime Minister told MPs that the inquiry would consider his government’s handling of the pandemic before the first lockdown in March 2020, per The Guardian. As for other issues, law firm BDB Pitmans suggests that the higher death rate in general, especially among ethnic minority groups, will be a major point of contention, as well as the government’s “procurement processes” of contracts awarded during the pandemic.

What Issues Have Been Raised Around The COVID Inquiry?

Caitlin Boswell, author of the report and policy officer at JCWI, said in a statement that if the government “wants to learn lessons” from this inquiry and “fully recover from the pandemic”, it needs to “stop prioritising its anti-immigration agenda above saving lives.” An anti-immigration agenda which is more commonly known as the Hostile Environment.

The term “Hostile Environment” is used by many to describe a set of policies that are intended to block undocumented migrants from using public services like the NHS and the police, as well as making work and housing inaccessible; effectively making life as difficult as possible.

Boswell added that the government “must listen to migrants’ voices, including those who’ve lost status, and ensure that in the future, no-one has their life put at risk because of their immigration status.” Boswell concluded that in “doing so will not only protect the most marginalised, it will help protect all of us.”

Sense, a charity which focuses on complex disabilities, has also called for the government to take the experiences of disabled people and their families into account. As the charity notes, 6 out of 10 people in the UK who have died from COID are disabled, despite making up 22 per cent of the general population.

“Decision-makers did not engage with us, our needs were often overlooked and communications were largely inaccessible,” Fazilet Hadi, Head of Policy for Disability Rights UK, explained. “Health bodies treated our lives as less valued, disabled people receiving social care were inadequately protected, some disabled children were denied education and support, and supermarkets failed to ensure that we could access food.”

There is yet to be a date announced or confirmed for the COVID Inquiry.