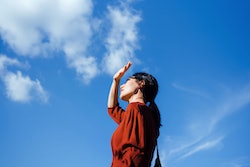 The UK Government has pledged £125 million to local councils for the provision of vital accommodation and support services for domestic abuse victims. The watershed moment for domestic abuse services was announced by the Department for Levelling Up, Housing and Communities, and brings the total figure of investment to £330 million since 2014.

This funding builds on the work of the Domestic Act 2021, which necessitates a legal duty by local councils to provide accommodation, including refuges and shelters, for victims. This latest funding instalment will legitimate the provision of healthcare, social workers and benefits, interpreters, and immigration advice, allowing victims to rebuild their lives with as much ease as humanly possible.

The UK Government is also debating the rules around housing and relocation, aiming to give victims a wider choice in where they settle in their new lives.

The Office For National Statistics indicates that, in England & Wales, the police recorded a 6% increase in domestic abuse-related crimes between March 2020 and March 2021. Alongside this, the charging rate dropped to 70%, plummeting from 76% between 2017/2018, with reports of domestic abuse increasing by 25% during 2020.

And in a recent study by the medical journal, The Lancet, it’s been found that more than a quarter of women under the age of 50 globally have experienced domestic violence by a male partner in their lifetime, with one in seven saying that this violence had happened in the past year.

Refuge beds have increased by more than 20% in the last 12 years, and an extra £4 million is being diverted towards the Respite Rooms programme, enabling rough sleepers made homeless by domestic abuse a safe place to stay.

In a statement issued by the UK Government, Safeguarding Minister Rachel Maclean expressed:

“Home is not the safe place it should be for domestic abuse victims. The extra support provided will provide a vital lifeline for victims as they try and rebuild their lives. These changes sit alongside the new measures in the Police, Crime, Sentencing and Courts Bill which will give victims longer to report offences to the police, so that abusers do not evade justice.”

The UK Government also aims to increase funding for victim support services to £185 million per year. This accommodates the planned implementation of the Victims’ Law as discussed in December 2021, which aims to prioritise victims’ experiences and welfare in the criminal justice system.

More like this
Gen Z Are Twice As Likely To Identify As Queer, According To New Data
By Sam Ramsden
90 Epic Truth Or Drink Questions To Play 'Say It Or Shot It' With
By Bustle UK
Watch Jacinda Arden’s Devastatingly Honest Resignation Speech
By Sam Ramsden
Eurovision Has Been Given A Whole New Look Ahead Of Its Liverpool Debut
By Bustle UK
Get The Very Best Of Bustle/UK
Sign up for Bustle UK's twice-weekly newsletter, featuring the latest must-watch TV, moving personal stories, and expert advice on the hottest viral buys.