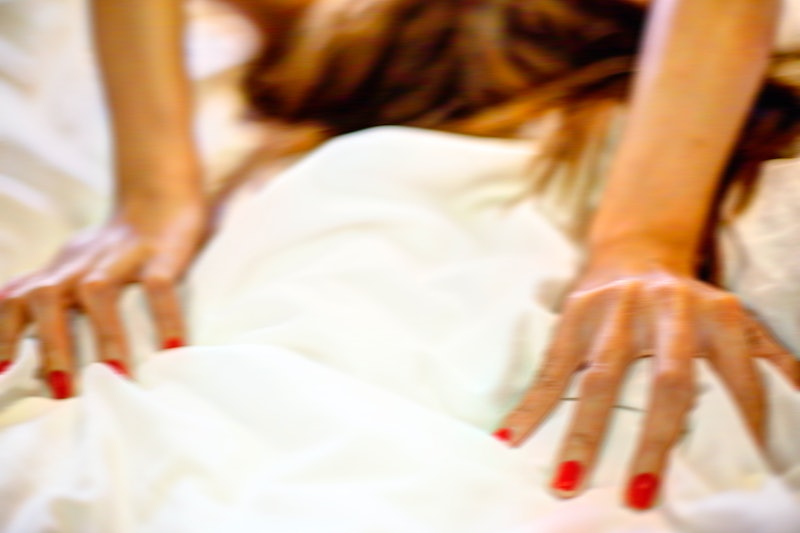 If you're not aware of exactly what goes on inside your body while you have an orgasm, well, I don't blame you — isn't that why we have orgasms? To momentarily ignore ourselves, reality, and the inevitable heat death of the universe, and just lean into some pants partying? But just because we're not necessarily paying attention to our bodies while we orgasm, doesn't mean that our bodies are not doing a ton of totally impressive things when we climax.

Though scientists and researchers have never quite come to a definitive conclusion as to why the female orgasm exists , there have at least been a number of in-depth studies of what goes on in the female body during sex and orgasm — beginning with those conducted by the actual masters of sex, William Masters and Virginia Johnson. Masters and Johnson conducted research on the subject in the '50s and '6s, and found that human beings had four stages of sexual response — excitement, plateau, orgasm and resolution — each of which included some important and very interesting involuntary bodily responses. But the involuntary responses related to orgasm might be the most interesting — after all, you knew having an orgasm was work, but did you know exactly what kind of work it involved? Well, you're about to.

Ready to appreciate your orgasms on a whole other, scientifically knowledgeable level? Then read on, for all the things that happen after climax from why your legs twitch to why you lose your breath.

1. Your Vagina & Clitoris Fill With Blood

"Genital engorgement" is more than just the name of your death metal band — it's also one of the first things that happens to your body when you get aroused.

Dr. Laura Deitsch, aka Dr. Shameless, Vibrant’s resident sexologist and licensed clinical professional counselor with a doctorate in human sexuality, previously told Bustle, "Breasts can also get larger, up to 25 percent to be exact. The vulva also becomes engorged, due to the amount of blood that rushes to the pelvic area too, The vagina is also enlarged in order to make room for a penis (if so inclined), a sex toy, or anything else that gives its owner pleasure."

And as your arousal increases, so does your engorgement — it's one of the things that helps your body achieve the tension in your pelvic muscles required to achieve an orgasm. Your junk stays wildly engorged until after you have an orgasm.

3. You Lose Your Breath

4. Your Uterus, Vagina & Anus All Contract At Once

Yes, even if you're way too uncoordinated to engage in any synchronized electric sliding at your cousin's bar mitzvah, you still can —and do — contract three of your sexual parts at once, every time you orgasm.

"During orgasm the muscles in the vagina, anus, and uterus contract and then release, producing those waves of pleasure that feel so great," Dr. Deitsch said. "Increased blood flow to the genitals during orgasm also maintains the integrity of the smooth muscle that lines the vagina, rectum, and connective tissue between the penile shaft and scrotum. There are huge benefits to keeping the genital vasculature pumping on a regular basis."

Your orgasm is actually comprised of multiple contractions that are .8 seconds long — a short orgasm might be made up of five contractions, while a major one might include 15 contractions.

5. Your Other Muscles Involuntarily Contract, Too

Of course, the involuntary muscle contractions don't end at your funky bunch — you might also feel like you’re twitching after orgasm or your legs or shaking. Basically, you’re having involuntary contraction of other muscles in your feet, legs, or face (hence the classic "have I suddenly become a rabid zombie or am I just having an orgasm?" face).

6. Your Capacity To Control Your Own Behavior Drops

If you've ever been distracted by some stress or worry while having sex, and then suddenly stopped caring about it (or anything else) as you had an orgasm, a study out of the University of Groningen in the Netherlands may explain why. The area of the brain which controls emotions like fear and anxiety, powers down during an orgasm — as does the lateral orbitofrontal cortex, the part of the brain that controls our behavior. So there's a real scientific reason that orgasms help you forget your troubles — and a real scientific reason that orgasms make you flail like a malfunctioning robot. A fair trade, if you ask me.

7. Your Brain Runs The Whole Show

While there’s a lot of things happening to you neck-down when you have an orgasm, at the end of the day, it’s all in your brain. “When you orgasm, we have a rush of oxytocin, which some people call the love hormone...that’s what dictates the full-body, pleasurable feeling,” Janielle Bryan, MPH, a public health practitioner and professor, tells Bustle.

Your brain is the reason all the other physical reactions happening above happen. And it’s not just orgasms. Bryan says that the feel-good hormone can occur during non-sexual touch like a hug. But when you reach the big O, the oxytocin being released by your brain can create a connection or bond, lift your mood, and just generally make you feel good.

This article was originally published on July 16, 2015