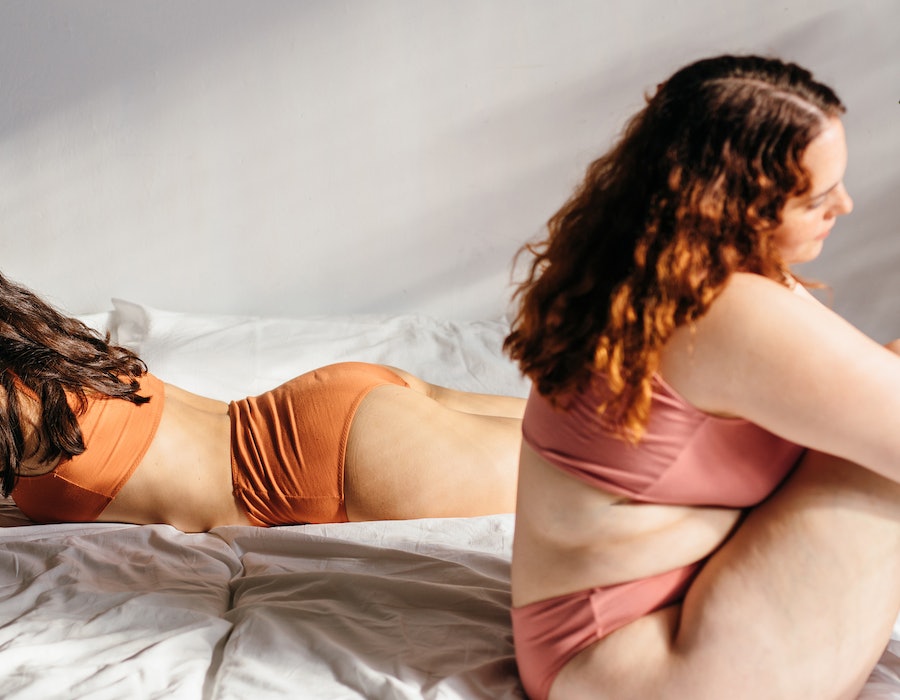 As a sex columnist, I get a lot of letters from a lot of worried people. They worry they’re too inexperienced; they worry their sex life isn’t exciting enough; they worry they don’t know what they’re doing; they worry their desires are abnormal or straight-up strange. So many people who write me seem to assume they’re somehow missing some key information, and if only they had access to it, they’d never be anxious about sex again.

I do my best to give concrete advice and to remind them they’re not alone, but the truth is, they can stop worrying so much about getting sex “wrong” or “right.” It’s so varied, at least in part because it’s so emotional. It changes all the time, depending on your partner, your job stress, your health, and even small, stupid things like whether your dog just ate one of your socks and threw it up. There is very little universally applicable advice beyond “Do what feels good without harming others.” Follow that rule, and you’re probably doing OK.

That said, there are some unhelpful assumptions a lot of my readers seem to share. Below, you’ll find some commonly held beliefs about sex that are making the whole thing a lot more stressful and a lot less fun. Don’t think of these so much as rules to follow as attitudes to adopt, and as with all advice, take what works and leave the rest.

Believing Orgasms Are The Point Of Sex

Listen, orgasming is amazing and you deserve to orgasm. I’m firmly and vocally pro coming. But so many people who write to me are overthinking their own sex lives, fixating on how to be good at sex. They’re in their own heads about coming, in other words, which, of course, just makes it that much harder to come!

It’s understandable to assume that coming is the most important marker of good sex; we even call it “achieving” an orgasm, as if it’s an accomplishment. People fake orgasms pretty frequently, according to research, often in order to not wound their partner's pride — and the only reason to do that is the belief that orgasms are the only and ultimate point of sex.

So here’s the secret: Sex is so much better when you focus less on the big finish and more on pleasure throughout the experience.

You can have good sex without orgasming. Many people do: Some medications — including many of those prescribed first for anxiety and depression — make orgasming very difficult. As does stress, as do depression and anxiety themselves, as does past sexual trauma, as do all kinds of random body quirks. For a lot of people (like, more than you think), coming isn’t guaranteed.

Anyway, why focus only on the culmination? It’s a little weird, if you think about it. Would you watch a movie over and over if you hated the first 95 minutes, but the end was nice? Probably not! Actually, it would be pretty hard to make a movie like that because — much like an orgasm! — you have to build to a satisfying ending. Besides, it’s not like an intense focus on coming is making it easier for anyone to come.

Talk to your partner and communicate what you want and need, as well as what might help and what will definitely not help. But at the same time, try adopting a new mindset around sex: This is a nice thing the two of you are doing together to make each other and yourselves feel good.

Being Afraid Of Missing Out

Almost nothing is more common in the world of sex advice than hearing from someone who is convinced they are missing out. People write to me mourning the sex lives they might’ve had: What if they’d left an unhappy relationship earlier? What if they’d ended up with their college boyfriend? What if their ex hadn’t broken up with them?

The worst part, though, is people often describe feeling silly or ashamed for feeling this way, as if being emotional about missing out will only waste more time. But it does suck that you only get to live one life and that you can’t try everything. So feel sad! Feel your grief! Get mad and lonely and scared and resentful and bitter all you want. Feel your feelings all the way up to the top.

And then find healthy ways to cope with them — maybe take some time to explore, if that’s what you want. But please let go of the belief that everyone else is having an easy-come, smokin’ hot, gangbusters sex life without you.

Thinking Good Sex Is Only About Chemistry

Good sex takes work. But most of us assume otherwise: We see good sex as a sign of chemistry, which makes it a static thing — something a person is either able to offer you or not. In reality, your sex life is built with a person. You aren’t picking out a car; you’re building a house together, brick by brick.

Hot sex requires attraction, sure, but it also requires effort; usually, that means excruciatingly honest conversations about what you want in bed. Most of us are pretty unpracticed about talking about sex in ways that don’t feel really, really awkward, in part because we’ve never had great avenues to talk about sex.

People write in often asking how to bring up that they want something different in bed. Many people ask how to navigate different sex drives, for example. One person wrote in, worried about the fact that they don’t like kissing. Another wrote in worried about not being attracted to their partner currently due to weight gain. All of them have more communication to do — scary communication — about what they want sexually.

It’s not like you need to spill every sexual thought and feeling you have right away with a new partner. But if you are interested in having sex with the same partner for a while, it’s worth it. Don’t be afraid to do seemingly “corny” things like play games that ask sexual questions or take online quizzes that share your overlapping kinks with each other. If this is the only person you’re having a sexual relationship with, you ought to be able to talk about it.

More like this
Expert Tips For Being On Top When You're Plus-Size
By Lexi Inks
Are Quality Time & Physical Touch Love Languages Compatible?
By Lexi Inks
How To Do The Intimacy-Boosting Lotus Sex Position
By Laken Howard and Lexi Inks
I Never Orgasm During Sex. What Can I Do?
By Sophia Benoit
Get Even More From Bustle — Sign Up For The Newsletter