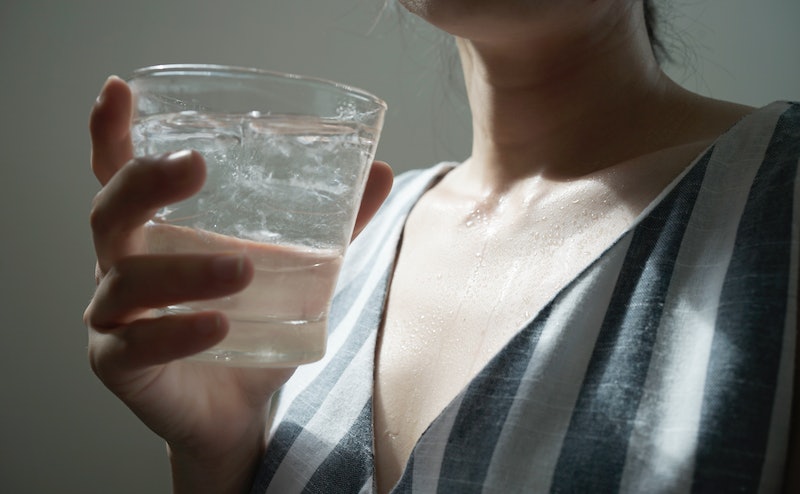 The COVID-19 pandemic did a number on many people’s daily routines. If you found that being stuck at home for the majority of the year led to an increase in alcohol consumption, you might be feeling inclined to give Dry January a try — refraining from drinking any adult beverages for the first month of the year. You’re probably aware that limiting alcohol can generally be beneficial for maintaining good health, but you may also be wondering what to expect from Dry January on a physical and emotional level. People who've given up alcohol for a month or longer say they’ve seen changes in many different parts of their lives.

One often-reported change is in your ability to catch Zzz’s. Many people report that they experience improved sleep quality when they cut out alcohol, which can, in turn, leave you feeling more energized the next day. Victoria, 29, a marketing specialist in Houston, Texas, noticed such improvements when she cut out the booze. “In addition to saving a lot of money, I found that after a few weeks, ... my energy levels improved and my workouts felt stronger,” she says. For Becky, 37, who works in technology marketing in Portland, Oregon, decreasing her alcohol intake helped her both with exercise and daily tasks. "I had the energy for two workouts a day while working from home and also taking care of a toddler.”

Anna, 42, a massage therapist in Wiltshire, England, noticed improvements in her running routine after cutting out alcohol for two and a half months. “I cut out alcohol while training for a half marathon and found that I recovered quickly from hard training runs and performed well on race day,” she says. Kristen, 34, a risk management analyst in Albany, New York, similarly found her training mojo after reducing her alcohol intake. “After doing Dry January last year, I found that it really set me up to start eating better and get back into great running shape,” she says.

You may also notice that your period may get better without alcohol. Research is limited in this area, but some people have found that cutting down on drinking can help to reduce PMS symptoms. “I’ve cut alcohol for 30 days before and found that it not only improved my mood, sleep and energy levels, but my menstrual cramps went away,” says Pattie, 40, who works in the funeral industry in Houston. “I’d forget my period was even coming because I didn’t have mood swings or stomach aching.”

Not everyone feels great immediately upon giving up alcohol, especially if they’ve been using it to cope with life stress. Becky found that unlike most people, her sleep quality worsened in the initial weeks of cutting herself off. “I had a hard time going to bed and constantly felt anxious, which made me realize that drinking was a weak coping mechanism,” she says. If this is your experience, talking to your healthcare provider can help you determine if therapy or another resource can be beneficial for you.