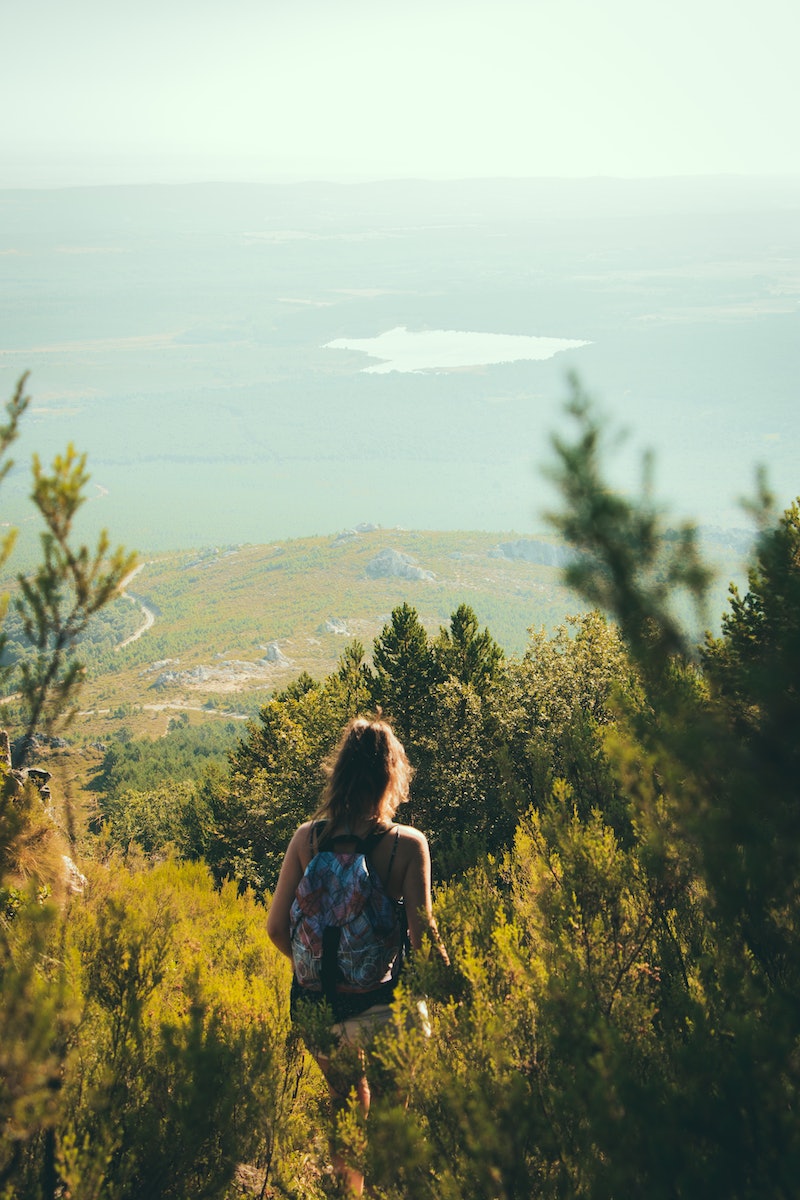 The beginning of cold weather and shorter days means a lot of shifts are coming: swapping out your outdoor runs for treadmill sessions, salads for soups, and cute summer clothes for cozy sweaters and socks. However, for some people, the start of the cooler seasons also heralds a downward swing in mood. Seasonal affective disorder, where you experience symptoms of depression in response to environmental factors, is also sometimes known as the winter blues. But despite that moniker, seasonal affective disorder symptoms may start showing up sooner than you'd think.

Researchers are still not entirely sure what SAD's relationship to seasonality is; the body's reaction to shifts in temperature and light levels seem to be the core issue, as are negative psychological responses to different seasons. SAD is most commonly associated with autumn and winter, though the change of seasons in spring and summer can also bring it on.

"The predominant symptoms of SAD include sadness, decreased activity, anxiety, irritability, and daytime tiredness," Dr. Marc Romano of the Delphi Behavioral Health Group tells Bustle. "Individuals with SAD also present with increased sleep, increased appetite, and decreased sexual interest." Mendez says that if you have SAD, you might experience a lack of motivation, put off necessary tasks, isolate yourself from others and feel low for most of the day. A study published in Journal of Sleep Research in 2016 found that people with SAD also tend to experience more nightmares and sleep problems in winter.

A review of seasonal depression published in Clinical Psychological Science in 2016 found that diagnosing SAD is incredibly tricky because it often relies on people self-reporting their own moods, but that there definitely seems to be some kind of relationship between the shifting of the seasons and mood in some members of the population. Mendez says it's more common in young adults, women, and people with a history of mental health challenges, particularly depression. It may even be in your genes, according to a study published in PNAS in 2016, which would explain why some people are vulnerable to it and others aren't. So what time of year should you be on the lookout for lower mood and other symptoms?

Rather than popping up in the depths of winter, SAD can being to show up at the beginning of a seasonal change. "Research indicates that seasonal affective low mood may be informed by some people’s response to a decrease in daylight hours," Mendez says. One study published in Neuropsychopharmacology in 2016 found that this could relate to the brain's ability to transport serotonin, a neurotransmitter related to mood. Without sunlight, your serotonin levels start to go down, and that experience could be more intense in people with SAD.

While many of us don't really notice the days beginning to shorten or the leaves going yellow, people with SAD may begin to experience their symptoms early in the fall. September is often a time of great stress in the northern hemisphere, as the school year begins, offices return from the summer slump, and holidays feel far off. "SAD has been found to have higher rates in northern regions and lower rates in southern areas," Dr. Romano says.

In terms of treatment, light exposure can help. "The treatments for SAD have included light therapy, anti-depressant medication, and the use of melatonin," Dr. Romano explains. According to a 2020 study published in Psychotherapy and Psychosomatics, bright light therapy shows a lot of promise as a treatment for SAD, but scientists believe it's most effective when it's combined with therapy.

If you're experiencing SAD, Mendez recommends going to a therapist to learn coping strategies and decrease negative thoughts and behaviors in the colder months. If you are starting to feel symptoms, invest in a good SAD lamp, get sunshine, and schedule a session to talk with somebody who listens.

This article was originally published on Oct. 6, 2018