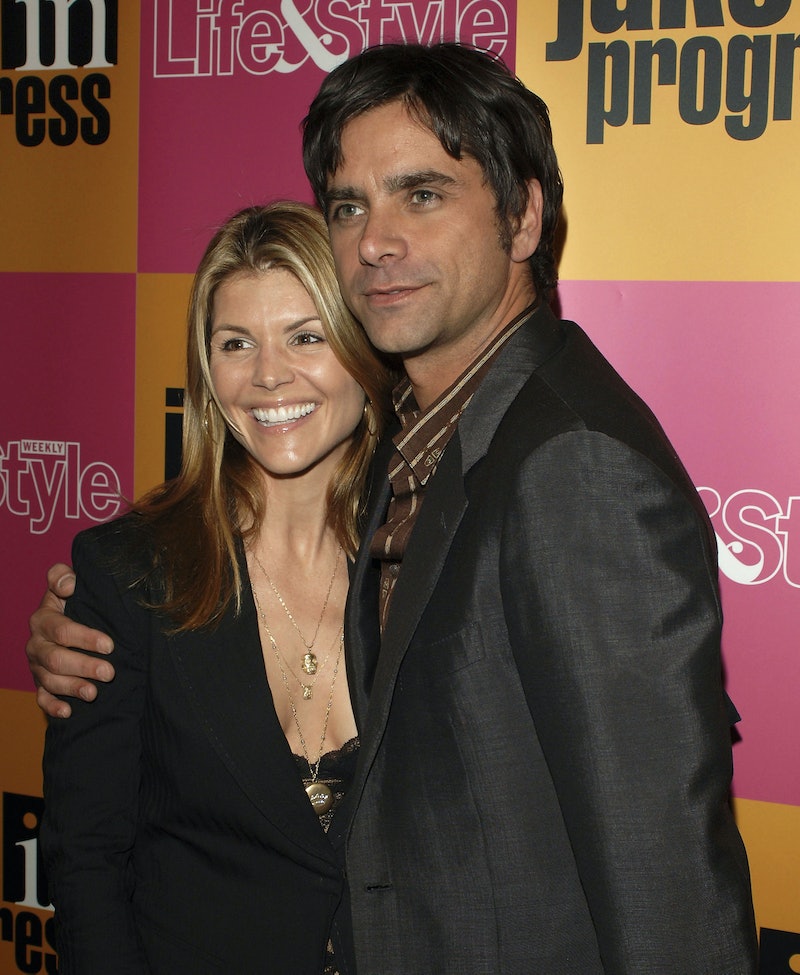 Thanks to Netflix's Fuller House, fans of the original Full House series will soon be able to once again watch one of the best sitcom couples ever: Aunt Becky and Uncle Jesse. Have. Mercy. Not only did fans of the series rejoice upon hearing that their favorite San Francisco-based family would soon be returning to the small screen, but many screamed with joy when they learned that Lori Loughlin and John Stamos would be returning as Aunt Becky and Uncle Jesse. Ever since they made their debut as the beloved characters, both Loughlin and Stamos have found a special place in fans' hearts. So much so that Full House fans wished they were a real-life couple. Well, that never happened, but Stamos and Loughlin have acted like Uncle Jesse and Aunt Becky in real life — on more than one occasion.

Even though their real-life "romance" has been filled with many missed opportunities (heck, Stamos said Loughlin was "the one that got away"), the two are still very good friends and have nothing but platonic love for one another. I guess that's better than nothing, right? Can you imagine if they would've hated each other on the Full House set? Now that would break my heart a lot more than the two not being a real-life couple. Plus, how can you get mad at them, especially when they share reunion photos like this from the set of Fuller House?

So, rather than focusing on the negative, let's reflect on the positive: all those times Loughlin and Stamos acted like Becky and Jesse in real life.

1. When They Gushed About One Another

On more than one occasion, both Loughlin and Stamos have said super nice things about one another. Similar to what Stamos said above, in 2013, Loughlin told E! News, "I will always love John, always.” Yep, they sound just like Becky and Jesse.

2. When They Reunited As Jesse & Becky

Thanks to Jimmy Fallon, Stamos and Loughlin reunited (before Fuller House) as the beloved couple. In addition to Becky coming on stage and supporting her husband, Jesse played some fan-favorite songs with his band, Jesse and the Rippers.

3. When They Saw A Musical

Now, I don't know if Jesse would've gone to a musical, but Loughlin and Stamos sure did. Let's just say it was kind of like a date night, but not.

Loughlin loves the good old days of Becky and Jesse. Who can blame her?

5. When They Got Silly

Just like Stamos and Loughlin, Aunt Becky and Uncle Jesse were definitely goofy at times — and I loved it. Also, *fingers crossed* they take selfies on Fuller House.

6. When They Were Basically Perfect

When weren't Aunt Becky and Uncle Jesse pretty much the perfect couple?

I'll get my Becky and Jesse fill anyway I can — even if that means through Lori and John's amazing friendship.