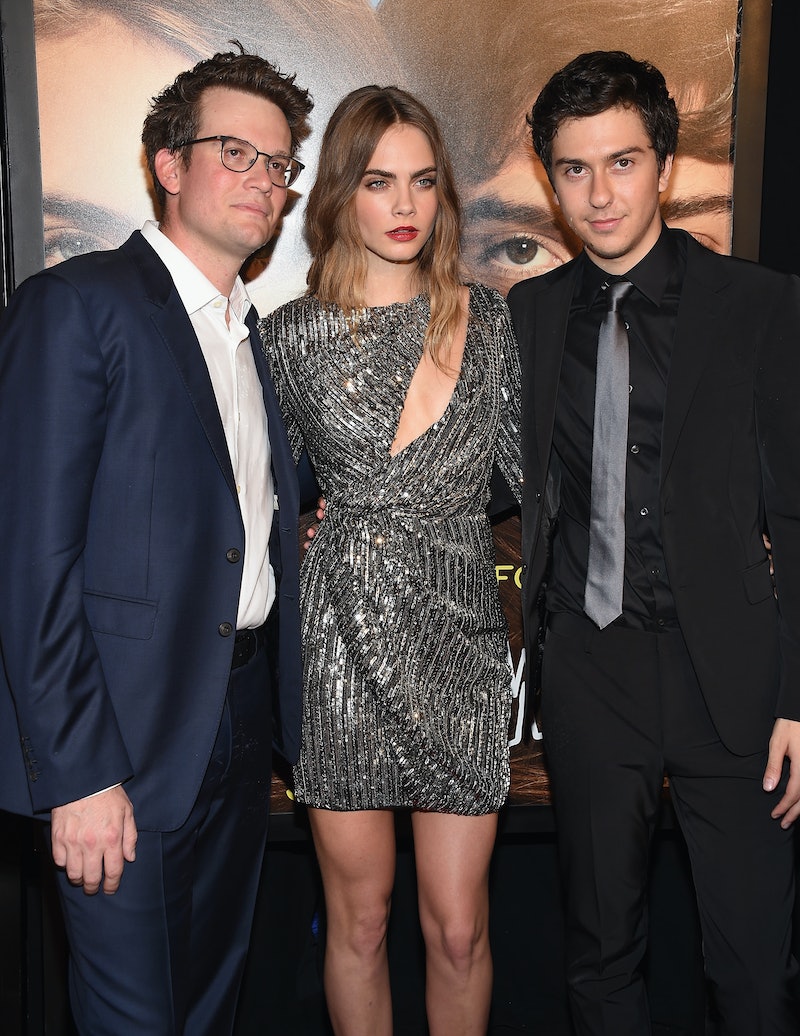 Part of the magic of seeing John Green's books brought to life is the music that accompanies them. (Case in point: Sam Bruno's "Search Party," which is just one of songs on your summer 2015 soundtrack.) Paper Towns star Nat Wolf and his brother Alex contributed the song "Look Outside" to the movie, and it's basically a John Green Book in song form.

One of Green's signatures is the way in which he writes emotion. Just when you think you've dodged a cry-fest, he throws in a plot twist which leaves you sobbing into a pint of Ben & Jerry's. (Or maybe that's just me.) Likewise, Nat and Alex are all about tugging the heartstrings with this sparse piano ballad.

Lyrically, "Look Outside" also reflects the Paper Towns plot. With verses that those people that have your back and will pick you up when you're feeling down, this song kind of nails it. Of course, there's also the mention about meeting someone in the evening, which references the first act of the book. It's a pretty amazing accomplishment to be able to channel Green's abilities, which makes me love "Look Outside" even more. Check out the GIFs below to see seven times this song's lyrics paralleled to Paper Towns.

OK, this is totally a nod to Q and Margo's midnight adventure.

What happens after the best night of your life? If you're Q, you hope that it happens again.

Margo helps Q embrace his life to the fullest.

This is a literal interpretation of the prank Margo and Q pull on Chuck Parsons, when they wax his eyebrow and wake him up.

"Everyone is winding down / We're just getting started."

Again, a nod to Margo and Q's crazy adventure.

"I got your back / I can hold you up when you're feeling down."

One defining feature of John Green's books is the amazing friendships they describe.

For that moment when you realize your life is pretty darn amazing.