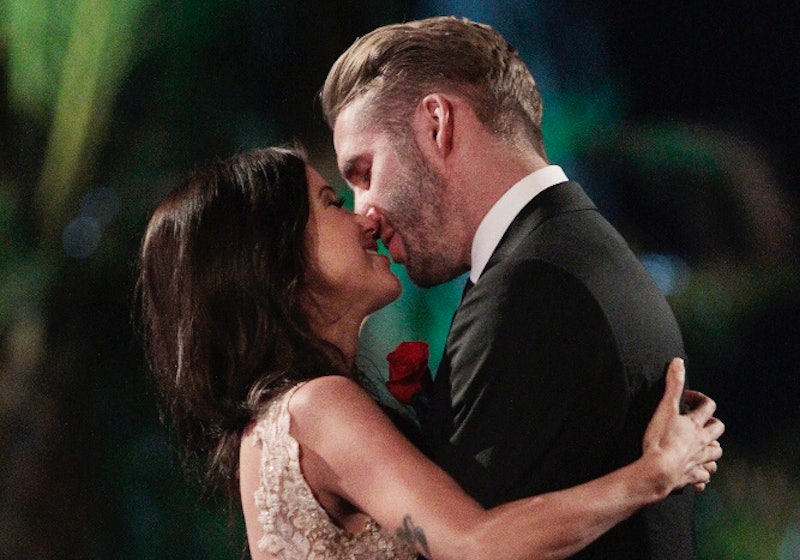 After more than 10 years on the air, Bachelor & Bachelorette fans are an extremely devoted bunch of folks. Perhaps it's because they're big ol' softies, or maybe it's because we just can't get enough of the drama, drama, drama. But whatever the reason, Bachelor Nation is hooked. What started as one man trying to find true love on television eventually escalated in something much bigger, including not one, but two Bachelor spin-off series. Even though the franchise is built off a reality show where nothing is actually real, viewers still tune in season after season to see what will happen next. And though it's never "dramatic" or "unlike anything we've seen before" as Chris Harrison so often puts it, these shows are endlessly entertaining. Maybe even more so than it is romantic.

Take this season, for example: There have certainly been a lot of twists and turns during Kaitlyn's Bachelorette season, and that's what keeps us hanging on. Any dedicated fan knows it is that exact shock factor that makes people keep watching — not the promise of truly everlasting love. Sure, I love to watch people get all cute and mushy with each other, but the show is so much more than. In the words of Rory Gilmore, it is not just a show, it is a lifestyle. Monday nights are not just a time to catch up on work, they are a time to gather with friends, watch The Bachelor (or Bachelorette... or Bachelor In Paradise), and drink all of the wine.

And since this ritual is something we Bachelor fans know all too well, I'm willing to bet we've all had these exact thoughts while watching people journeying towards connections for the right reasons:

1. "Has This Show Always Been This Intense? Like, Is My Memory Really That Bad?"

Seriously, the previews on this show make everything look like life or death. If you ever hear dramatic music or ambulance sirens, you know something big is about to go down.

2. "OK, That DID NOT Need To Be So Melodramatic, Chris Harrison."

Let's be real: Happenings on The Bachelor and The Bachelorette are never quite as extreme as they seem at first. Not only are the feuds and fights over the top, but who really falls in love in two months? Come on, folks.

Rose ceremonies are the best. Not only are men dressed up in nice suits, but those gowns are always gorgeous. On that note: Kaitlyn Bristowe was absolutely #fashiongoals this season.

4. "UGH, This Person Is Killing Me Right Now... But That Totally Means They're Getting A Rose."

There's always that one person. They shouldn't even be on this show, but they stick around, because villains and because ratings.

The good thing about the weirdos on these shows is that they are endlessly quotable. Can't think of a tweet? Grab a weirdo quote, attach a GIF, and blammo: Twitter gold.

6. "I’m Do NOT Like [Insert Polarizing Contestant's Name Here] But Man, That Has To Hurt."

In the end, it didn't matter if you were Team Shawn or Team Nick, it is still really sad to see someone's heart broken on national TV. These are still real people with real emotions, after all. Even if the show is kind of a big game set on playing with those emotions...

7. "[Insert Interesting Contestant Name Here] Should TOTALLY Be the Next Bachelor/Bachelorette."

Even though this season just finished, people are still picking their favorites for the next Bachelor. Because the show has a trend of picking the next contestant from the existing pool. Very Hunger Games of them if you ask me.

9. "Wait, JK. Single Life Is Way Better Than Any Of This Crying And Nonsense. Shut It Down."

One word: drama. I do not have the time or patience for all of those tears. Nope, I'm perfectly fine watching the show from my living room couch. With my heart protected and my glass full of rosé.