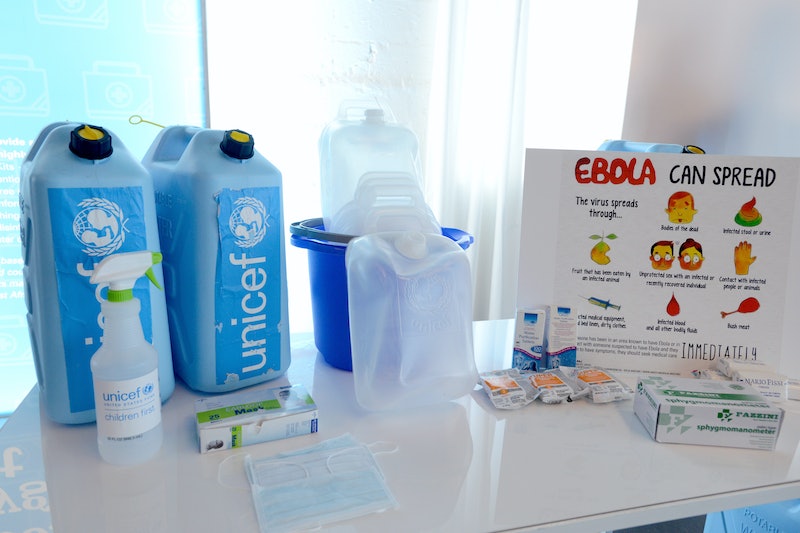 Kent Brantly, a Fort Worth, Texas doctor who famously survived the 2014 Ebola outbreak, is writing a book, Called For Life, about his experience, along with his wife, Amber. In 2013, the Brantlys moved their family from Fort Worth, Texas to Liberia, where he could provide medical care as part of the Samaritan's Purse World Medical Mission. Less than a year later, Amber and their children were back in the states, and Kent had tested positive for Ebola: a deadly, viral disease for which there is no known cure.

After being transferred back to the states, Brantly received treatment in an Atlanta hospital, where he underwent a variety of experimental treatments. The doctor survived, and later petitioned Congress to provide more research and aid for Ebola patients. Now, the Brantly couple have written a book about their experiences with Ebola. Called for Life details the family's decision to move across the Atlantic, how they dealt with Kent's diagnosis and treatment, and how their Christian faith guided them through the difficult times they faced.

The decision to bring Kent Brantly back to the U.S. for treatment was highly controversial. As the Ebola outbreak wracked parts of the African continent last year, nations around the globe placed higher restrictions on air travel, fearing a worldwide epidemic. Many Americans felt that bringing Brantly and fellow Samaritan's Purse missionary Nancy Writebol to the U.S. with active infections was too risky. There's no word yet as to whether the Brantlys' book will discuss the arguments against Brantly's return to the U.S.

According to NYC Today, the doctor and his family "plan to return to West Africa soon."