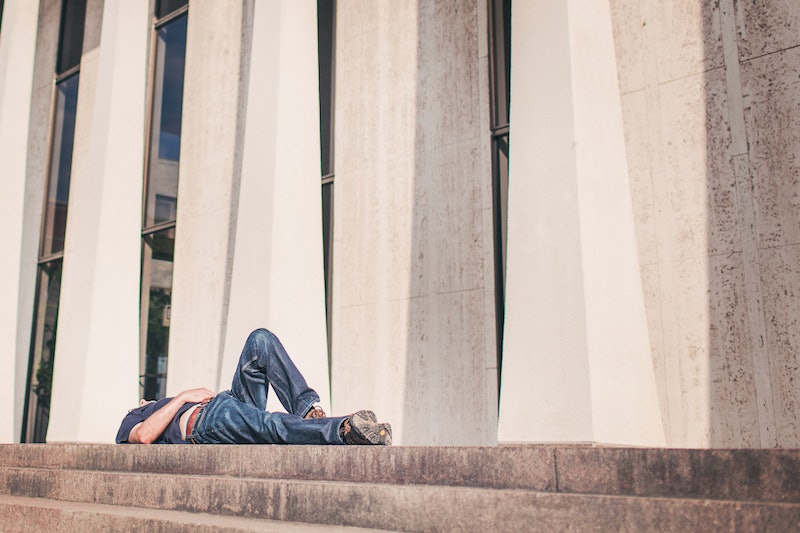 People talk a lot about “morning people,” those mysterious (to me, anyway) creatures who gets up every morning when the sun’s just rising with a spring in their steps and energy in their veins. People also talk a lot about the “Night Owl,” who experiences a burst of energy and productivity late at night while everyone else is asleep. I’m married to one of these latter folks: If my husband didn’t have a job that required normal sleeping hours, I think he would happily stay up and work until 4 AM and sleep until noon every day of the week. But what about people who aren’t early birds or night owls? Can’t we get some love?

I’m sure I’m not the only one whose peak hours aren’t early in the morning or late at night, but rather, somewhere in the middle. I’m most productive between about ten in the morning and eight o’clock at night; I’m not dead outside of these hours, but I’m not particularly useful, either. Apparently, there’s a name for us in-betweeners: Hummingbirds. To be fair, being a hummingbird has a lot of perks. Our society is structured to be generally awake when we’re awake and asleep when we’re asleep. Unlike night owls, we usually don’t have to work against our own internal clocks, and unlike early birds, we don’t drive other people crazy by being awake and chipper at five in the morning. But our sleep schedules affect our lives, too, and if you’re a hummingbird like me, you’ll recognize these struggles:

All nighters have never been a thing for you.

No matter how behind I was on studying for an exam in college, the all-nighter was never an option for me. Throughout my schooling, I would always have grand plans to get tons of work done from about 9 PM to midnight. You know what actually got done? TV watching. Aimless internetting. Wine drinking. Sleeping. I’m not saying it was a bad time, but productive it was not.

That 6 AM yoga class? Nope.

The idea of getting up with the sun and welcoming the day with exercise sounds so peaceful, doesn’t it? I’ve always thought so. Well, except for any time that I have actually tried to exercise at dawn and then realized that it was all a terrible, terrible mistake.

You don’t get to enjoy those quiet moments when the world is asleep.

You try to do the late night work binge or early morning jumpstart, and instead you sit in a coma drinking tea for two hours.

I’ve tried many a time to be get up (or stay up) and be productive outside of my normal hours, and it almost always backfires: I end up being totally useless until I reach my normal waking time or go to bed. So it’s a lose-lose: I get nothing done and I lose sleep. What’s the point?

You sleep in the middle hours and you will not be budged, dammit.

Happy hour is too early. Late drinks are too late!

When you’re a hummingbird, happy hour usually happens when you’re still immersed in your work zone. But then late-night drinks always happen when you’re winding down for the day. What is a hummingbird to do?? When will the drinks happen????

OK, so maybe it’s not that bad.