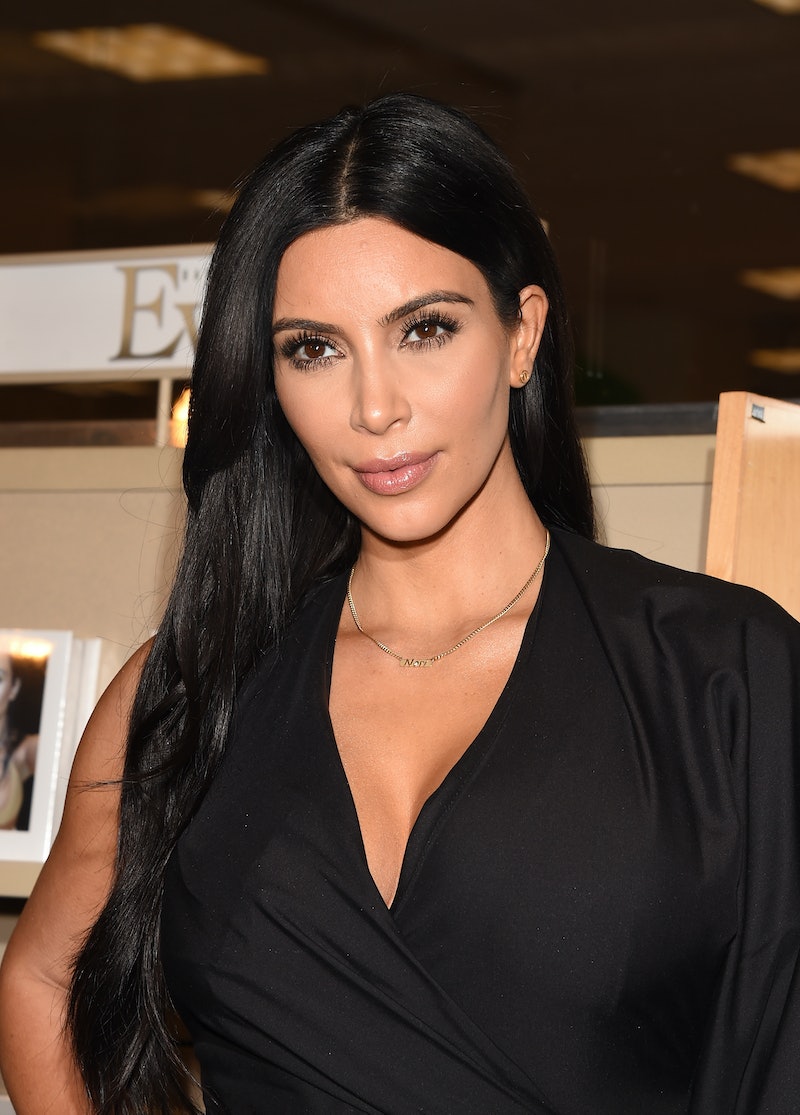 When noted feminist Naomi Wolf has something to say, I generally find myself head bobbing, fist pumping, and performing other embarrassing forms of agreement. Wolf's open letter about vocal fry, however, elicited no such reaction. In fact, the more I read the letter, the more disappointed I became, until I found myself struggling to quell the urge to go on a Twitter rant, with limited success. Despite Wolf's long history as a third-wave feminist (and my personal hero), her essay fails at one of the most basic principles of feminism: supporting other women. By urging young women to set aside their speech patterns, Wolf perpetuates the idea that women can't be successful without relinquishing parts of their identities.

The quality of the writing is impeccable, as is usual for Wolf; if nothing else, she's a succinct, well-spoken thinker. "Patriarchy is inventive," she begins the article, which was published in The Guardian. "The minute a generation of women has figured out how to not be enslaved by Ideology A, some new cultural pressure arises in the form of Internalisation B, making sure they don’t get too far too fast." Can I get a praise hands emoji? Whether it's chastity belts (which were actually used in the Victorian era, rather than medieval times), foot binding, or revenge porn, it seems like the patriarchy is always coming up with a new way to oppress women.

With such a promising beginning to the article, imagine my surprise when Wolf promptly pointed the finger at young women. "The most empowered generation of women ever ... is being hobbled in some important ways by something as basic as a new fashion in how they use their voices," she writes. She then goes on to cite a number of studies in which young women are found to be seen as less competent, less authoritative, and generally irritating based on the sound of their voices.

"Does cordially hating these speech patterns automatically mean you are anti-feminist?" Wolf asks, and the answer is no. Of course not. On the other hand, do young women really need yet another person telling them how to act — and, more specifically, policing their speech patterns? Sure, uptalk can be annoying. Making fun of the sorority girl voice is one of my favorite pastimes. But whether Wolf realizes it or not, she is falling prey to the insidious patriarchy, which says that women should distance themselves from their femininity as much as possible.

Where's the harm in sounding like Kim Kardashian, or Katy Perry, or any other young woman in the public eye? We are young women. It stands to reason that we would sound like them. Does anyone care that research indicates uptalk is on the rise in California males, or that men who use vocal fry are also seen less favorably? Of course not, but article after article is published on the subject of female voices, almost always with the implication that women need to adopt male patterns in order to be taken seriously.

So researchers found that a bunch of old guys think the way we speak is annoying. Personally, I couldn't care less, and neither should any of my peers. Why should we care about the opinions of a few old men when they clearly don't care about ours?

And then the question becomes this: How did a well-respected feminist, one who is generally recognized as a spokesperson of third wave feminism, manage to miss the point by such a wide margin? Given Wolf's long history as a feminist, it's safe to assume it's certainly not the result of any deep-seated misogyny. The far more likely reason, in my opinion, lies in generational differences.

Traditionally, some of the demographics society most loves to look down upon — not the only ones, of course, but two of them — are women and the younger generation. As a result, it should come as no surprise that young women are particularly subject to condescension and ridicule from whatever group is in power, which typically has been and continues to be mostly old, mostly white men. Any time young women, and especially teenage girls, become interested in something, it immediately loses value in the eyes of society. Boy bands are commonly-cited examples of this — for a modern example, look at the language used to discuss One Direction's primarily female fanbase. In a 2013 GQ article, One Direction fans are described as a "dark-pink oil slick that howls and moans and undulates with every impish crotch-thrust from their idols' plinths." So ... teenage girls reduced to quivering vaginas-on-legs that faint at the mere waft of male pheromones. Groundbreaking stuff.

When Directioners, as they call themselves, were outraged at this condescension, the Internet responded by taking their concerns seriously and understanding that teenage girls are actual humans beings with valid interests.

JK, LOL. Everyone ignored it or got snarky.

If this sounds familiar, it's because the narrative is very similar to the beginning of The Beatles' heyday, when their largely female fanbase was notoriously "crazy" for crying, screaming, and generally comporting themselves like regular people who were really excited to see their favorite band in concert. These days, of course, the Beatles are known as one of the greatest bands of all time, but it wasn't until men began taking an interest in their music that they were taken seriously.

I don't bring all this up to give an impromptu music history lesson, as fun as that would be. This same pattern can be found almost everywhere you look: Young women are vaguely associated with something, society scoffs, and girls are shamed for daring to express their interests. As seen in Wolf's open letter, this extends even beyond female interests and into the concept of femininity itself. Rather than accepting women for being, you know,

womanly, anything feminine is automatically seen as lesser. As soon as vocal fry was perceived as a female characteristic, it was doomed to be ridiculed forever — or until men start using it. Odd, then, that research shows they are using it, and yet not being told to change their vocal patterns the same way women constantly are, isn't it?

I for one am getting bored of seeing the same thing over and over again. Young women have to fight for every ounce of respect they receive, even from other feminists. Instead of telling teenage girls and 20-somethings that they have to alter their behavior in order to be taken seriously, why doesn't society start taking us seriously for a change?