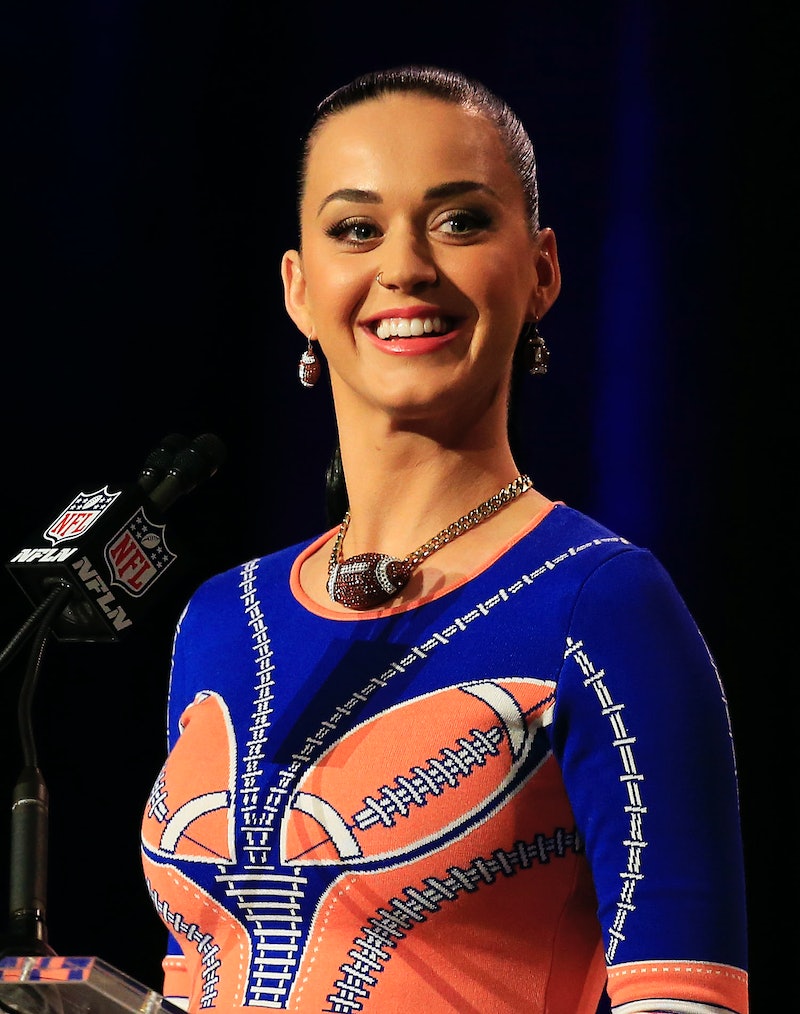 So far, everything has appeared to be flowing along quite beautifully ahead of Katy Perry's upcoming Super Bowl half-time performance. On Thursday, she totally aced her press conference, and as if a Lenny Kravitz set wasn't reason enough to risk game-day blindness by pulling my chair as close to the TV as possible, the prospect of Missy Elliott being Perry's surprise guest has me absolutely ecstatic. However, quietly lurking in rafters of the University of Phoenix stadium is the one thing that could possibly land the “Dark Horse” singer's performance on this list of the strangest half-time shows ever, and that's Katy Perry's supposed feud with Taylor Swift.

Rumors suggest that Perry plans to diss Swift at the Super Bowl, and although the two pop stars reportedly haven't been on the best of terms for quite some time now, the thought of Perry tainting her half-time performance to take a dig at Swift sounds rather ridiculous. But Billboard questioned Perry about the so-called feud during rehearsals for the show and her response shows that she isn't exactly the turn-the-other-cheek type of person.

"If somebody is trying to defame my character, you're going to hear about it," Perry said in reference to her infamous "Mean Girls" tweet that was believed to be directed at Swift. To be clear, Perry was simply responding to a question, and she didn't say she would address anything at the Super Bowl, but I just hate that this whole feud narrative is attached to her performance.

Thanks to Perry, this year's Super Bowl promo tour has been extremely lighthearted and fun, and while I trust that she's completely focused on putting on the best show possible, I just hope she keeps the positive momentum going, and lets all the drama play out on the field.