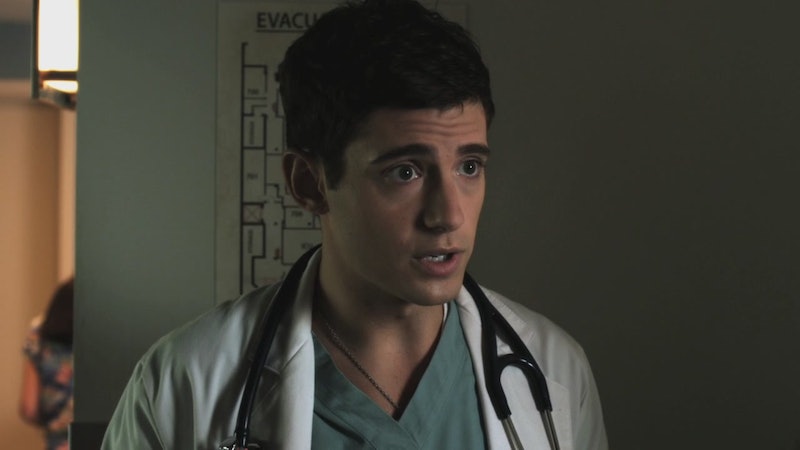 I would like to call it now: Wren Kingston is totally Charles DiLaurentis. I wasn't too sure after the initial "Charles is A" reveal, but now that I know that Charles is a DiLaurentis and not a DiLaurentis and a Hastings, I'm convinced that Wren has to be the big bad we've all been searching for since Season 3. There are so many reasons why this makes sense: Wren is deeply connected to Radley, he's macked on half of the liars (and one of their siblings), and is perpetually "out of the country" when A-related incidents occur. If I and so many other Pretty Little Liars fans are right about Wren's nefarious ways, he's been ruining the lives of the liars for years now while disguised as A. So not cool, Wren.

Of course, Wren isn't just ruining lives in a black hoodie: he's actually been a Regina George-level life ruiner for some time now. Wren's always been hella shady, but you really have to mine through his past with the girls to realize that he's actually been messing things up for them for years. Here is a brief list of all the times that Wren ruined absolutely everything — because he doesn't have to be A to be mess everything up.

1. When He Came Between Melissa And Spencer

Hey, you know what's fundamentally not cool? Hooking up with your fiancée's sister, who is, oh yeah, still in high school. Melissa and Spencer's relationship was fragile enough, you did not have to go and plant your British lips on 16-year-old Spencer while still planning on walking down the aisle with Melissa.

2. When He Breaks Into Spencer's House

There's nothing more pathetic than showing up to your ex's house completely smashed, but you lose major charm points when you show up drunk and break a potted plant.

3. When He Made Things Super Awkward Between Spencer And Toby

Wren pined for Spencer even though she was still very much with the Tobster — and Toby and Wren had a lovely awkward moment in the emergency room after A tried to break Toby's leg. You do NOT come between Spoby... even if you are a hot British doctor.

4. When He Acted Like The Shadiest Human Ever At Radley

So, Wren made Cece a Radley pass so she could talk to Mona? That's not fishy at all. Even Mona during her "crazy phase" couldn't trust Wren. Is that because he's Big A? His drawing of the farmhouse certainly does resemble that home movie...

5. When He Kissed Hanna

Okay, yes, technically Hanna kissed Wren — but at least Detective Holbrook had the strength to push the underage student away. Wren, on the other hand? He wanted to wife Hanna up, which everyone knows would be so bad for Haleb.

6. When He Went Full-On Stalker

Perhaps the only thing Wren ruined here was viewers' perception of him as a good guy, but still: it's ruined.

7. When He Fit So Many Of Charles' Qualities, It Was Impossible To Look At Him The Same Again

There are so many huge signs pointing to Wren as Charles that it's kind of amazing that Wren wasn't always at the very top of everyone's suspect list. If Wren really is revealed to be Charles in disguise, then, congrats, Wren: you've officially assassinated your own character. You ruined everyone's crush on the hot British guy from Pretty Little Liars forever.

Fingers crossed that Wren isn't actually Charles, because while I could forgive his many, many indiscretions, I'm not so sure we could forgive him for being A... even with that accent.