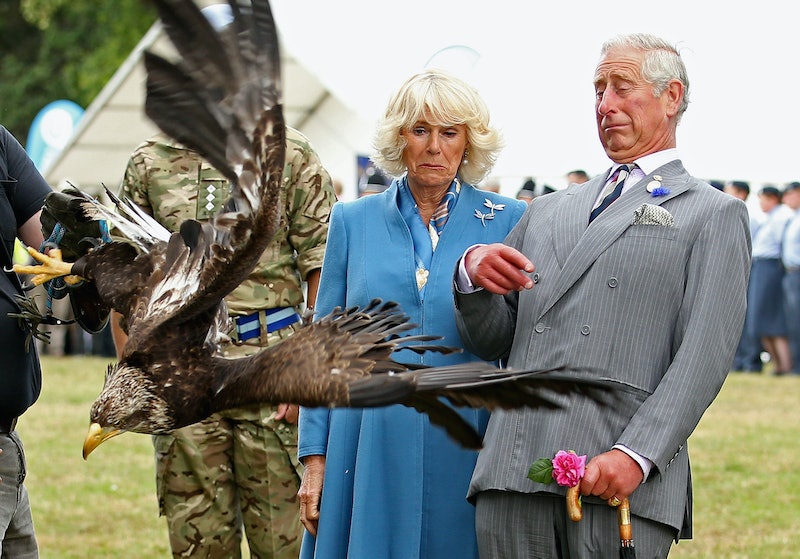 Every now and then all the planets and stars align into a beautiful symphony of internet WTFery, and that's when things like this Prince Charles meme are born. If you've seen the hashtag #princecharlesbeingattackedbythings trending on Twitter in the last few hours, you have one overenthusiastic eagle to thank. Prince Charles was at an event at the Sandringham Flower Show when Zaphyr the bald eagle (can we pause for a second because Zaphyr sounds like the perfect name for my first born) got all up in the heir to the throne's biznatch, inspiring a face that was just begging to be meme'd the internet over. The Poke got the ball rolling by sharing the image on Twitter, requesting that people do what they would with it. And boy howdy, internet people. You did not disappoint.

I have to say, I was impressed by all the Chrissy Teigen face memes that still appear to be going strong in some corners of the internet, but this one is already blowing them out of the water. I would like to thank Zaphyr, who is the mascot of the Army Air Corps by day, and the inspirer of great memes by night. You made all of this possible, my feathered friend.

And an up close view, for full effect, y'all:

Here are some of the choice memes that have hit Twitter:

For more pictures of the encounter, LOOK NO FURTHER than this awkwardpalooza: