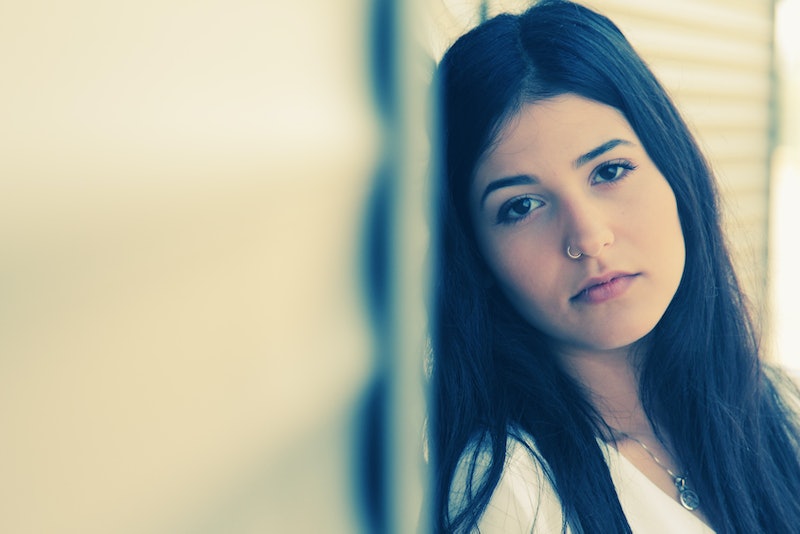 We all have our rituals that we do to get over a breakup. Some people have certain music that they listen over and over to, careful not to play their song or sometimes deliberately playing their song. Other people indulge in whatever numbs the pain whether it's ice-cream or a little medicinal weed. I'm not judging you, I have been there too.

When I've been badly dumped (and there is a difference between the yeah, I can tell this relationship is doomed to the out-of-nowhere breakup) it sometimes felt as if I cried more than I actually spoke. Sure, I tapered off with my crying, but it took a really long time to stop completely as if I had to go through a rehab for heartbreak.

No matter how you try to avoid it, we all get dumped sometimes. It's not fun, but you can survive it. Here are 11 things to remind yourself to ease the heartbreak:

End of story. If he or she, doesn't see that, then why would you want someone so clueless in your life?

It seems as if this post-breakup period will never end and that the pain is infinite, but it will be gone someday, and you'll look back on that idiot of an ex and think "Why did I lose my sh*t over them?" You've just got to feel all the feels.

3. Now Is Not The Time To Hide Away

You may be doing everything in your power not to have to explain the breakup to anyone and to not run into your ex and their new love. Eff that, get dressed, do whatever it takes to face people and get out there.

4. Your Future Is So Bright, No One Can Throw You Any Shade

Everybody is going to tell you that it takes time to get over a breakup and inside you're going to think they're all wrong: you will never get over this. But you will, and you'll be the same person you always were just with an extra layer of empathy and wisdom. All your ex did was intensify the brilliance that is you.

5. Don't Underestimate The Power Of You

Getting dumped can feel like getting a punch to the gut and a stab in the heart at exactly the same time and it can be tempting to blame the fact that things didn't work out on yourself. Don't do it. You're great, amazing, spectacular. Just because your ex didn't get the how amazing you are, doesn't mean you need to shrink down your self-esteem and self-confidence.

6. It's Time To Focus On Moving On

Stop obsessing over them and try to keep the Facebook stalking —I mean, making sure they're doing OK, to a minimum.

7. You'll Be With Somebody Who's Better For You

Now is not the time to think about all the happy and positive things your ex did, now is the time to dig deep and think about all the annoying and irritating things they did. Remember how she always took the last glass of wine and never replaced it? How about how you really didn't like his brother or how about the constant flirting with almost anyone, usually right in front of you?

Your ex has a new life now and you're not part of it. Do you really want to hear them go on and on and on about the new woman in their life? Trust me, you don't. Walk away from the phone, wrap your fingers in plastic wrap and make them too bulky to text if you have to.

9. This Breakup Was Life Material

Make something creative out this pain — write a novel or a song, paint something or just know what to avoid in your next relationship.

10. Things Have A Funny Way Of Working Out

In the long run, that relationship wouldn't have made you happy. If your ex hadn't dumped you, you would have dumped them, and while that might have felt a little satisfying, you'd still be in the same position. You've mourned the relationship, now is the time to visualize putting them in a boat, wishing them well, and waving to them as they float out of your life. You've had enough.

11. Coming Up With An Evil Plan To Get Your Ex Back Is A Big NO

No, you're not being constructive and proactive figuring out ways to re-hook your ex. Think of your heart not as broken but as frozen, drink a wine slushy, and let it go.

Getting broken up with will effect you in ways that you can see when you're in the midst of a dumpee-slump, and you will be better because of it. Now, you just need to take care of yourself.