Mall nostalgia is real, so a company has a Kickstarter to fund a kitchen gadget that shapes food into beads à la Dippin Dots. The little doo-dad is called the Imperial Spherificator. (Say that ten times fast.) I know I, for one, was getting way over the whole chewing thing anyway. It's like, there are only so many textures. Maybe seven. Let's say there's seven textures. (Science?) They get old and suddenly your mouth is all, "Listen, I'm bored." But then there's this new way to make any food have the texture of caviar. It makes things taste expensive — or at least feel expensive. Hey man, whatever works.

It's basically an offshoot of the Canadian company Kelp Caviar which — yep! — makes caviar-lookin' stuff from kelp. It's actually a pretty dope idea for vegetarians in particular. OK, and I'm coming at this as a person who eats and enjoys fish, but caviar is fairly revolting. The texture is fun but then it's like a tiny explosion of very fishy fish taste. A bit gaggy. Like tapioca with a horrible ending.

However, I realize my opinion is far from universal. But the folks at Imperial Spherificator have got my back at least with their Star Trek-sounding name and all. Check this out:

You can't hear the mouth sounds I'm making right now, but they sound like a cartoonish machine gun. It means I'm in support of this space age kitchen device. All foods should be in pearl shapes and consistency and finally someone recognized that truth.

So it appears the Spherificator uses a wizardly design to mix food paste (there must be some liquid element to the food you are manipulating, otherwise just eat your stupid sandwich, Max). Then it smooshes it with a seaweed extract and "calcium" (?) to create the inventive food pearls. The promotional video offers all sorts of pearl food ideas such as bastardizing bruschetta, making cocktails questionable, and scaring your friends over something as simple and pleasant as cheesecake. Again, I support all of this. If curious, you can scope the associated video in full at the Imperial Spherificator Kickstarter or watch here: 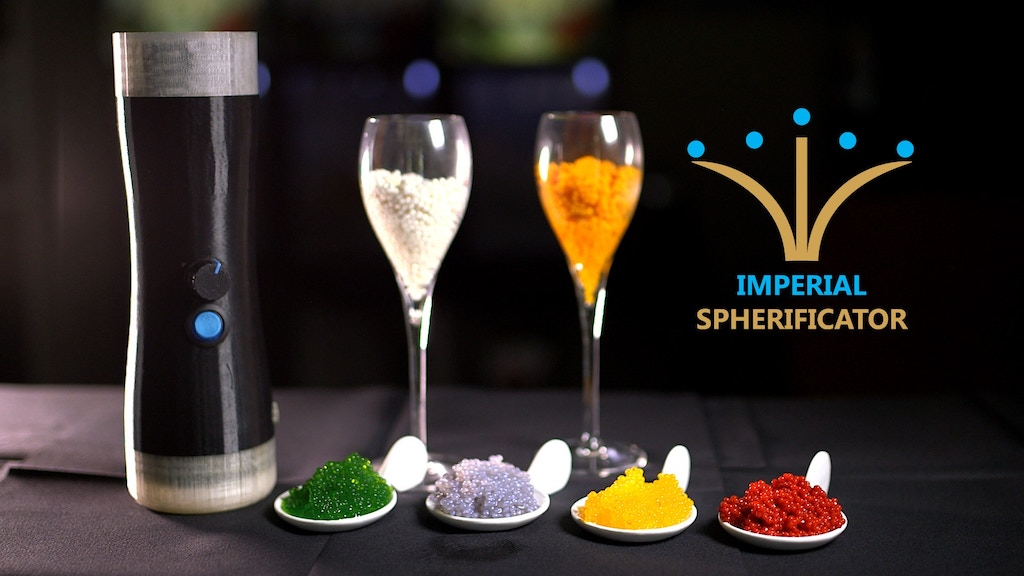 It's speculated the device will go for between $115 and $135. Worth it! Here's what I'd test the Spherificator on immediately:

OK, imagine how cute that'd be. Dribble those babies over a glorious, previously-sour cream'd quesadilla. Boom. Adorable. And delicious.

Again, so QT and tasty.

Fine. I'd use this exclusively for Tex Mex. So what? Free country. I'll spherificate whatever food I want.