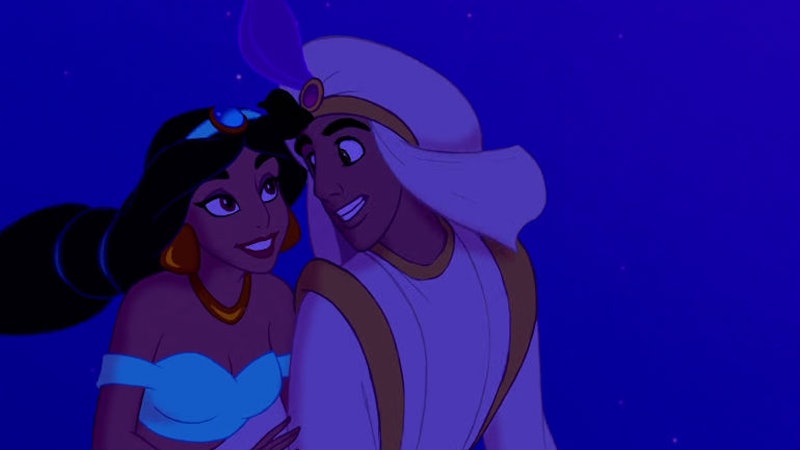 No matter how old we get, animated movies remain an important part of our childhoods. While I'm still fascinated by the urban legends in Disney movies, I also love the waves of nostalgia that come with watching them. From the amazing Disney princesses to the music to, yes, even the dirty jokes, growing up wouldn't have been the same without these films. But which animated Disney movie was the best?

I know, I know. It's a pretty tough call. I decided to look back at the movies released during the Disney Renaissance, a period between 1989 and 1999 that revived public interest in The Walt Disney Company and gave us some cinematic masterpieces. These movies have some serious staying power (and, at times, still make me tear up because emotion), which makes them perfect for this ranking. (I pulled 1990's The Rescuers Down Under from the list because it lacks the musical aspect of the other contenders.)

As for the criteria, I judged the movies by the characters, humor, music, overall effect and more. Believe me, it wasn't easy, as all the contenders have strong points, incredible soundtracks and are generally pretty stupendous.

Did your favorite movie from the Disney Renaissance top the list? Crank up your fave Disney tunes and check out the ranking below to find out!

There's no denying that Hunchback had a dark side, but it also had a lot of humor. Additionally, it gave us some life lessons to carry with us.

Phil Collins' music! Super cool animation! *NSYNC! There were so many amazing things about this movie, least of all the fact that President Grant from Scandal voiced Tarzan.

Raise your hand if you've listened to "Go the Distance" whenever you've needed a boost of inspiration. As a kid, Hercules made me go from zero to hero every time I felt down. Also, baby Pegasus was the cutest.

Pocahontas just celebrated its 10th anniversary and a decade after its release, it's still treasured. Not only does it remind us to appreciate the world around, but it taught us about accepting others.

Girl power was in full effect in Mulan. Armed with the best sidekicks ever, Mulan assured us girls that we can do anything we put our minds to.

The Little Mermaid soundtrack is among some of the best in Disney history. The movie took us to a whole new world where we met one of the most terrifying villains ever. This movie is, without a doubt, one of the best in the Disney canon.

Beauty and the Beast is awesome for so many reasons. Not only is the soundtrack iconic, but the characters are some of the best Disney ever created.

It's hard to top Aladdin. From Robin Williams' over-the-top amazing performance to one incredible song after the other, there's a reason Aladdin is a fan favorite.

As fantastic as the rest of the contenders are, you can't beat the emotional plot, classic humor and straight up chills that come with The Lion King. Plus, Elton John's musical contributions are some of the best in movie history.