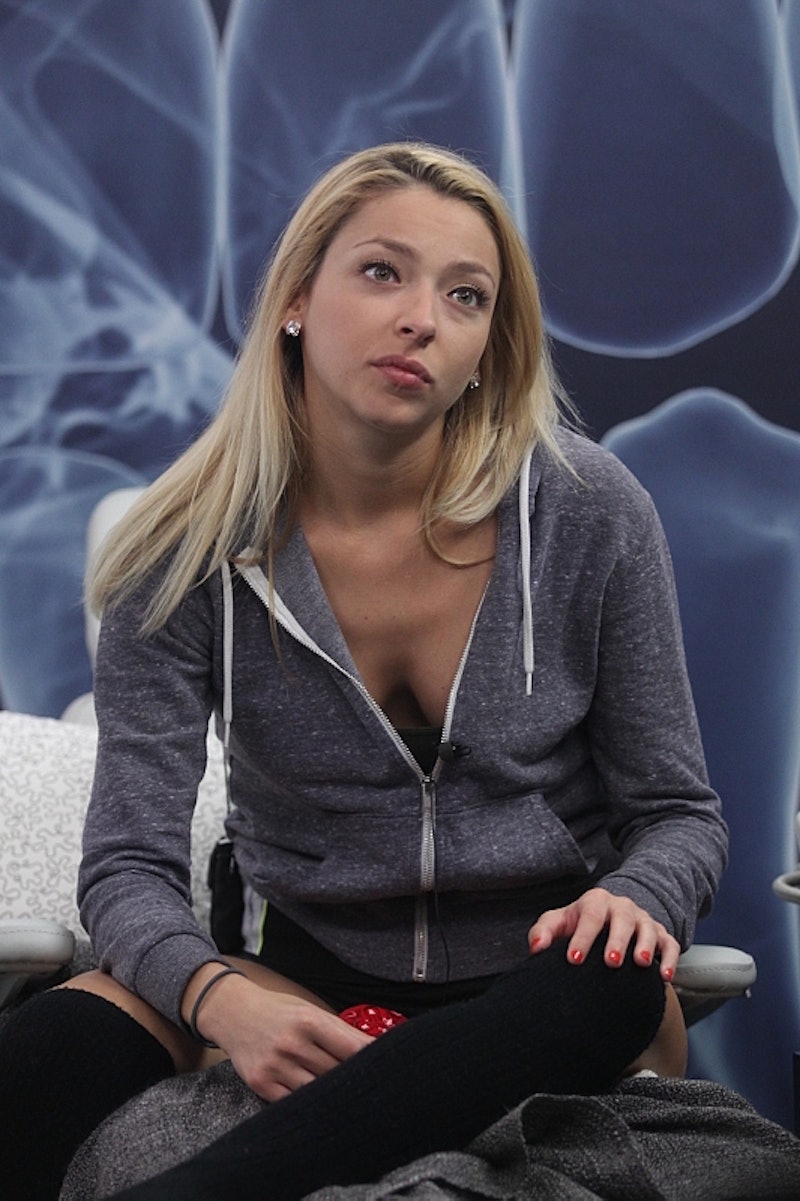 A few things are worth discussing when it comes to this whole "Liz leading Austin on" theory. First: the fact that it’s a very gendered response. Case-in-point — no one is accusing Clay of leading Shelli on or, in fact, of Austin leading Liz on. No one’s giving John a hard time for flirting with Becky. They’re just being men and being strategic. But, because Liz is being vocal about the fact that she’s not into Austin, she’s suddenly a horrible person and worthy of eviction.

There's a lot wrong with this. Just because she’s being honest about not liking Austin doesn’t mean she’s the only person in the house who is using a showmance to get ahead in this game. She is, however, the only woman who is doing it.

So, it’s super interesting — and sadly unsurprising — that she’s the one people are criticizing.

Another thing worth at least thinking about: To viewers, Liz is in a unique position in the house because of the Twin Twist. Think about it: We’ve seen Liz and Julia trade off fourteen times now. During those trade offs, viewers have heard them discuss relationships, catch each other up on strategy, and confer about which houseguests they need to get on their side. In other words, audiences have a deeper insight into their game that they don’t really get with the other houseguests. Like, for instance — does anyone have any idea what Becky’s true strategy is? Sure, it’s partly because she’s staying out of the limelight, but it’s also because we haven’t seen her blatantly talk about her strategy. She, like everyone else in the house, is keeping that relatively quiet.

But, with Liz and Julia clearly on each other’s team, they’ve revealed a lot more of their true feelings to each other than anyone else in the house — including how they feel about Austin.

This is all to say that Liz has done nothing wrong here. If anything, she’s been more vocal about her feelings, but that’s it. Liz isn’t “leading Austin on” — she’s just playing the game, and being honest with viewers and Julia while she does it.