Sure, Real Housewives of Orange County's Vicki Gunvalson has been openly skeptical about Meghan King Edmonds' parenting ability on this season of the Bravo series, but I disagree. Mostly because there's no denying that there have been plenty of cute moments between Meghan King Edmonds and her stepkids on the show and on her Instagram. Even though there's been criticism about Meghan and Jim's arrangement that has Meghan living in Orange County with daughter Hayley, while Jim spends most of his time in St. Louis for work, it's a bit deeper than that. Jim has four children total from his first two marriages, so it's taken a lot of wrangling to keep the family in order between multiple cities. And, personally, I feel like Meghan's doing her very best to make everything work for everyone.

When Hayley's mom, LeAnn, got terminal cancer, the whole family bonded together in order to make sure that Hayley could spend time with her mother while Jim also managed to keep his job in the Midwest. And, while that's a very sad example of how this family compromises for one another, there have been plenty of other times when the Edmonds family proved that their situation works for them. Meghan has a ton of adorable moments with all of her stepkids, even if she's still figuring out how to be a mom.

Even though lil' Edmonds supposedly takes after his dad, sitting through Little League is only for the dedicated parents. These kids look super cute in their uniforms, though.

2. Getting Hugged On Opening Day

This family really has a passion for baseball — and Meghan's stepdaughter clearly loved the big opening game, because she is straight up smothering MKE with that hug.

Hayley Edmonds and Meghan have a lot in common — they both live in Orange County and can do handstands, for starters, which makes this workout/adventure look incredibly fun.

I mean, Meghan's stepdaughter will be riding the popularity surge from this perfectly executed party for the next ten years — #elsasgalore.

5. When She Passionately Defended Co-Parenting 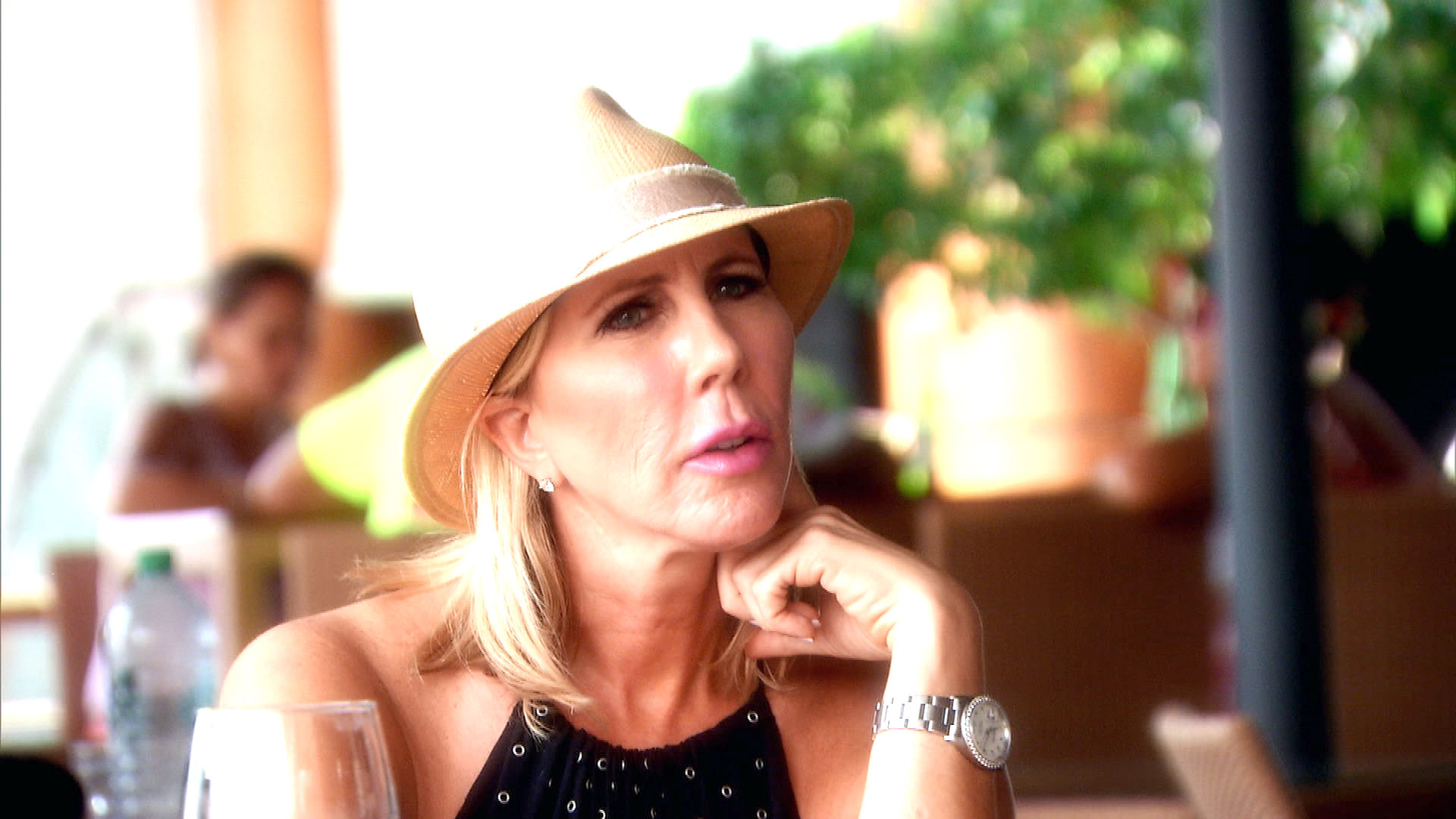 It's not easy to singlehandedly redefine what "stepmom" means. But Meghan has been trying to emphasize the importance of having a good relationship between stepparents and stepchildren to help divorced couples share parenting duties. Which is why she patiently defended her choice to help raise Hayley in California to Vicki.

6. When She Brought The Younger Kids To Orange County

That must have been a perfect summer vacation — surfing, swimming, hanging out on the beach.

Looks like that Elsa obsession was kicked off by a very adorable Christmas costume. And those matching pajamas are just too precious.

Anyone with a mother or stepmother as stylish as Meghan would want to experiment with makeup — I mean, duh.

9. When She Gave Hayley That Crazy Allowance

Sure, that 100 bucks was a lot — in her blog, Meghan called it "way more than I would've given her if I was her biological mother and had raised her from birth." I think that's something she's trying to get past, and her relationship with Hayley seems a lot closer now based on some of the photos and messages she posts.

It doesn't really look like Meghan and Hayley are super zen in this photo, but they definitely have the skin treatments down.

11. When She Convinced 'RHOC' Fans That She Was Cool

Meghan and her kids have shared some great moments on the past season of the show. And, after watching her on Real Housewives of Orange County, she makes a great case for how it's possible to raise stepchildren with as much love — but way more organization — as a "regular" family. Which is pretty cool, even if her kids might not agree.