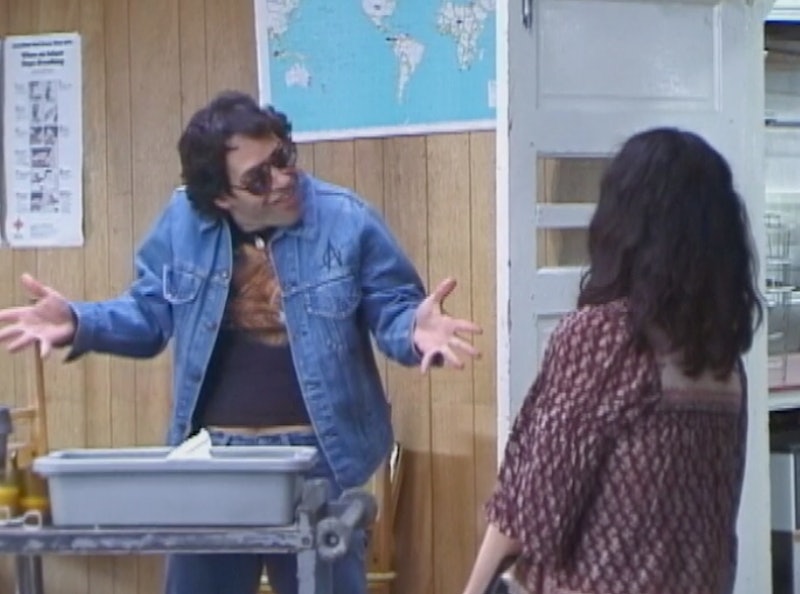 Pop culture chatter during the first weekend in August was unsurprisingly tethered to the Wet Hot American Summer: First Day of Camp premiere. The eight-episode prequel to the eponymous 2001 cult comedy film, likewise written and directed by David Wain and co-written by and starring Michael Showalter, hit Netflix on July 31, yielding an array of reactions from diehard fans of the 14-year-old feature film. But this focus on the outrageous new miniseries seemed to distract from another Netflix release we might have otherwise been talking about: Hurricane of Fun, a new documentary about the making of Wet Hot American Summer .

Many of us reveled in First Day of Camp’s joyful relationship with its predecessor — its thematically apropos determination to dispell just about everything established in the loose canon of Wet Hot American Summer . Others, however, left the series wanting for that special touch fostered by the original picture, perhaps having met with the series hoping for a reunion with, rather than a new twist on, the world and spirit of the film. If you belong to the latter camp, Hurricane of Fun might be in fact what you were looking for in the first place: a return to the whimsy we felt discovering Wet Hot American Summer back in ’01.

Offering behind-the-scenes footage, individual cast interviews, and insights into the on-set day-to-day, Hurricane of Fun could very well provide the dose of dewy-eyed nostalgia that First Day of Camp simply refused to offer. Here are a few takeaways from the documentary film that prove how willing it is to fill that wistful hole.

The cast lived, slept, and ate at the campsite all throughout shooting.

Sitting in for the fictional Camp Firewood was not a set, but an actual sleep-away camp: the New York-based Camp Towanda. The cast and crew actually slept in the bunks, dined in the mess hall, and goofed around on campus all throughout the monthlong shoot.

If you've been to camp yourself, you may have heard of this vexing mind game. The best part: only certain cast members knew how to play, rendering outsiders hilariously irritated.

Amy Poehler recalls the kindness of Wain and Showalter.

Throughout the doc, a number of Wet Hot stars call out preexisting relationships with their fellow cast and crew members. Then-rising-star Amy Poehler notes making fast friends with Wain and Showalter upon moving to New York when she was just starting out in show business.

Once the Frasier star found out that Garofalo would be playing opposite his character in the film, he was on board; it was her casting that helped him to understand the kind of comic tone that Wet Hot would be going for.

Bad weather brought the cast together.

The film was plagued with unusually bad weather for the area and season; it rained 21 of the 28 days in production. However, the cast maintained positive spirits, growing closer in light of being stuck in one another's company indoors.

There was a time at which Bradley Cooper was not yet famous.

Cooper graduated from acting school just two days before shooting on Wet Hot American Summer began. The doc's talking heads featuring Cooper show us a young man not yet run through the ringer of movie stardom.

The van crash scene was an intense moment on set.

Hurricane of Fun documents the sequence in which Victor (Ken Marino) crashes the camp van into a tree. You can practically feel the tension living amongst crew members as you watch the shooting of the tricky scene.

There's really no context offered for the above, but you can see it take way in action in the doc!

Paul Rudd was no slouch on the basketball court.

Witness a swish from half court, folks. Eternal youth and athletic prowess? Nothing to sneeze at.