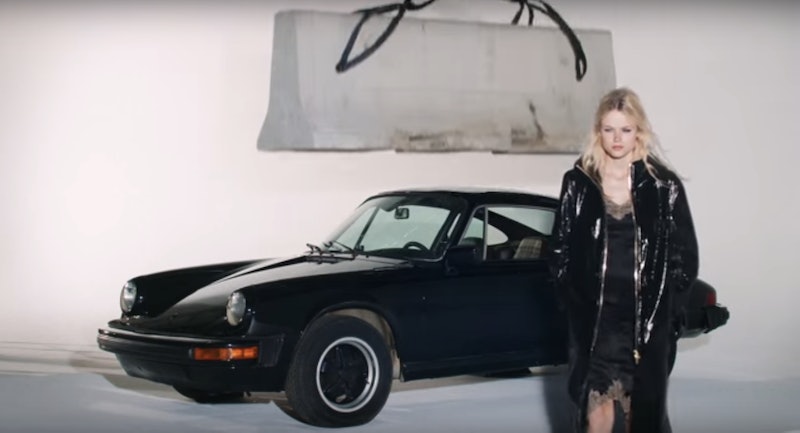 “This time marks the first time we have shot a full campaign in studio," Rag & Bone designer Marcus Wainwright said. "The concept revolved around bringing the city into studio, so we wanted to capture some of that intense New York energy where anything can happen.”

The Glen Luchford-directed clip features model and Endless Love star Gabriella Wilde wearing pieces from the collection, including a gorgeous black trench and killer combat boots, and starts off with hypnotic black smoke and flames coming out of a manhole (how did they do that in a studio, by the way?). The 1979 Porsche 911 appears about 20 seconds in and proceeds to get demolished in half by a cement block that's dropped from the ceiling. Wilde walks away unharmed from the scene of the auto crime. Watch the full Rag & Bone's F/W 2015 ad below:

Rag & Bone reportedly used a Porsche shell that they found in a scrapyard, but for car lovers the visuals were still way harsh.