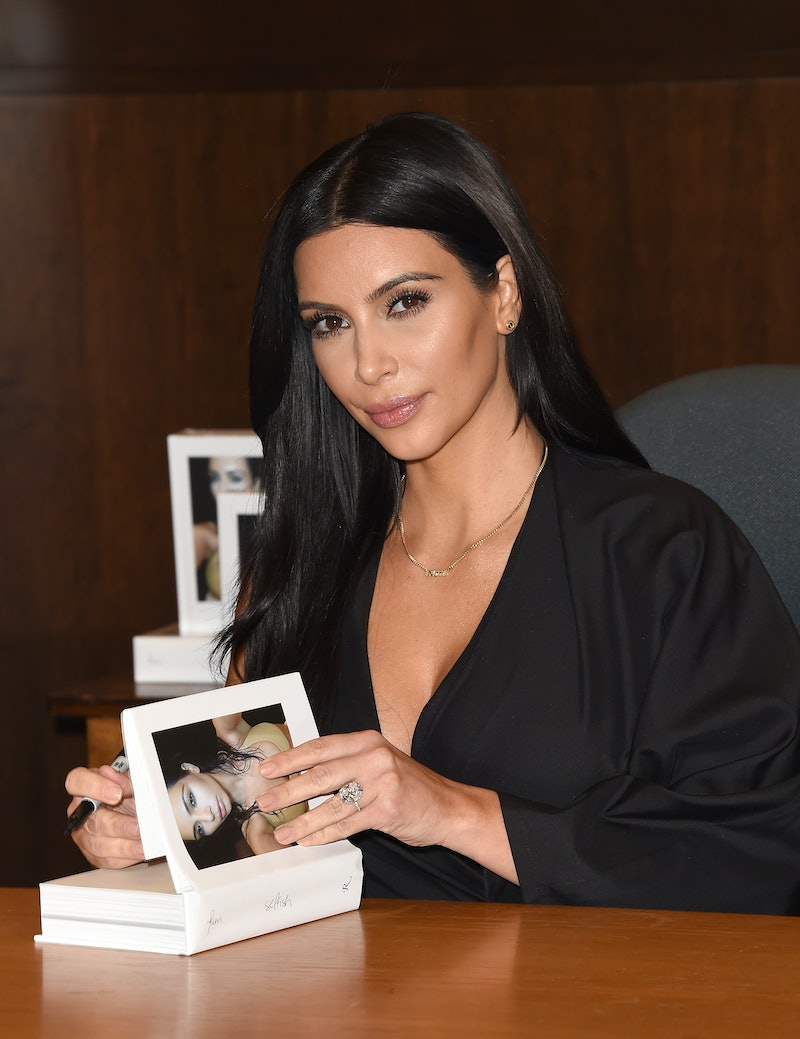 The numbers are in and they don't look good: Kim Kardashian's selfie book Selfish has sold only 32,000 copies since it's May 2015 release, according to Nielsen Bookscan. If you take into account the reality TV star's 41.4 million Instagram followers, less than one percent of her fans bought the book. Major ouch for Kardashian's vanity project.

Despite the huge publicity push for anything Kardashian-Jenner related, there just wasn't enough people interested in spending money on 445 pages dedicated to Kim's infamous self-portraits. Let's not forget that there are other celebrities who are addicted to selfies and ones who are much better at taking selfies than the Selfish author. Another possible reason for its lack of sales is that Kardashian's book was critically panned and wore off its novelty almost as soon as it was released.

It's almost a given for any media personality to reach a certain amount of fame (or notoriety) that "warrants" them a reason to release a memoir or ask a ghostwriter to pen a fictionalized version of their life. Dozens of other reality TV stars have written a book, from the Real Housewives to Jersey's Shore's Snooki. At least Selfish offers some life lessons in its glossy pages. And just because Kardashian's selfie book didn't do so well, it doesn't mean that she should give up on book-writing just yet.

Here are other ideas for Kim Kardashian's next book:

This is probably already in the works, judging by how successful Kim's contouring classes with Mario Dedivanovic have been.

Kruising with the Kardashians, anyone?

Imagine a pop-up book about the adventures of little Nori. This has New York Times bestseller written all over it, IMHO.

More like this
How To Stream 'She Said' In The UK
By Maxine Harrison
Why TikTok's 15-Minute Cleansing Challenge Isn't All It's Cracked Up To Be
By Rebecca Fearn
Here Are All 703 Outfits Rachel Wore On Friends
By Kat George
The Best Heels For Bunions, According To A Podiatrist
By Margeaux Baulch Klein and Maria Cassano
Get Even More From Bustle — Sign Up For The Newsletter