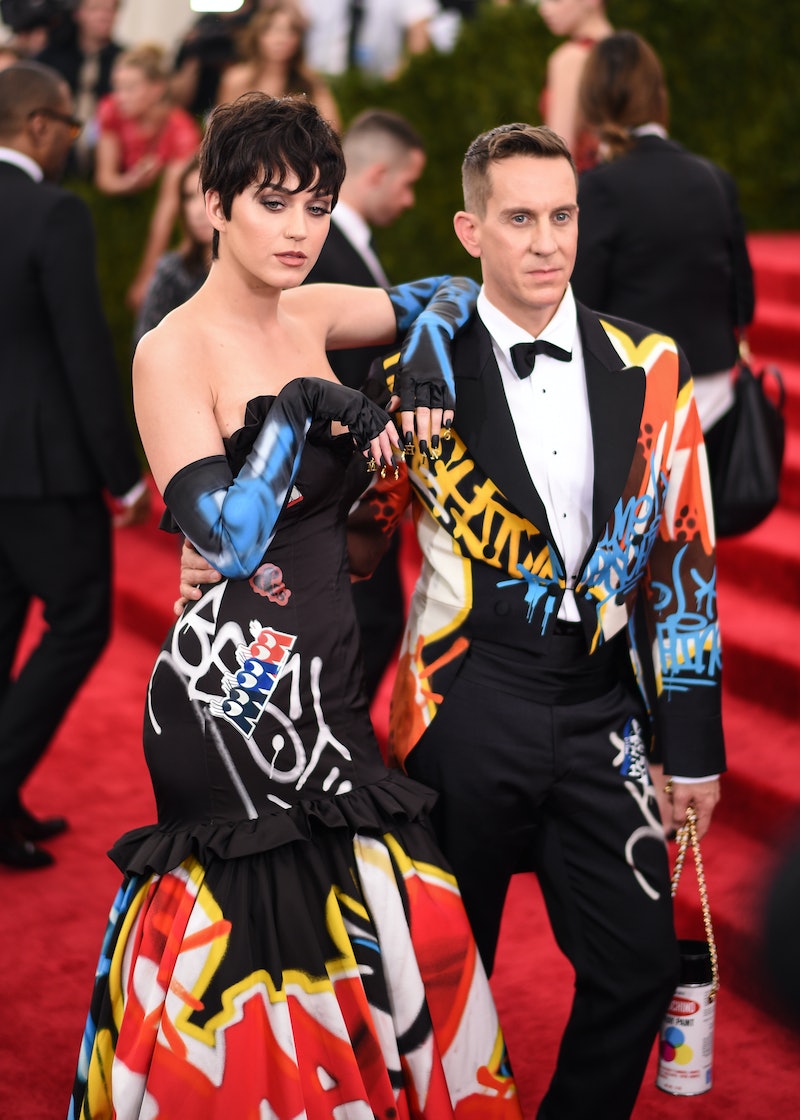 Street artist Joseph Tierney, who goes by the moniker of “Rime,” has a serious problem with one of this year's Met Gala ensembles. Katy Perry's Met Gala gown, designed by Jeremy Scott for Moschino, is at the center of a lawsuit in which Tierney claims that his original work was copied by the designer, according to The Hollywood Reporter.

There are several layers to his complaint. Tierney is seeking an injunction, a disgorgement of profits, which basically forces an entity to give up the profits made from an illegal act, and other monetary damages.

According to The Hollywood Reporter, Tierney filed a lawsuit in California this week, alleging that the brand and the designer stole his “Vandal Eyes” mural. Tierney also alleges that the mural, which lives on a Detroit building, was directly copied onto Perry's black dress. The artist additionally claims that Moschino and Scott took not only the image, but also his name and his signature.

The suit calls the design an act of "literal misappropriation" and even claims that Moschino and Scott superimposed their names in spray paint fashion as if they were part of the original piece. It alleges that they took the work and passed it off as their own and that they used and benefitted from Rime's work without seeking proper permission, according to The Guardian.

According to THR, Tierney also alleges that Perry, who is a Moschino spokesmodel, was paid to wear the dress to the high-profile event and therefore drummed up publicity for the brand. He also claims that damage was done to his reputation, since Perry ended up on many Worst Dressed Lists due to the dress.

It’s not just the dress itself that has infuriated the artist, who admitted in the suit that he has worked with Disney, as well as with Adidas and Converse on limited edition items, yet often declines corporate licensing for his work. He also refuses to make his original art available online or at retail locations.

The reason Rime is so miffed about Moschino and Scott allegedly lifting his work is the fact that he himself is more interested in his street reputation than with associating with a luxe brand, according to the suit details.

The suit states: “In particular, nothing is more antithetical to the outsider 'street cred' that is essential to graffiti artists than association with European chic, luxury and glamour — of which Moschino is the epitome.”

The suit also calls attention the fact Perry and Scott arrived at the event in a spray-painted Rolls Royce and carried fake cans of Moschino spray paint, which would suggest that Moschino and Scott were "responsible for the artwork."

Bustle reached out to Moschino and Rime for comment, but did not hear back as of press time.

Update: A rep for Moschino responded with this comment on August 6: "We were not aware that a lawsuit had been filed until yesterday. Many of the allegations, especially the inflammatory and gratuitous allegations of wrongdoing are false. We intend to vigorously defend the lawsuit. During the pendency of a lawsuit, it is our practice not to comment on the specific facts of an ongoing case."